Gregory Distribution is continuing its drive towards a more sustainable and environmentally friendly operation by installing its first bio-LNG refuelling station by Gasrec.

Last year the company began a trial to test the sustainability of bio-LNG to replace diesel in its fleet of more than 1,000 trucks, initially running seven Volvo FH LNG 6×2 tractor units as part of its operations in Bristol and Magor. 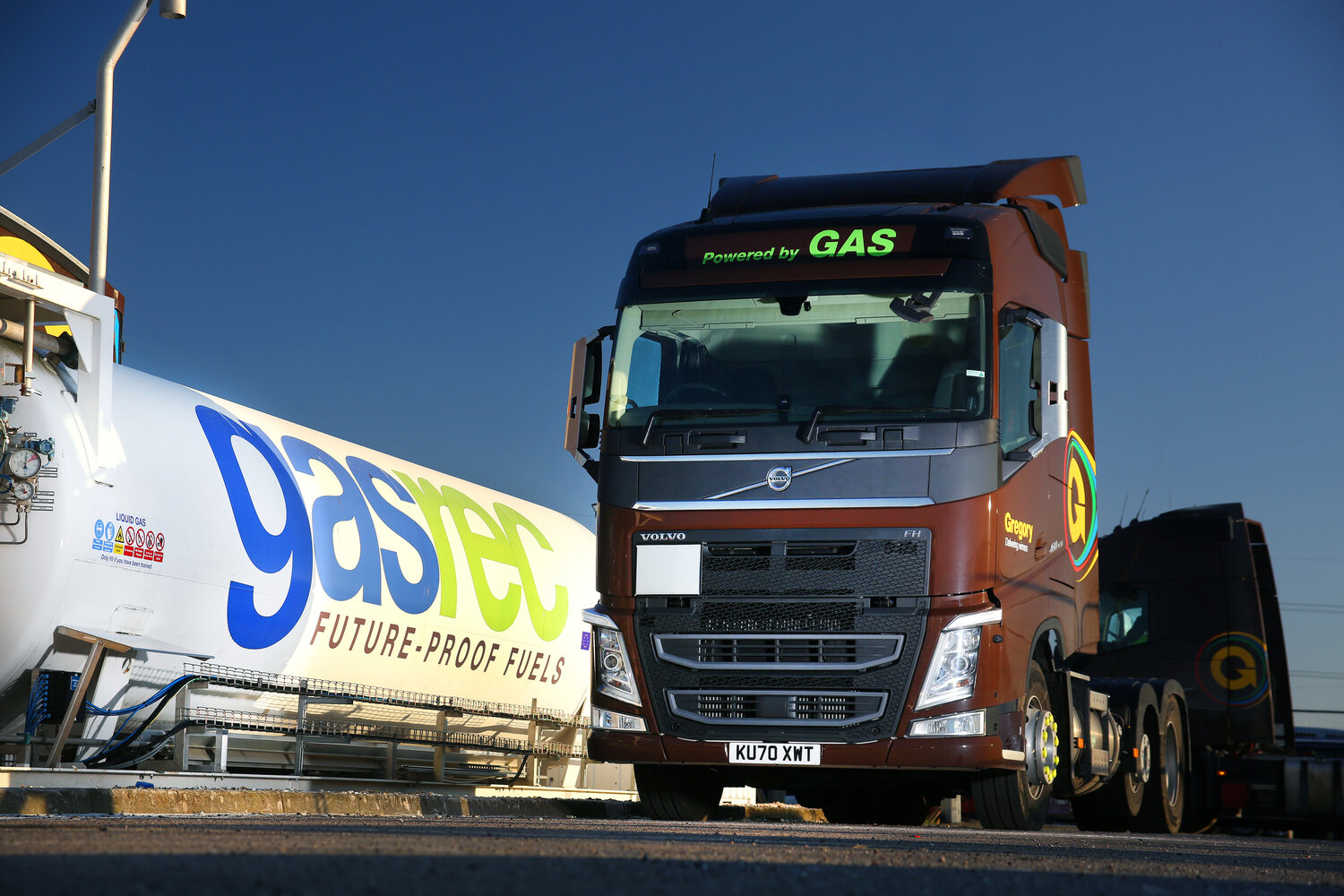 The success of the trial has led the company to its next move, installing the station, owned and operated by Gasrec at its depot in Cullompton, Devon, to fuel a further order of 13 Volvo FH LNGs.

Bio-LNG-powered trucks can return CO2 savings as high as 95 per cent, plus deliver an impressive 99 per cent reduction in particulate matter and 90 per cent in NO2 emissions compared to equivalent Euro VI diesel trucks. Heavy goods vehicles running on gas are also around 50 per cent quieter than their diesel counterparts.

Paul Jefferson, group legal, risk and sustainability director at Gregory Distribution, said: “The transition to alternative fuels is a key part of our long-term strategy and this new facility is a continuation on that journey.

“We put our first LNG trucks on the road last September and the reduction in carbon emission has been clear to see.

“The technology has come on leaps and bounds in the past 12 months and the feedback from the drivers on the Volvo trucks has been hugely positive. The one challenge we have faced with LNG has been the infrastructure; but now with the help of Gasrec, we are taking control of our destiny by getting this facility on our own site. It’s a major step forward.”

“There is a growing expectation from our customers to support them in their sustainability strategy and objectives,” added Jefferson. “Right now, for our long-distance work, Bio-LNG is the best option to help reduce our carbon footprint.”

Commenting on the infrastructure, Gasrec’s chief commercial officer James Westcott said: “We have installed a pumped mobile refuelling station which we use to seed new locations where we want to get bio-LNG into an area quickly. The plan is to get a more permanent refuelling station at Cullompton, but the fast-moving nature of this industry requires a flexible approach.

“The fact that we were able to deliver this facility direct to Gregory Distribution, from Reed Boardall’s site in Boroughbridge, shows how quickly we can help our customers get this cleaner fuel into their fleets.”