The Fiat Ducato was the best-selling van in Europe in 2020, according to new data.

Dataforce says the Italian van became the best-selling commercial vehicle – of all segments – on the European market for the first time since it was launched in 1981.

The Ducato sold around 150,000 units in Europe in 2020, according to Dataforce, and had a market share of 20.5 per cent, with an increase in volumes of 7.6 per cent and in share of three percentage points, in a market scenario that has fallen.

Last year, the Ducato was the leader in the large van segment in 13 European markets and is the only one created specifically as a motorhome base.

A spokesperson for the brand says: “Since its debut, the Fiat Ducato has won over the public with its robustness and great reliability. However, from the first series onward, professionals who have chosen the Ducato have appreciated it not only for its stability, but also for its versatility and ease of use.

“The forerunner of a new commercial vehicle concept boasts undisputed leadership in its segment, vindicated by sales figures of more than three million units [since 1981].” 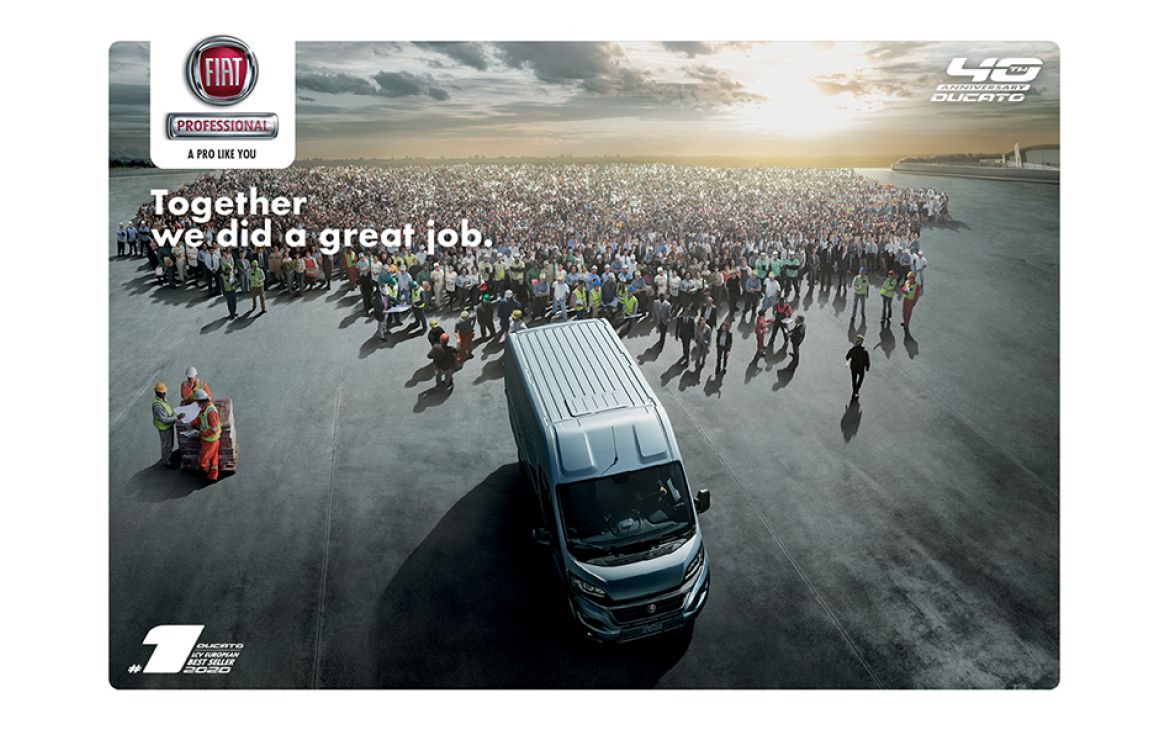