Daimler is considering splitting the company in two, in what is being described as “a historic moment” for the German firm.

The proposal would separate out the car and van-making side from the heavy truck and bus operations.

In a scheme called ‘Project Focus’, its truck and bus business would form a new company, called Daimler Truck, to be listed on the German stock exchange at the end of 2021.

The remainder of the Daimler business – covering van and car – would be renamed Mercedes-Benz “at the appropriate time”, the brand said in a statement.

The result would be two independent companies, with a “significant stake” in the truck spin-off distributed to current Daimler shareholders.

It says that the new operations would benefit in their growth plans by being “free from the constraints of a conglomerate structure.”

As a result, Daimler Truck would “accelerate its path towards zero emissions as the world’s largest truck and bus producer and technology leader.”

Daimler said the final decision on the spin-off “is planned to take place in Q3 2021”. 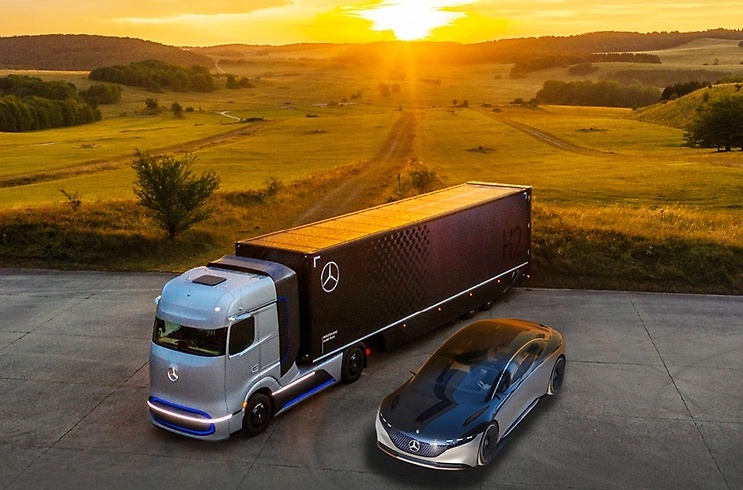 Ola Källenius, chairman of the board of management of Daimler and Mercedes-Benz said: “This is a historic moment for Daimler. It represents the start of a profound reshaping of the company.

“Mercedes-Benz is the world’s most valuable luxury car brand, offering the most desirable cars to discerning customers.

“With their different return profiles and capital needs, the rationale for two independent entities is evident.

“We have already defined the future of our business with battery-electric and fuel-cell trucks, as well as strong positions in autonomous driving.

“With targeted partnerships we will accelerate the development of key technologies to bring best-in-class products to our customers rapidly.”

The Daimler Truck business would have a fully independent management, stand-alone corporate governance including an independent chairman of the supervisory board, and would target to qualify as a DAX company – the blue chip stock market index consisting of the 30 major German companies trading on the Frankfurt Stock Exchange.

“Both companies operate in industries facing major technological and structural changes. They will be able to operate most effectively as independent entities …free from the constraints of a conglomerate structure.”