The Driver and Vehicle Standards Agency (DVSA) in Britain has confirmed that tyres aged over 10 years will be banned on the front axles of lorries, buses, coaches and all single wheels of minibuses with effect from February 1, 2021. 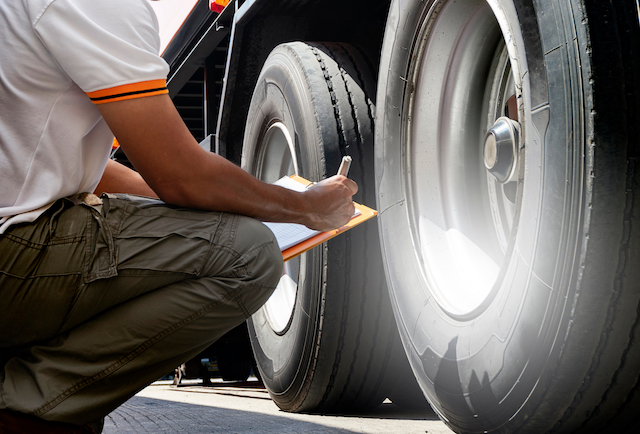 The ban only covers England, Scotland and Wales, with seperate legislation measures needed for Northern Ireland.

The DVSA says it will be enforcing the legislation at roadside checks along with the vehicle annual test.

From February 1, Construction and Use Regulations will not allow tyres aged over 10 years old to be used on the front steered axles of HGVs, buses, coaches or all single wheels fitted to a minibus (nine to 16 passenger seats).

So, if used it will mean a dangerous fail at annual test and a prohibition.

If inspected at a DVSA enforcement check, tyres aged over 10 years old found on these positions will be considered dangerous and attract an ‘S’ marked immediate prohibition notice.

It will also be a requirement for the manufacturer’s date code to be legible on all tyres fitted to HGVs, trailers over 3.5 tonnes, buses, coaches and minibuses. If a tyre is a retread then the manufacturer date is taken from when the retread was carried out.

Tyres without a legible manufacture date code, fitted to the front steered axle of HGVs, buses, coaches or single wheels fitted to a minibus will fail the annual test.

If found at a DVSA enforcement check this would attract a delayed prohibition.

However, if there are also obvious signs of deterioration of the tyre the action will be increased to an ‘S’ marked immediate prohibition notice.

If the manufacturer date code is not legible on other wheel positions, this will also be an offence and a minor fail result will be recorded at annual test. This would not prevent the issue of a pass certificate but there would be an expectation that the tyre is replaced.

If the date code is not legible at an enforcement check an inspection notice would be issued and again, we would expect the tyre to be replaced.