Continental and VDL Bus & Coach have pooled their expertise and jointly developed initial prototype tyres for electric urban buses. These are currently being tested at Continental’s Contidrom proving grounds in Germany. 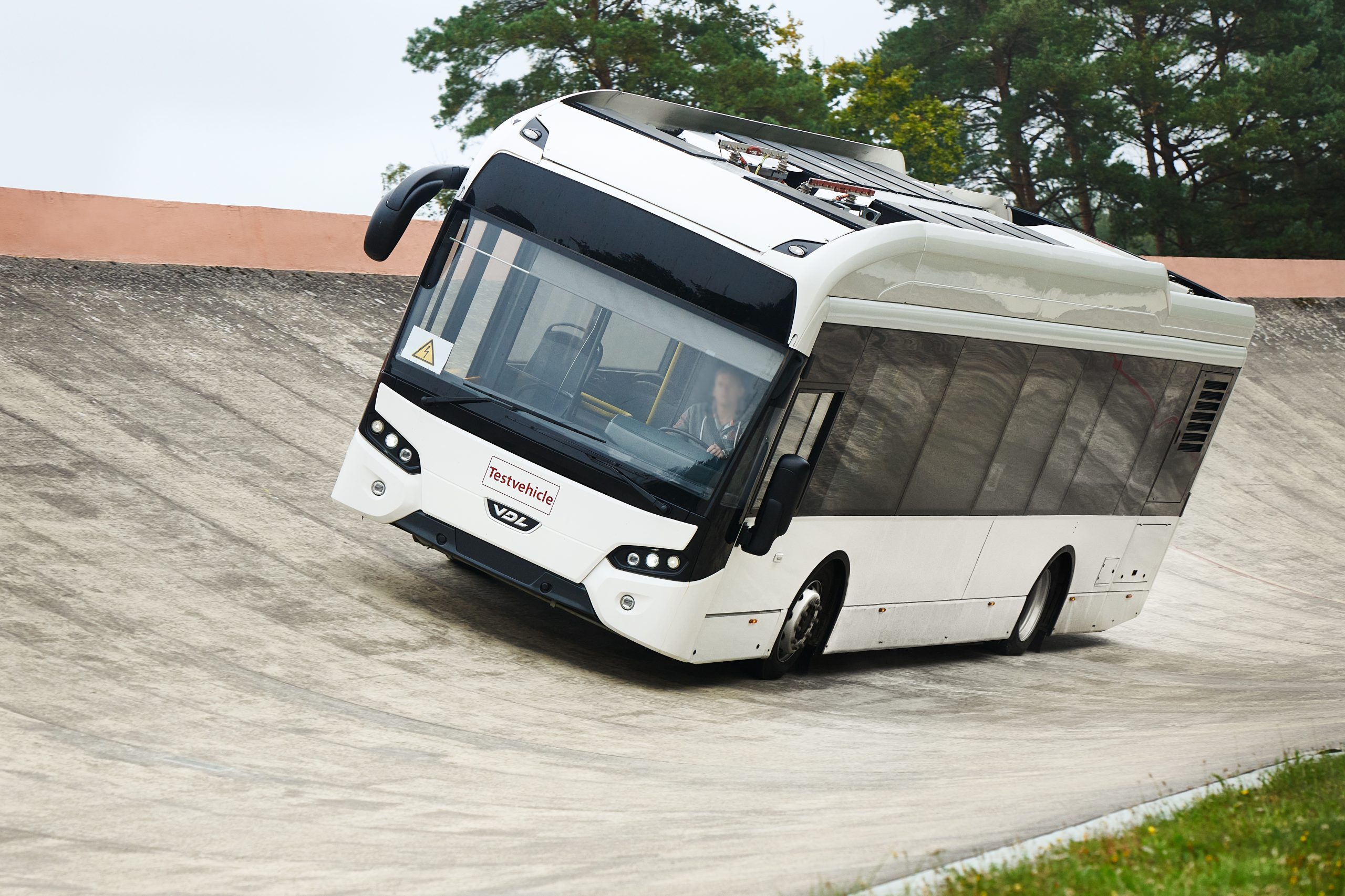 VDL Bus & Coach launched its first electric Citea urban bus back in 2013. Since then, electric buses from VDL have covered more than 75 million km in a variety of European cities, saving emissions of 11 million metric tons of CO2.

“As with all electric vehicles, these bus tyres are exposed to higher torque when moving off and accelerating,” explains Ben Hudson, automotive engineer at Continental Truck tyres.

But as he goes on to say, with tyres for electric urban buses there are other considerations involved, above and beyond those experienced in previous EV projects: “In downtown traffic in particular, vehicles need to run very quietly, so that the comfort offered by quiet electric drive isn’t diminished by loud road-tyre noise.”

In addition, the deceleration of electric buses in urban traffic is a key factor in the energy recovery or ‘recuperation’ process. Here, the electric motor acts as a generator and, driven by the deceleration of the bus, produces energy to charge the battery. This leads to a marked increase in the vehicle’s range. Compared to conventional brake management systems, this process of recuperation puts added strain on the drive axle tyres.

Consequently, tyres for electric buses have to cope with tougher requirements than their counterparts for buses with combustion engines.
“At the same time, they need to deliver the same mileage and meet the same safety standards as bus tyres for conventional drive systems,” explains Hudson. The trade-offs between mileage, braking and handling performance, are technically demanding.

“We are up against new requirements here,” he adds, “but obviously we’re not going to accept any compromises in terms of robustness or braking performance. Safety takes top priority for us.”

Right now, the tyres on the VDL vehicles at the Contidrom are still running on tyres built by the Prototyping department in Hanover-Stöcken with hand-carved tread patterns. As a rule, the tyre development cycle from initial prototype to volume production takes three to five years.

For the e-bus tyres the aim is to shorten that cycle. “When developing this concept tyre, we’re not restricted by what has gone before in previous generations of tyres,” says Hudson.

“That gives us the freedom to try out entirely new concepts and ideas. If these prove successful, we’ll put them into practice very quickly and feed them into the development of the next line of tyres.”

This, he says, can lead to significantly shorter development cycles, meaning that Continental can react faster to market requirements. And in the search for the best possible solution, time is a key factor. Given the rapid pace of progress in the electric mobility segment, demand for suitable tyres is growing fast.