The Fleet Operator Recognition Scheme (FORS) is encouraging members to heed warnings about bridge strikes, after Network Rail revealed bridges are struck by HGVs five times every day on average, across the UK.

Official figures from Iarnród Éireann meanwhile tell us that there were 69 bridge strike incidents on the Irish rail network in 2019. There have been 52 so far this year. 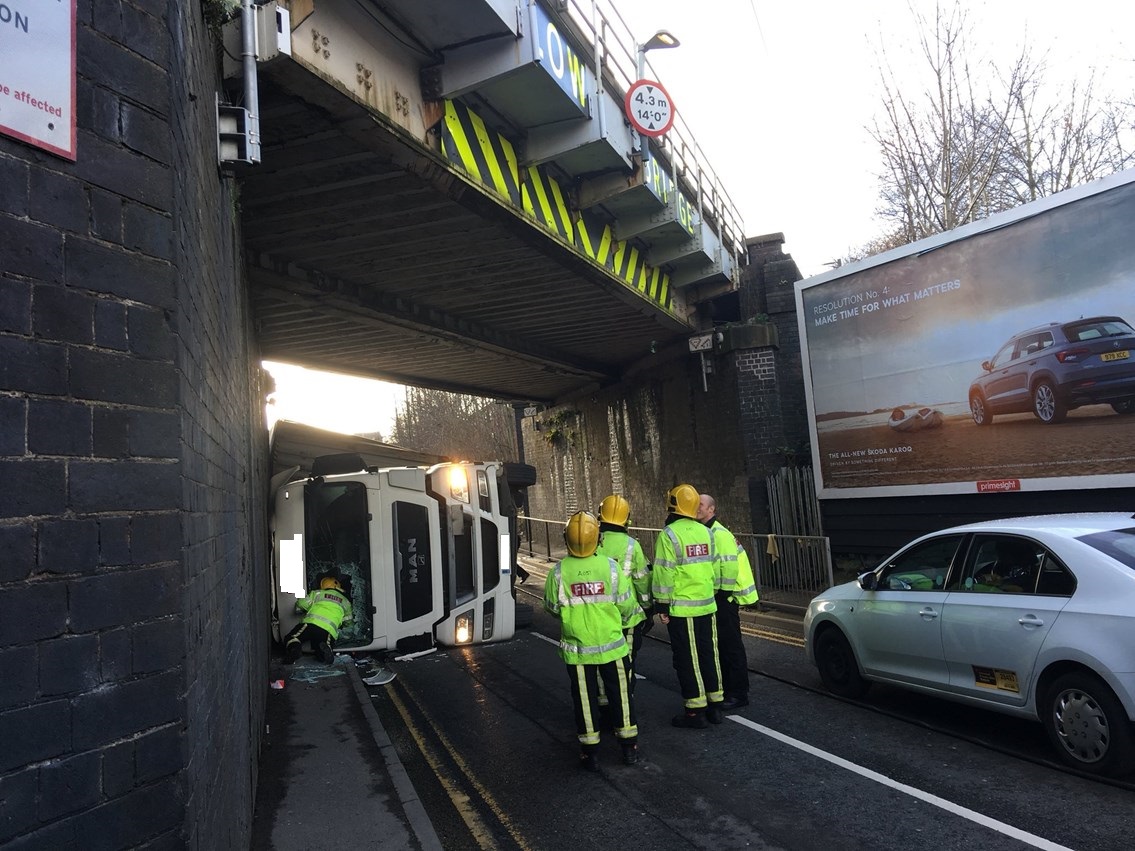 Aligned with Network Rail’s ‘Lorries can’t Limbo’ campaign, FORS is reminding its members to ensure HGV drivers are fully aware of the dangers of potential bridge strikes. Bridge strikes are not only dangerous and extremely costly, but can result in organisations losing their operator’s licence.

Over 63,000 FORS members have completed the FORS Professional Bridge Smart eLearning module, which was launched in December 2018 to address the issue of HGVs striking bridges. And this positive uptake is helping to make a difference, with Network Rail reporting a 13 per cent decrease in bridge strike incidents nationally between April 2019 and April 2020 (compared to the previous year).

Despite these positive results, FORS director John Hix says it is still a topic which should be front of mind. Hix said: “These are really positive results which I believe are a good reflection of the strong uptake of our Bridge Smart eLearning module since its launch. Yet, just like Network Rail, FORS wants to do even more to reduce incidents.

“It is important to remember that unlike some complex safety challenges faced by road transport operators, bridge strikes are almost entirely avoidable, yet they cause significant damage and huge safety concerns. The more we can do to educate drivers about the dangers of bridge strikes and how to avoid these, the better.”

Incidents of bridge strikes peak in the winter months, with HGV traffic increasing to meet the need for online deliveries, particularly ahead of Christmas.