Tesco has put 30 electric delivery vans on the road in Greater London this month, with plans to have a fully electric home delivery fleet by 2028. 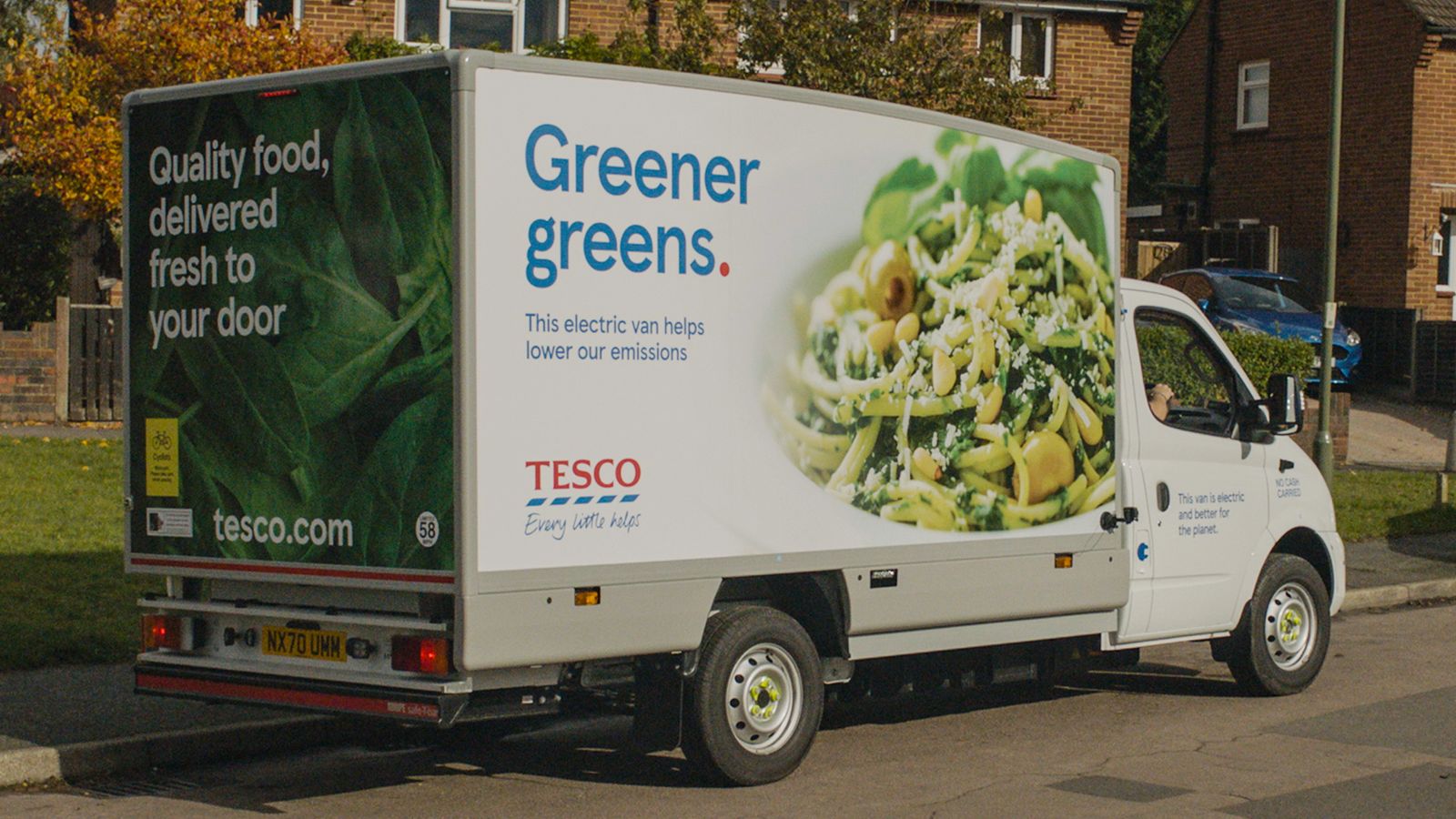 To support the wider adoption of electric vehicles across the UK, Tesco is also rolling out 2,400 charging points for customers across 600 stores, with 400 stores due to be fitted with the chargers by the end of 2020.

This coincides with Tesco’s new partnership with renewable energy investor, Low Carbon, that will see the creation of three new solar farms in the UK. The solar farms in Essex, Anglesey and Oxfordshire will generate up to 130GWh of energy per year, enough to power 44,828 three-bedroom homes, and help Tesco procure more renewable energy with additionally for the grid.

The work is part of the retailer’s commitment to use 100 per cent renewable electricity across the Tesco Group by 2030 and will save 30,308 tonnes of CO2 per year, the equivalent of taking 14,457 cars off the road.

The current project follows the supermarket’s announcement last year that it would begin sourcing renewable energy from five onshore windfarms. This is in addition to fitting thousands of solar panels across its UK store network, with 60 stores fitted out already.

Tesco already sources all its electricity in Ireland, the UK, and Slovakia from certificate-backed renewable electricity.

Jason Tarry, Tesco UK and Ireland CEO said: “In 12 months’ time, the UK will host the most critical climate change summit of the decade, known as COP26. At Tesco we want to play our part. That’s why we’ve brought forward our ambition to reach net zero in our UK operations by 15 years and made a series of new commitments to help us achieve that target, including reaching a new milestone today in our journey to using 100 per cent renewable energy by 2030.”