Go-Ahead is launching the first fully electric bus fleet in the North East of England as it backs the government’s commitment to go ‘net zero’. 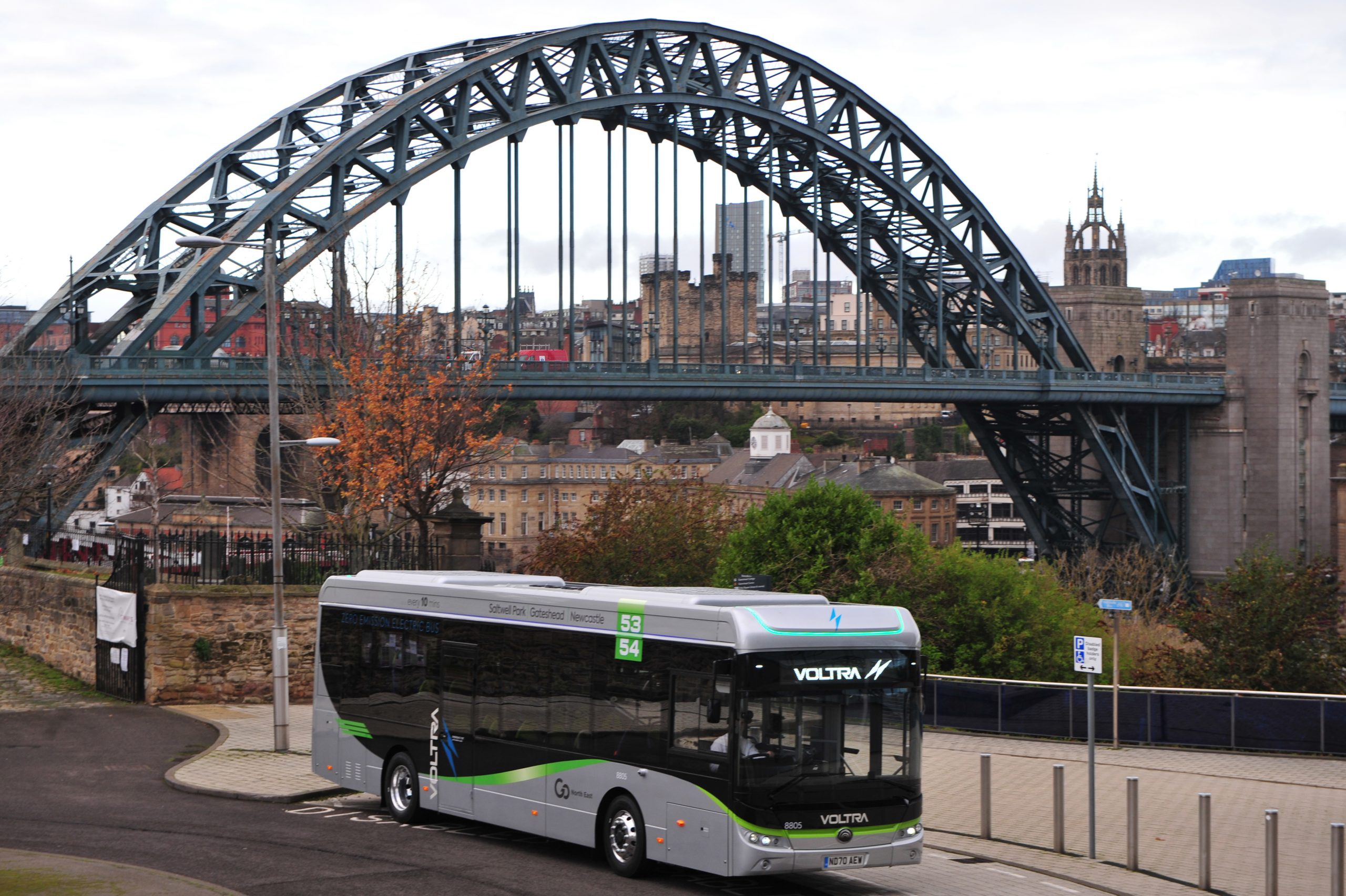 The new fleet of electric buses on its Go North East services will provide 55,000 journeys a year to nearly two million passengers in the region.

The nine new high-tech electric buses have begun service and will cover 300,000 miles across Newcastle and Gateshead each year.

The move is part of Go-Ahead’s commitment to have a ‘net zero’ bus fleet by 2035.

The company has also introduced more than 50 geo-fenced, extended range, double deckers into Brighton, which switch to zero-emission only in the city’s Ultra Low Emissions Zone.

In addition, Go-Ahead revealed it is “in talks regarding what has the potential to be Europe’s biggest ever order of hydrogen buses for operation in Crawley and Gatwick”.

Transport Secretary Grant Shapps said: “As we look to decarbonise transport while levelling up local economies across the North-East, I’m delighted to see key industry partners actively supporting our ambitions to end the UK’s contribution to climate change by 2050.

“And that’s not all – we’re also investing £120 million to begin the introduction of at least 4,000 zero emission buses, accelerating the decarbonisation of the bus fleet, reducing carbon emissions and improving air quality for all.”

Go-Ahead CEO David Brown added: “Covid-19 has put an incredible strain on the country, the economy and public transport but tackling climate change remains as important as ever.

“The bus will be vital to getting Britain back on its feet, to bringing down emissions and tackling air pollution, which many experts believe has contributed to the severity of the virus we face.”

“Our investment in electric buses in the North East of England and our wider work in decarbonising our fleet signals our commitment to working with the Government to deliver their pledge to decarbonise transport and clean up the air that we breathe.”

Go North East – the region’s third-largest private sector employer – will charge the buses overnight at its state-of-the-art Gateshead Riverside depot. The buses are the result of a £2 million investment with top-up funding from the UK government’s Ultra-Low Emission Bus Fund.

The buses also offer free WiFi and wireless and USB charging, as well as the introduction of tap-on, tap-off contactless payment.

Go-Ahead already runs the largest electric bus fleet in the UK, and it will rise to 190 with this latest investment. Some 70 further electric buses will also enter service in London by April 2021.