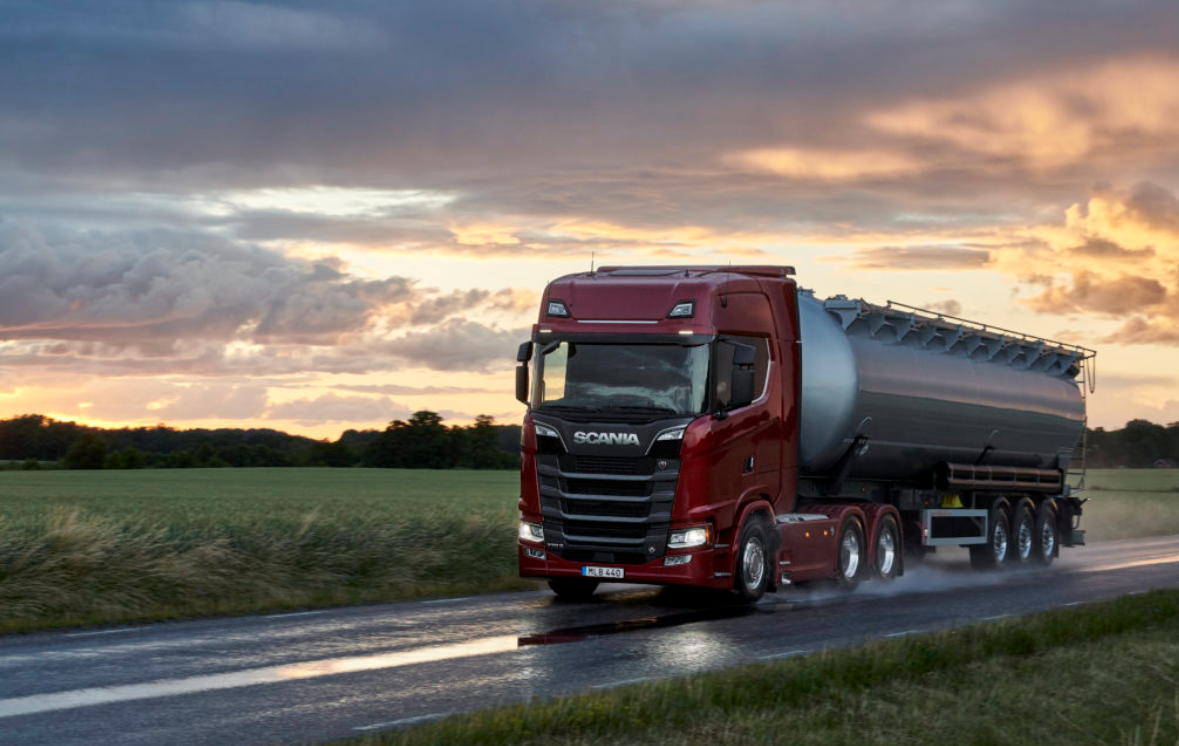 While development of future electrified powertrain is crucial, Scania asserts that the internal combustion engine still plays a vital role in the commercial vehicle industry.

Alexander Vlaskamp, executive vice president, head of sales and marketing, said, “While shifting to fossil-free transport, we all must do everything to improve our current solutions. A typical long-distance truck in Europe covers around 150,000km per year. A reasonable saving on markets where longer and heavier combinations are permitted can be around 3,000 to 4,000 litres annually for a truck with our new V8 – a tremendous achievement in every respect.”

Scania’s new headline engine is a 770bhp V8 with 3700Nm of torque, which the company claimed is “probably” the most powerful, factory-built production engine available.

Concluding, Vlaskamp added, “We see a growing a demand for trucks capable of handling GTWs of 60 tonnes and above, especially for road-going combinations. The fastest way to increase transport efficiency is with longer and heavier truck combinations. The added fuel for a heavier vehicle is compensated by the greater payload capacity. The CO2-per-tonne calculation is favourable, and in addition there is the opportunity to run your Scania V8 truck on renewable biofuels.”