The truck is part of a batch of four vehicles ordered by DAF Trucks Australia and is shortly to be exported, specified for the country’s fuel tanker market. 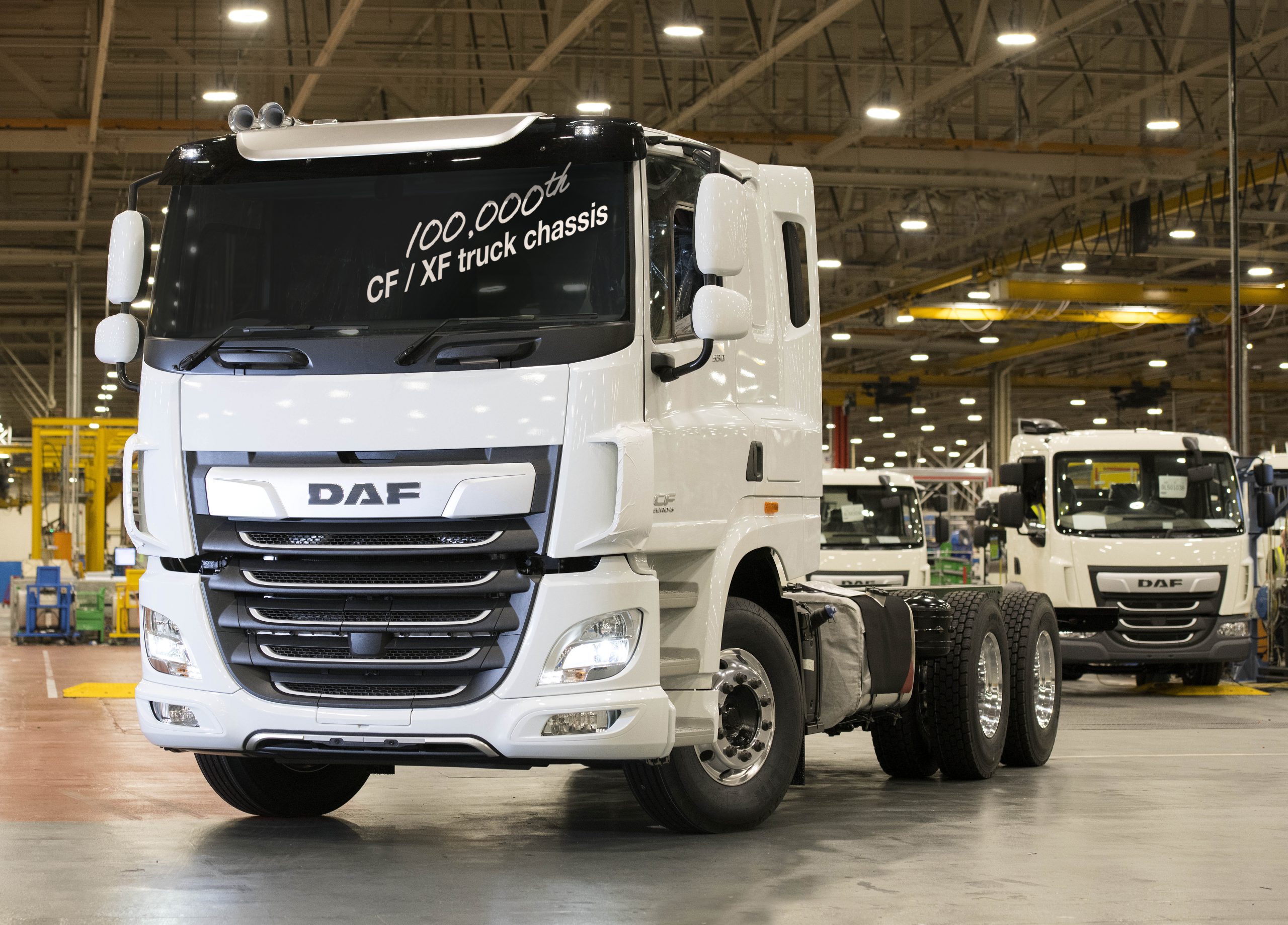 The state-of-the-art Leyland production facility has been producing DAF-branded commercial vehicles since the late 80s.

Nowadays, Leyland Trucks builds the full range of market-leading DAF LF, CF and XF chassis in any configuration. Most of the CF and XF trucks that leave the assembly line are produced for right hand drive markets, such as Ireland, the UK and Australia.

The plant recently received the coveted Queen’s Award for Enterprise 2020 for increasing exports by almost 50 per cent over the last three years.

“There is a proud heritage of truck building in the UK and at Leyland, culminating with the production of the current line-up of DAF trucks today. 100,000 CF and XF chassis is a landmark moment representing an exceptional commitment from everyone here at Leyland and from the wider DAF organization world-wide.”