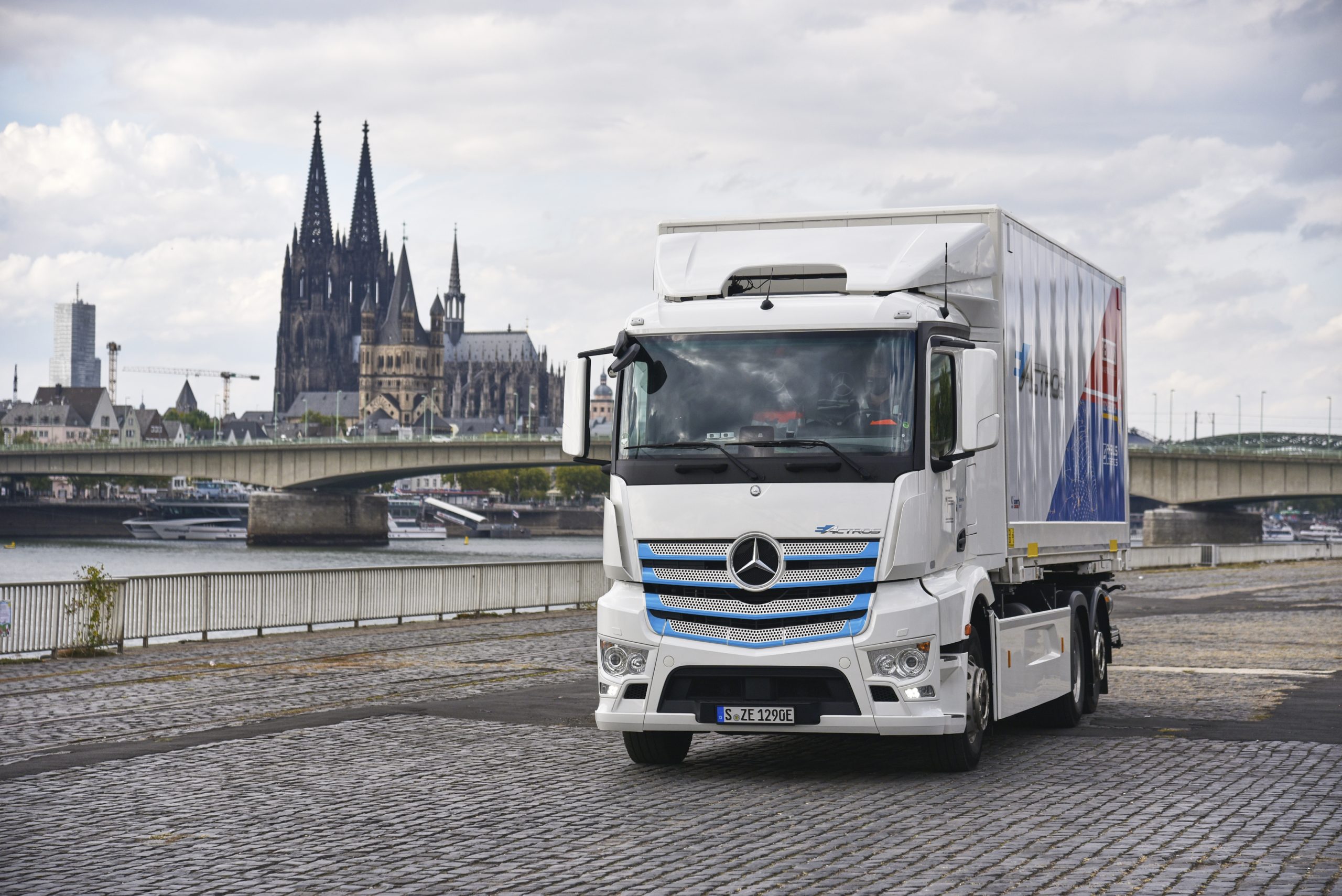 The leading company for recycling and water management as well as municipal and industrial services is operating a 25-tonne truck with a range of around 200 km in its waste management business as part of the so-called waste container service – the transportation of new, defective or repaired waste containers.

In doing so, the fully-electric eActros also drives along routes that are off-limits to conventional trucks. The batteries of the eActros are recharged overnight at the Remondis depot in the city’s Rodenkirchen district. Remondis is testing the eActros together with its sister logistics company Rhenus as part of a joint project for testing alternative drives.

Heinz Uliczka, head of sales trucks west at Daimler Truck AG said: “After the first vehicles were handed over in the Netherlands and Germany, the second test phase of our eActros ‘Innovation Fleet’ is now gathering speed. With Remondis, we were able to win a customer which plays a pioneering role in the important urban municipal operations. This use case experiences a high proportion of stop-and-go traffic and daily tours can be well-planned; as a result it is ideal for testing our battery-electric eActros. We are looking forward to the intensive customer testing of the electric truck together with Remondis and Rhenus.” 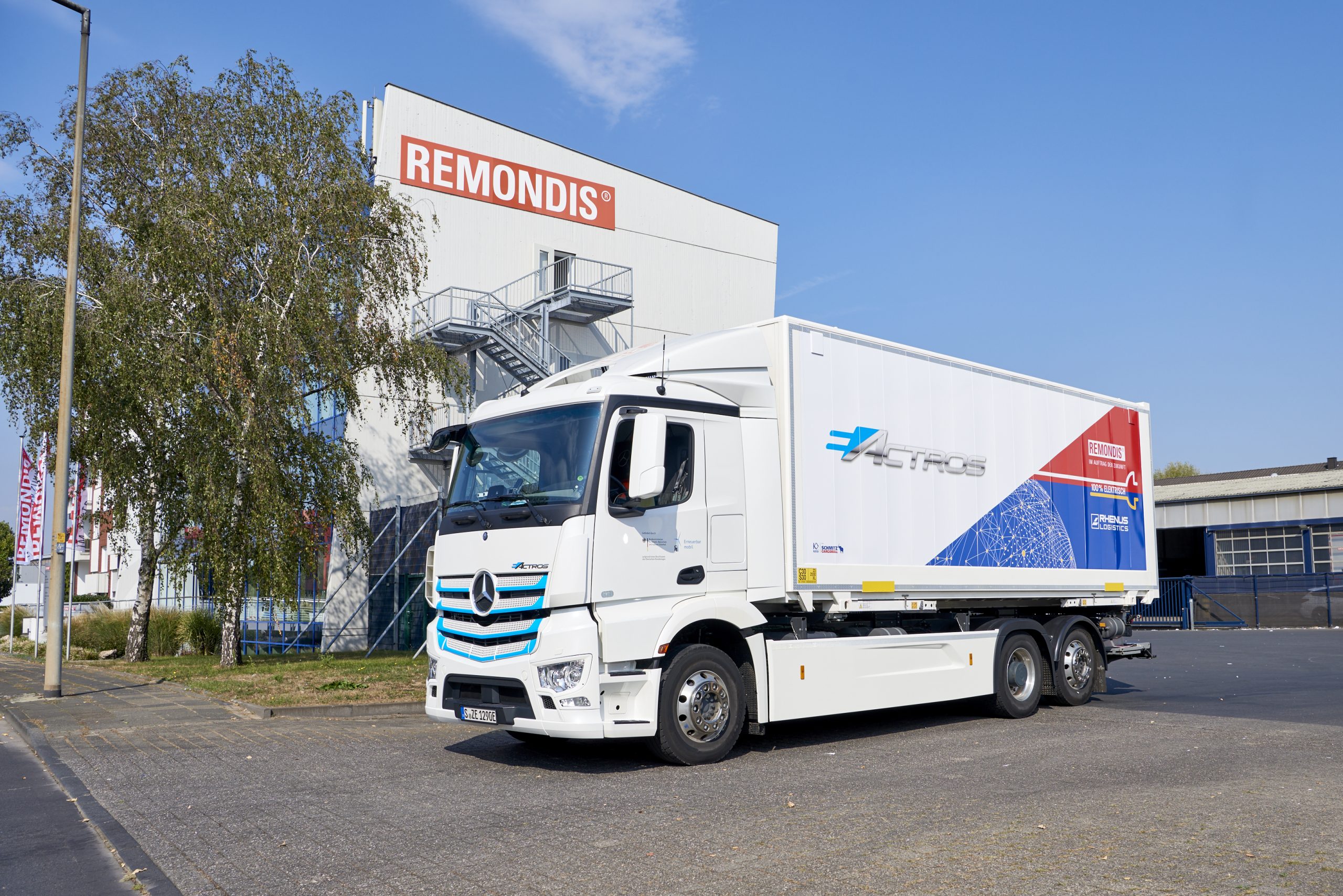 One of the many findings gained during the practical tests in the first test phase is that the range of the eActros of approximately 200 km has proven to be absolutely realistic – regardless of load, route or topography. The eActros is in no way inferior to a conventional truck in terms of availability and performance in urban traffic, on highways or on overland routes. The cooling system for the cargo and the air-conditioning system – both electrically operated – functioned without any limitations in both extreme heat and winter conditions.

The test drivers praised the continuous availability of torque across the entire speed range. They also mentioned the truck’s quietness in operation and the pleasant, smooth driving experience. Furthermore, if the truck is driven with foresight, electrical energy can be recovered through recuperation, i.e., motor braking. It is then rarely necessary to use the brake pedal.

The W.BO swap body from Schmitz Cargobull for dry-goods transport is a smooth-wall box in steel construction with various equipment options such as double-decker system and roller door, and a keyhole system as standard equipment.

The eActros is based on the chassis of the Mercedes-Benz Actros. In addition, however, the vehicle’s architecture is completely geared to electric drive and has a high proportion of specific parts. Two electric motors close to the rear-axle wheel hubs provide drive with an output of 126 kW each and a maximum torque of 485 Nm each. This results in 11,000 Nm each after the transmission ratio, providing a performance equivalent to that of a conventional truck. Lithium-ion batteries with 240 kWh supply the energy for the eActros. Depending on the available charging power, the batteries can be fully charged within two hours (at 150 kW).