The Metropole Rennes has signed a declaration of intention to buy 92 Mercedes-Benz eCitaro fully electric city buses. The planned order consists of 59 articulated and 33 solo buses. They are due to be delivered between 2022 and 2025. 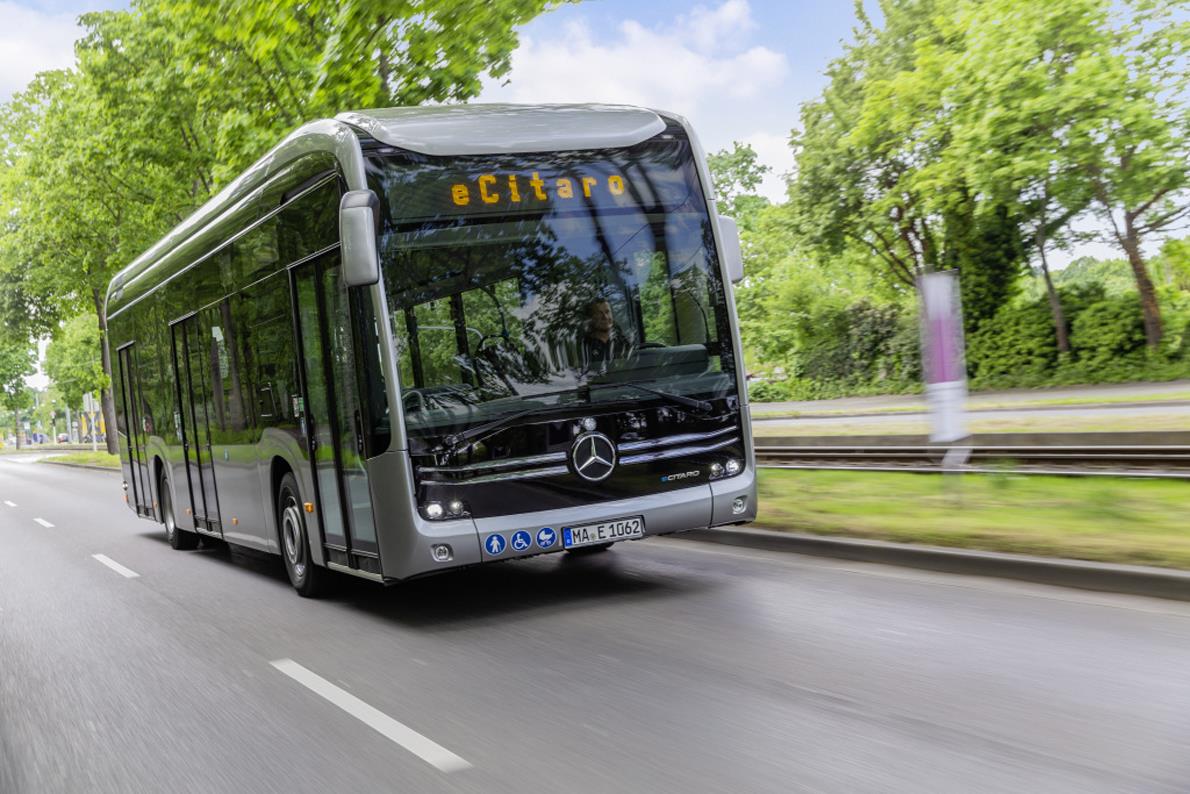 “We are absolutely delighted to receive the largest export order so far for the Mercedes-Benz eCitaro from Metropole Rennes and we are pleased to support the borough in implementing their ambitious climate aims,” says Mirko Sgodda, head of marketing, sales and customer services at Daimler Buses.

Rennes is the capital of the French region Brittany. More than 200,000 people live inside the city, and when the suburbs are included there are approximately 400,000 people. The city has an advanced public transport network the thoroughly modern public transport network Star-Network. It includes a fully automatic subway, about 70 bus routes, school bus services and also bicycles and electric bikes for hire. Rennes wants its bus fleet to be completely electrified by 2030.

The Mercedes-Benz eCitaro, a very quiet city bus introduced in 2018 with fully-electric drive and locally emission-free, is an important step towards improved quality of life in towns and cities.

Recently Mercedes-Benz extended the Citaro family with the articulated eCitaro G. The new eCitaro G is the first city bus in its category anywhere in the world to be equipped with solid-state batteries. The articulated bus has a range of up to 220 km in favourable conditions with average demands on speed, topography and load along with straightforward climatic conditions. Mercedes-Benz supplies the bus to customers’ specifications: the eCitaro is based on a highly flexible module concept of solo and articulated bus, and with a range of batteries and charge technologies.