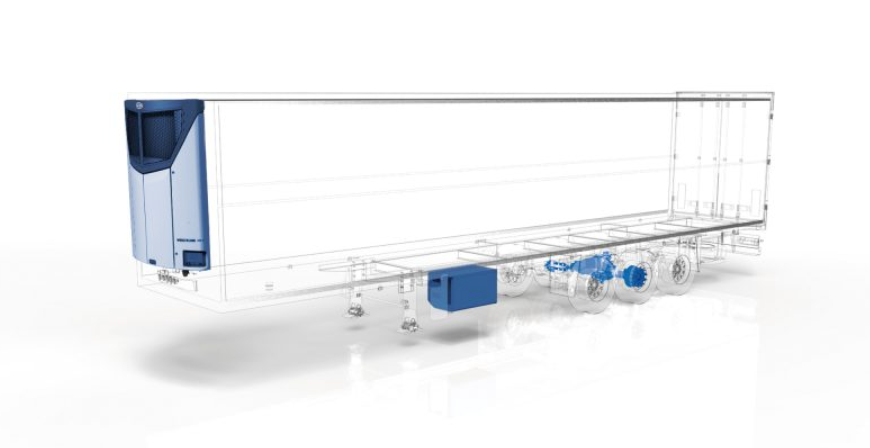 Vector eCool features Carrier Transicold’s E-Drive electric technology and an energy recovery and storage system. This traps kinetic energy generated by the trailer – either through axle rotation or under braking – and transforms it into electricity that can be used to power the refrigeration unit, instead of relying on traditional diesel power.

The new autonomous trailer system is suitable for operation with the engineless versions of Carrier Transicold’s Vector HE 19 and Vector 1550 E. The company states that further efficiency and emissions benefits are obtained through the unit’s light weight: when used with the flagship Vector HE 19 unit, even taking into account the weight of axle generators and battery pack, the Vector eCool weighs less than a standard diesel unit with a full tank of fuel.