The UK’s first electric vehicle forecourt is set to open this November. Located near Braintree in Essex, Gridserve’s EV forecourt will be the first of over 100 sites to be built in the next five years, as part of a UK-wide £1bn programme. 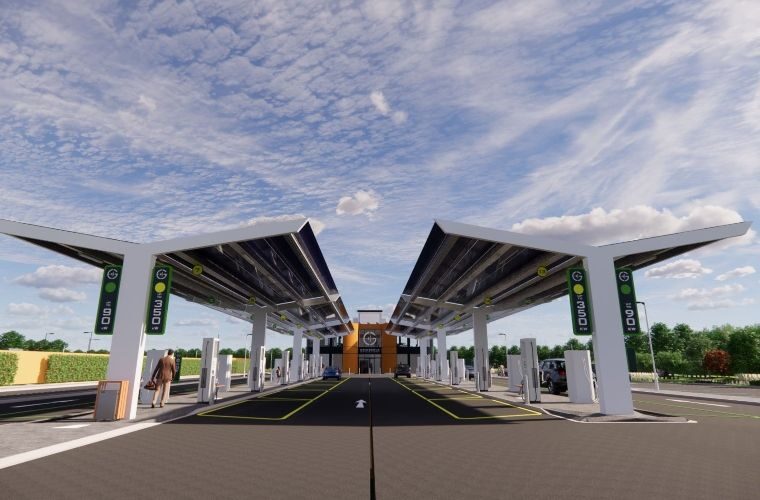 Gridserve says 30 electric vans and cars can be charged simultaneously with high power chargers that can deliver up to 350kW of charging power, enabling people to add around 320km of range in 20 minutes.

Customer support will be provided by the AA via a dedicated team of electric vehicle experts. Drivers will be able to call a dedicated helpline from each supercharger and receive advice on any technical questions related to the charger or even their vehicle.

Twenty-four of the electric forecourt’s high power chargers – half of which can deliver up to 350kW of power – are provided by Swiss-Swedish technology giant ABB, which it claims will be able to charge every EV on the market today.

In addition, there will be six Tesla superchargers specifically for Tesla vehicles, which is a format that Gridserve says it plans to replicate or enlarge with Tesla at many other EV forecourt sites in the future. 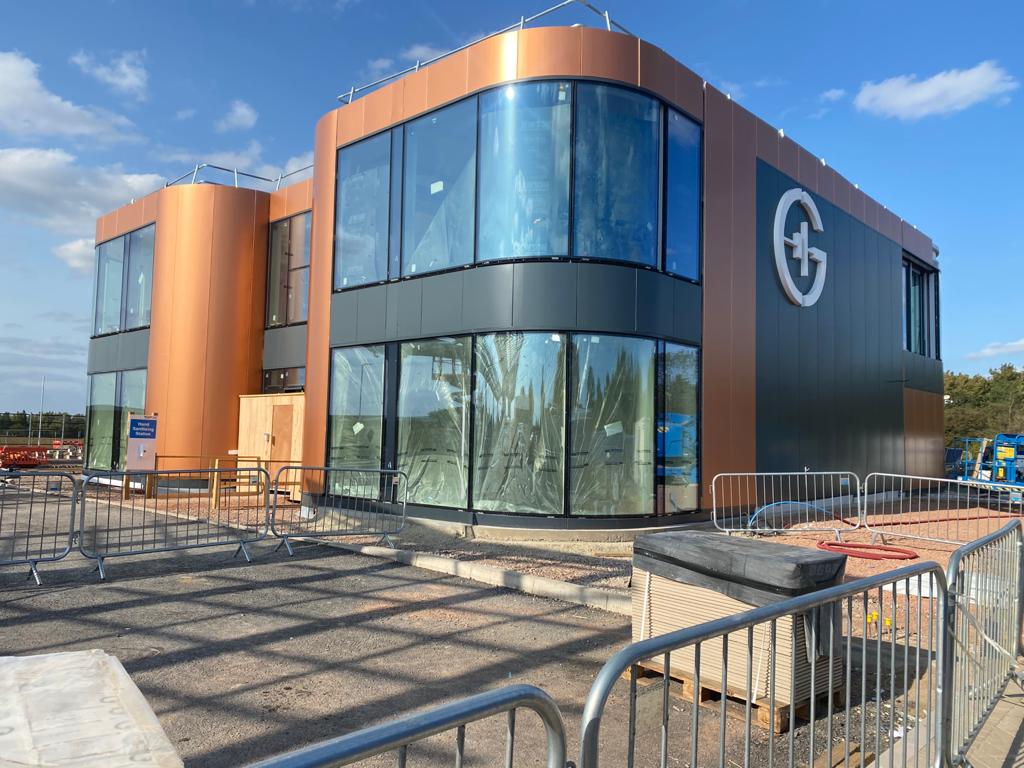 While drivers wait for their vehicles to charge, they will have access to the likes of food and coffee shops, waiting lounges, high speed Wi-Fi, washrooms and business meeting room pods.

Toddington Harper, founder and CEO of Gridserve, comments: “Our UK-wide network of over 100 customer-focused electric forecourts will eliminate range and charging anxiety by making it easier and cheaper to charge an electric vehicle than to fuel a petrol or diesel alternative.

“The UK’s first EV forecourt represents so much more than an electric equivalent of a modern petrol station – it will deliver a fully loaded customer experience, offering the ‘Best of British’ retail and customer service to cater for a full range of consumer and driver needs.”

The company tells us it has already secured exclusivity at 100 sites along busy routes, near powerful grid connections and close to populated areas or transport routes. Planning applications for two additional sites in Uckfield and Norwich East, have been submitted, it adds.

Gridserve says it is developing several large solar farms, supported by grid-scale batteries, as part of its ‘Sun-to-Wheel’ initiative to ensure that 100 per cent of the electricity used at its forecourts is renewable and, from the grid’s perspective, sustainable.

The firm owns the Clayhill Solar Farm in Bedfordshire, which will provide the energy for the Braintree electric forecourt once it opens later this year.