Mercedes-Benz has introduced its new all-electric eCitaro G, an articulated bus which is optionally equipped with innovative solid-state batteries. 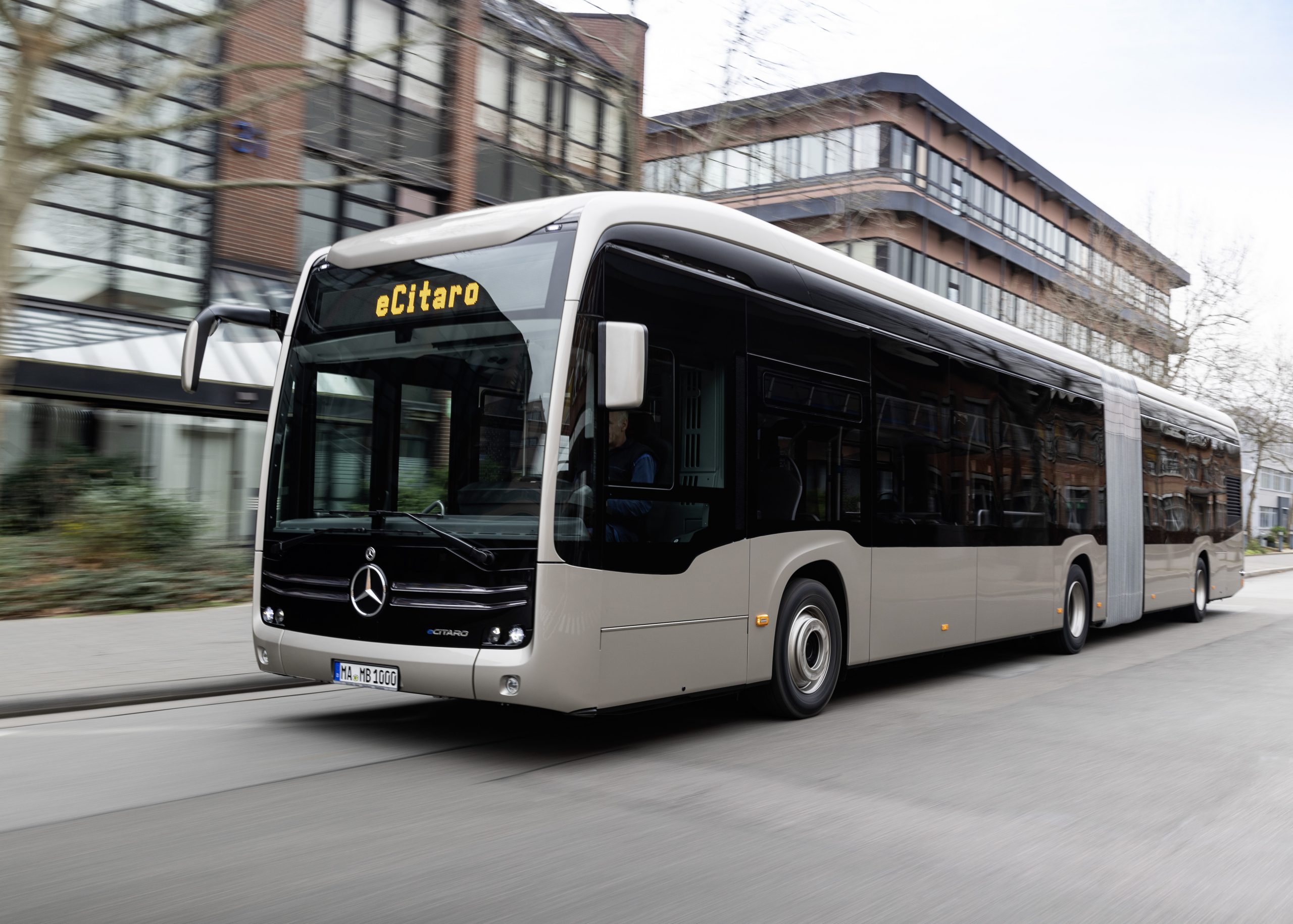 The German manufacturer claims that the new eCitaro G is the first series production city bus in its category anywhere in the world to be equipped with solid-state batteries. They have a very high energy density which is around 25 per cent greater than the coming generation of traditional lithium-ion batteries with liquid electrolyte.

The solid-state batteries in the new eCitaro G produce 441 kWh. This battery technology is also free of the chemical element cobalt and therefore especially environmentally friendly in the manufacture of the components.

Mercedes says it offers a basic guarantee for the high-voltage battery for up to 10 years or up to 280 MWh energy throughput per battery pack for the eCitaro G.

As solid-state batteries are restricted in their fast-charging capacity, Mercedes-Benz is offering a new generation of the previously used NMC batteries as an alternative. The composition is specially selected to make them suitable for high charging currents during high-power charging and, thanks to their energy density, to give the vehicle an extensive range.

The new generation of NMC batteries has a considerably greater capacity, meaning increased vehicle range. With a capacity of around 33 kWh instead of 24 kWh per battery assembly and the maximum number of assemblies fitted, the total capacity amounts to 396 kWh. In terms of geometry, the new prism-shaped NMC batteries are identical to the batteries currently in use and have the same connections. This means that transport operators using the current eCitaro will actually be able to increase the range of their vehicles by changing to the new batteries.

Its new eCitaro G is the first all-electric articulated bus to bear the three-pointed star. The two new battery versions will also be used for the Mercedes-Benz eCitaro solo bus, which was launched in 2018.