Continental is working on the Level 4 autonomy project in conjunction with braking components manufacturer Knorr-Bremse. In this trial it is testing a number of scenarios including lane changes, overtaking and also getting to the point where the trucks can leave and enter motorways. 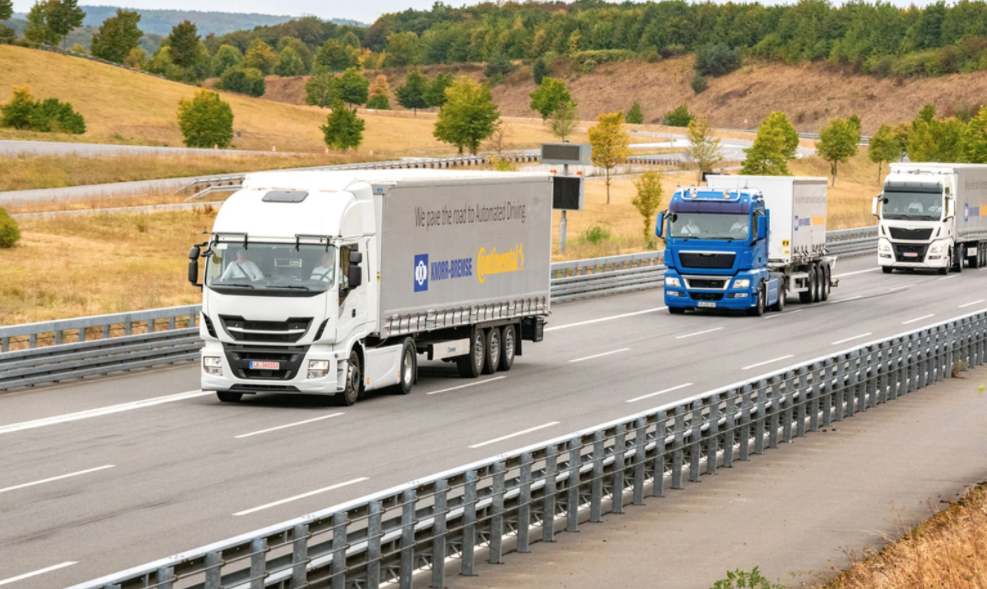 It takes the level of autonomy to a higher level where the vehicle is capable of driving on its own without the need for direct human intervention, although intervention is still possible.

Continental’s vice president commercial vehicle products and systems, Dr Georg Fassler said, “It cuts the need for drivers, who in any event may not want to drive long distances anymore.

“We’re talking about the ability to enter and leave motorways, change lanes and overtake other vehicles. The next steps will involve manoeuvring in confined areas – inside transport depots for example – and tackling distribution-hub-to-distribution-hub runs.”

That will eventually be followed by employing Level 4 technology in busy urban areas. This will be achieved by having a 360-degree view of its surroundings using a mixture of cameras, radar and laser-based LiDAR (Light Detection and Ranging) scanners.

It includes the ability of trucks to for example look beyond the line of sight and being able to detect an object and figure out what it is. Increasingly it may also mean vehicles being capable of working out whether a pedestrian is about to step off the payment and walk in front of them and reacting accordingly.

Widespread adoption of Level 4 may still be sometime away, says Fassler, but trucks will increasingly be able to adopt some of the safety systems already being employed on light commercial vehicles.

“I’m talking about automatically steering the truck back into the correct lane if the driver starts to wander, reminding him of the speed he should be doing and in future automatically reducing the speed if necessary,” he added.