Van, Truck, Trailer, Bus and Coach Aftermarket News in Ireland
Menu
HomeNews€5m worth of mobile phones stolen since start of 2019

Mobile phones worth around €5m have been stolen in Ireland since the start of 2019.

Figures from the Garda Síochána Analysis Service show 11,488 phones have been stolen over the past 20 months. 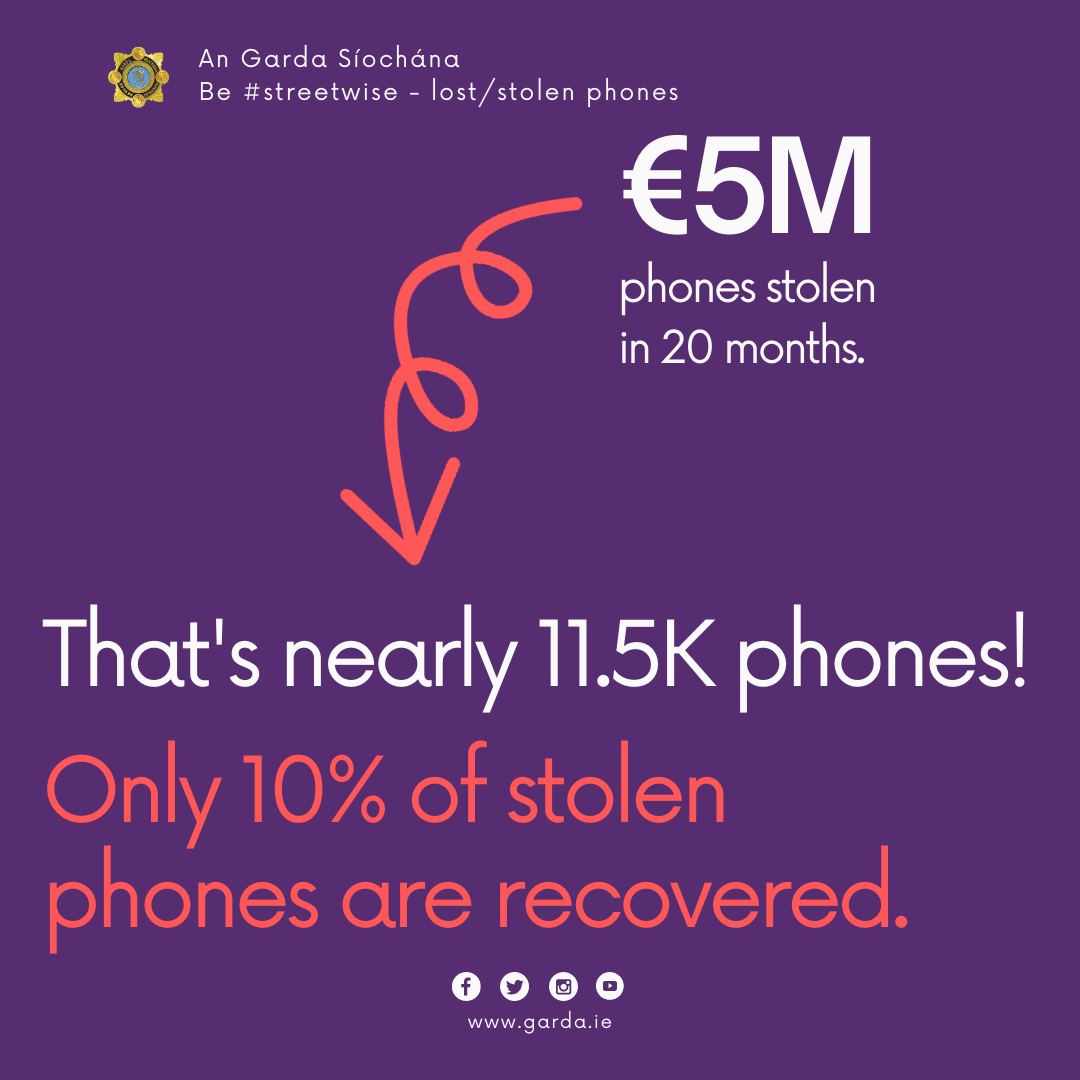 A quarter (2,868) of all mobile phones stolen since the beginning of last year were in the Dublin Metropolitan Region (DMR) South Central Division.

An Garda Síochána has today launched a campaign to encourage people to download a trusted ‘find my phone’ app. 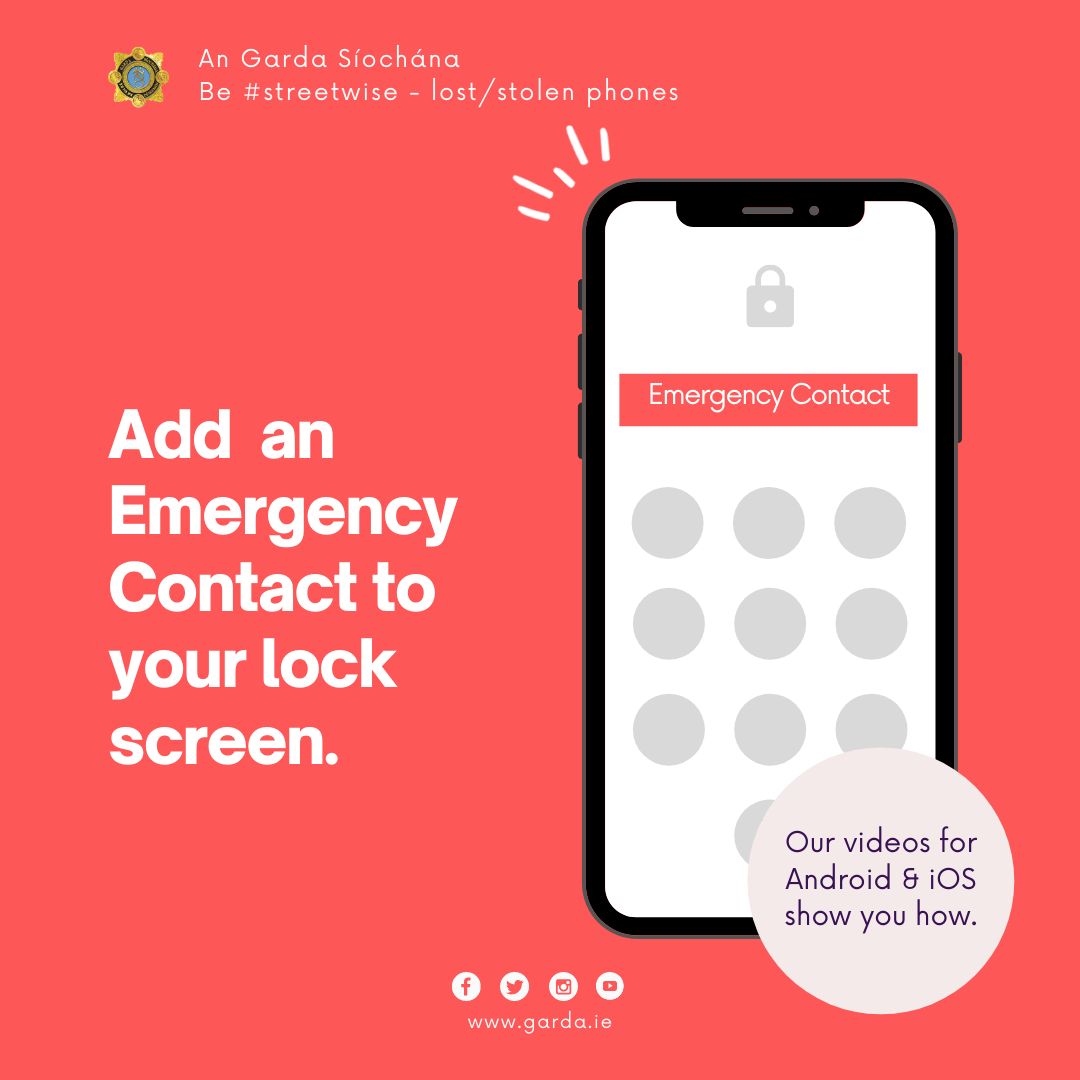 Crime Prevention Officer for the Meath Division, Sergeant Dean Kerins commented: “The price of mobile phones makes them a clear target for criminals, so let’s try and deter them by increasing phone security.

“If you a have a smartphone, we recommend downloading a trusted location finder app so if it is lost or stolen, you have a better chance of getting it back.

“Some phones already have a feature like this already so have a look in the security settings on your phone.

“We also highly recommend that you add a family member or friend as an emergency contact in your phone.

“If we receive a lost or stolen phone, we will be able to contact that person.

“If you believe your phone has been stolen, you should call Gardaí immediately. Do not follow the person via your tracking app.”

Gardaí say the most common place for phones to be stolen is out in public or in a licensed premises. 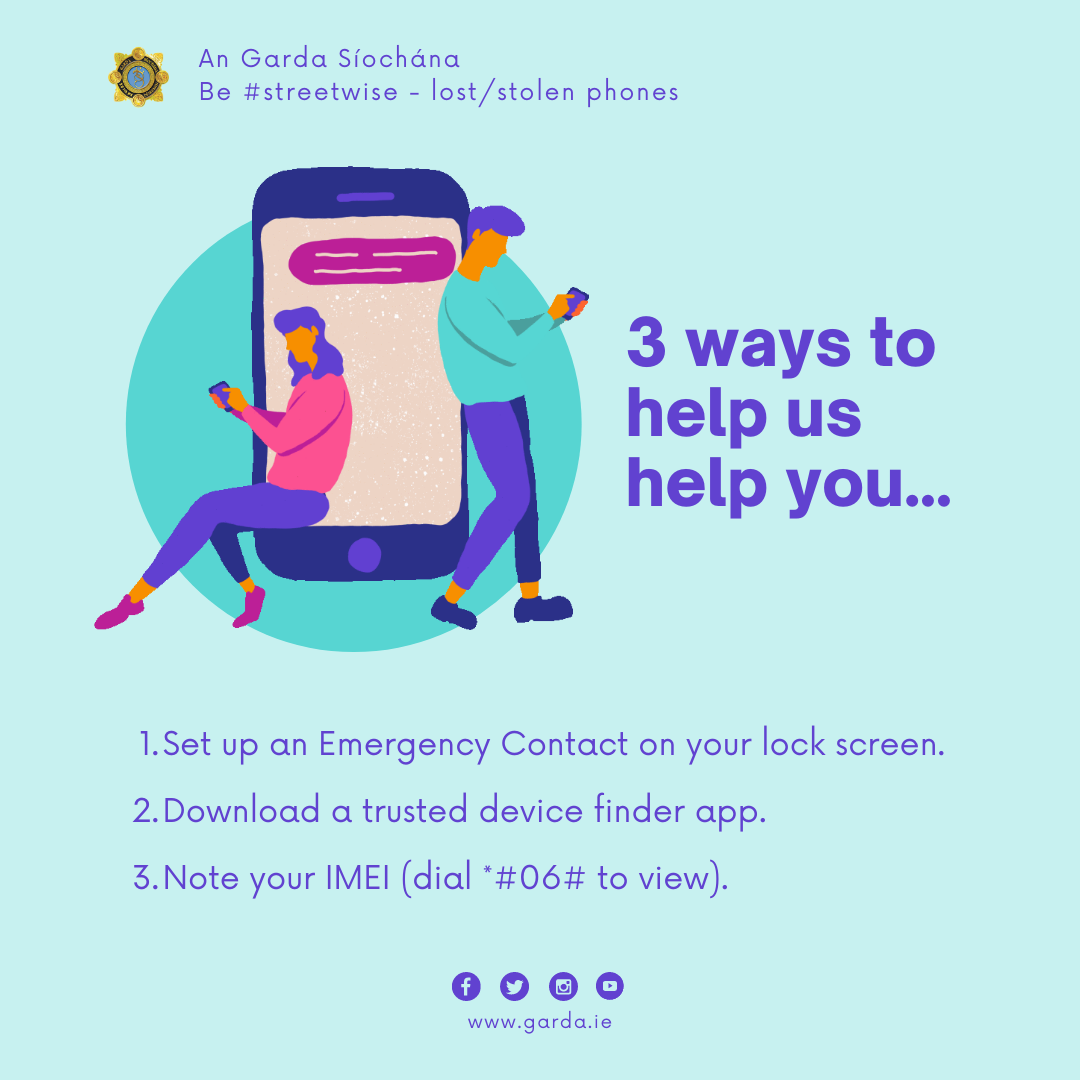