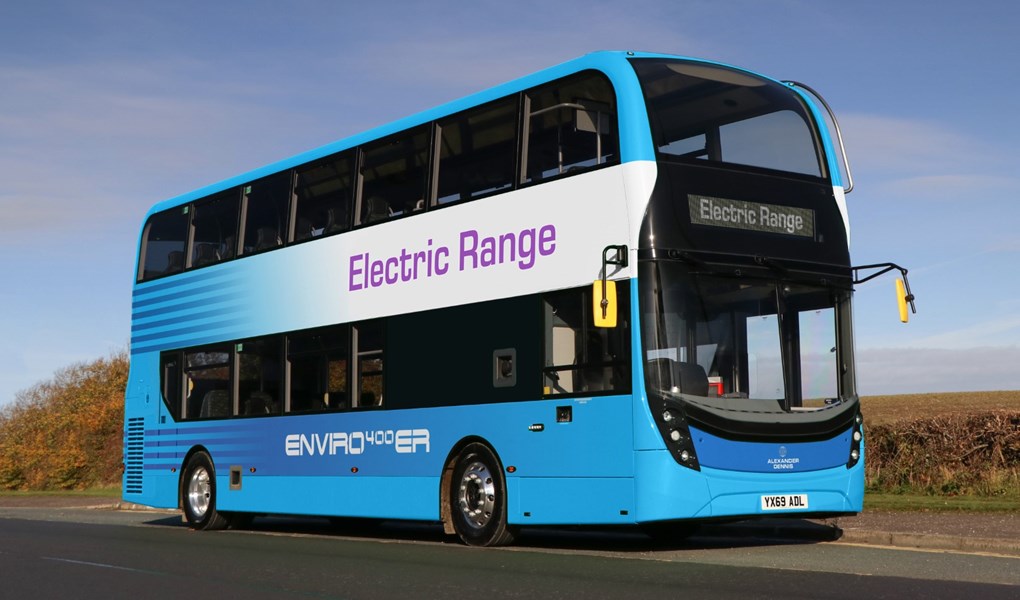 Certification means the ADL Enviro400ER is now eligible for the six-pence-per-kilometre ULEB incentive.

An electric range hybrid, the Enviro400ER was developed in partnership with BAE Systems and is capable of running in zero-emission mode for up to three consecutive miles.

It is powered by a 32kWh battery and charged by an on-board generator. This offers zero emissions mobility without any dependency on additional external charging infrastructure. Alternatively, it can be charged externally through an industry standard plug-in connection.

ADL launched the Enviro400ER in 2019 when Go-Ahead Group’s Brighton & Hove introduced 30 of the double deck buses to cut out emissions in Brighton’s Ultra Low Emission Zone. The plug-in version has been chosen by the Republic of Ireland’s National Transport Authority in a framework deal for up to 600 Enviro400ER, the first 100 of which will be delivered later this year.