Daimler says its electric trucks and buses, sold or tested, have already covered over seven million kilometres by customers around the world.

The company works on an entire lineup of EVs, under Mercedes-Benz, Fuso and Freightliner brands.

The Mercedes-Benz eActros and eEconic
Mercedes-Benz Trucks was the world’s first manufacturer to present a heavy-duty electric truck at the IAA Commercial Vehicles Show in 2016. With the all-electric eActros truck, Mercedes-Benz Trucks is demonstrating that heavy-duty distribution transport for urban areas can already be locally emission-free. The eActros, which claims a range of around 200 km, has been proving its worth as a locally CO2-neutral alternative for urban distribution transport in a wide range of practical applications with various customers in Europe since 2018. Series production is scheduled to start in 2021.

The first practical applications of the Mercedes-Benz eEconic low-floor truck, which is based on the eActros, were announced in 2020 and are planned for next year. Series production is scheduled to start in 2022. The eEconic is mainly used as a waste-collection vehicle in urban waste-management. This is very suitable for battery-electric trucks due to the comparatively short and planned routes of about 100 km with a very high proportion of stop-and-go operation.

A small series of the electric Fuso eCanter
The light-duty Fuso eCanter had its world premiere in September 2017 and is being delivered to numerous customers worldwide. This all-electric light-duty truck is Fuso’s answer to the public need for locally emission-free trucks for light urban distribution traffic. As part of a small series, more than 170 Fuso eCanter light-duty trucks are already in use with numerous customers in Europe, Japan and the US, and more of them will be handed over successively. The range of the 7.49-ton truck of 100 km reliably covers the requirements of customers in urban distribution transport. With a fast charger, the charging time can be reduced to about 90 minutes. 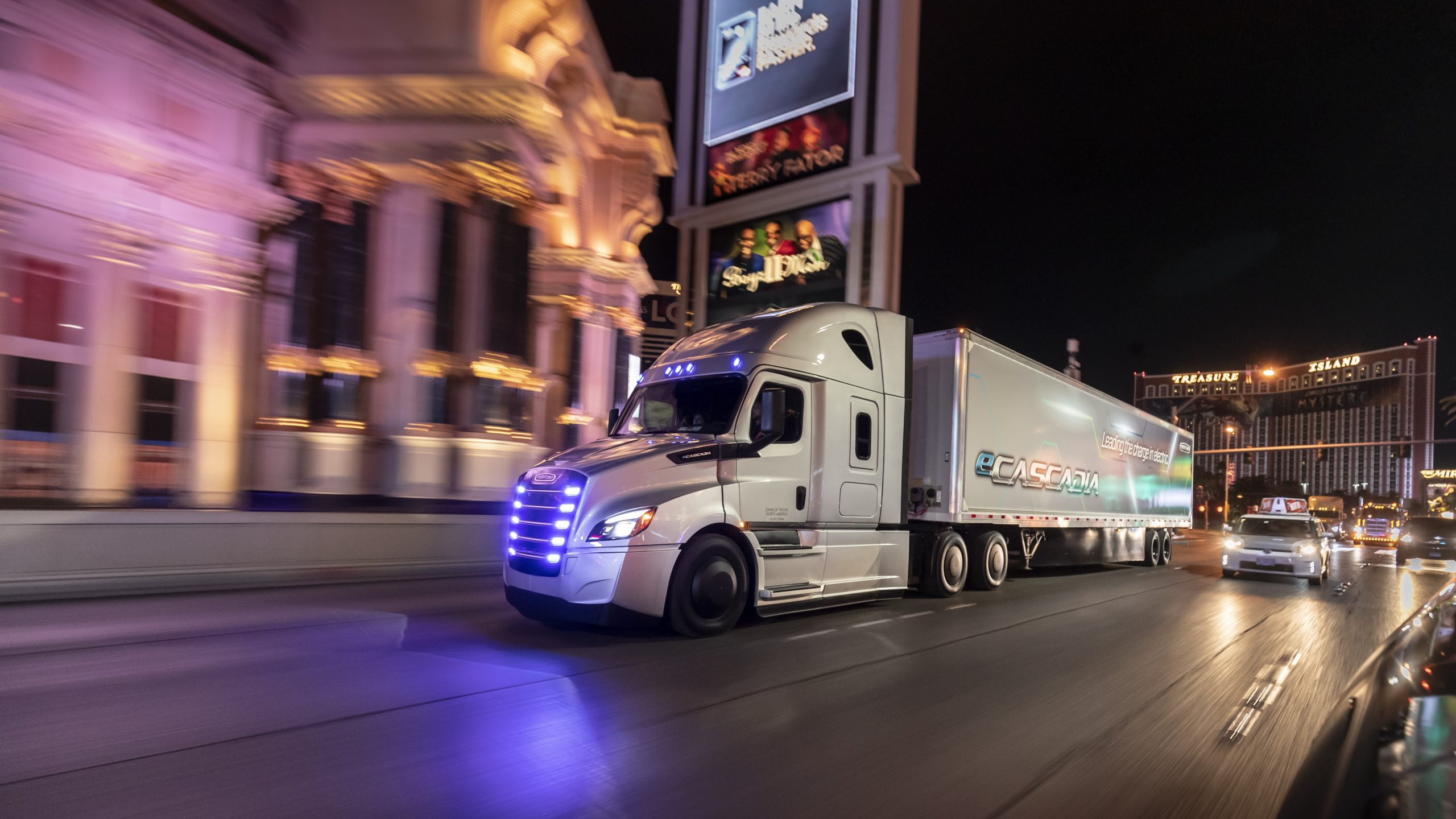 Daimler Trucks North America
In the US, the heavy-duty eCascadia and the medium-duty eM2 were premiered in Portland in June 2018. Both electric trucks are currently undergoing practical tests with customers in the United States. The test fleet comprises 38 vehicles in a variety of applications including regional and local distribution, food distribution and parcel delivery. The vehicles have a target range for series production of up to 370 km (eM2) and up to 400 km (eCascadia). Series production of the eCascadia is scheduled to start in mid-2022 and of the Freightliner eM2 in late 2022.

The first and only electric bus to be developed and manufactured in Germany
With the all-electric Mercedes-Benz eCitaro, Daimler Buses has been offering a locally emission-free city bus for environmentally friendly public transport in cities and metropolitan areas since 2018. The eCitaro is based on the Citaro urban bus which has proven itself time and again. It is the first and only fully-electric urban bus to be developed and manufactured in Germany. With its many features, from its elegant design to its exemplary thermal management which minimises energy consumption and its friendly yet functional passenger compartment, the eCitaro is a truly impressive vehicle. The urban bus celebrated its world premiere as a solo vehicle two years ago.

Alternative drive systems at Daimler Trucks
Daimler Trucks says it has the ambition to offer only new vehicles that are CO2-neutral in tank-to-wheel operation by 2039 in Europe, Japan and North America. By the year 2022, the vehicle portfolio in the main sales regions of North America, Europe and Japan should already include series-produced vehicles with battery-electric drive. In the second half of the 2020s, Daimler Trucks plans to add electrically powered fuel-cell trucks running on liquid hydrogen to its series-production portfolio. The ultimate goal is CO2-neutral transport on the roads by 2050, the manufacturer adds.