Operating one of Europe’s most modern battery manufacturing facilities, sustainability and environmental protection are the cornerstones of Banner Batteries’ corporate philosophy.

Andreas Bawart, Banner’s commercial CEO comments: “As a lead processing company we bear an especially large responsibility to the natural world. It is imperative, therefore, that our research and production takes place in accordance with the highest quality standards and environmentally compatible procedures.” 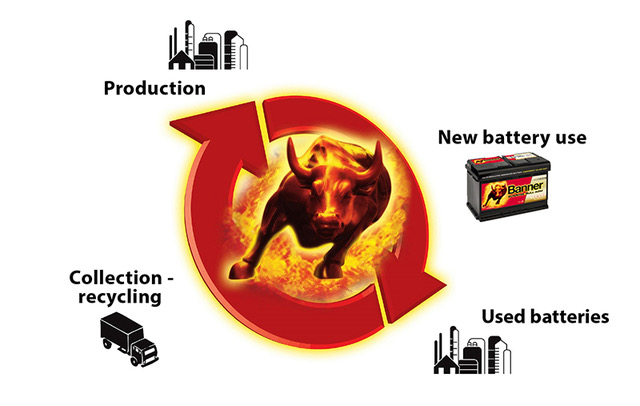 Central to this is Banner’s reliance upon a closed product cycle that extends from manufacture to recycling, one that is based on a process of continual improvements, minimisation and prevention with regard to environmental impact.

As a founder member of the Starter Battery Environmental Forum (UFS), Banner says it demonstrates a recycling quota of virtually 100 per cent.

This has been driven by the investment over many years of several million Euros annually in environmental protection measures, according to the company.

Since 2015 the company’s entire electricity needs have been supplied by renewable energy sources, 60 per cent of which is used for battery charging.

Such is the proven efficiency of Banner’s well-established recycling system that its lead-acid batteries represent a model of resource efficiency and sustainability.

Having started to recycle used batteries many years ago, reprocessed material is returned to the new product manufacturing operation using spoilt batteries that are collected by Banner in special containers.

It is a procedure that has seen Banner collect more than 20 million used batteries to date, the valuable raw materials from which, such as lead, sulphuric acid and polypropylene then re-enter the production cycle.

In terms of lead alone, Banner claims to have recycled approximately 200,000 tonnes, giving it the highest collection rate of all the recyclable goods on the market, even outstripping that of glass or paper.

Banner is represented in Ireland by Europower Battery Centre, who can be contacted on 01 830 0884.