Nissan dealers in the UK are preparing for the arrival of a new kind of number plate this autumn. Could we see something similar in Ireland? 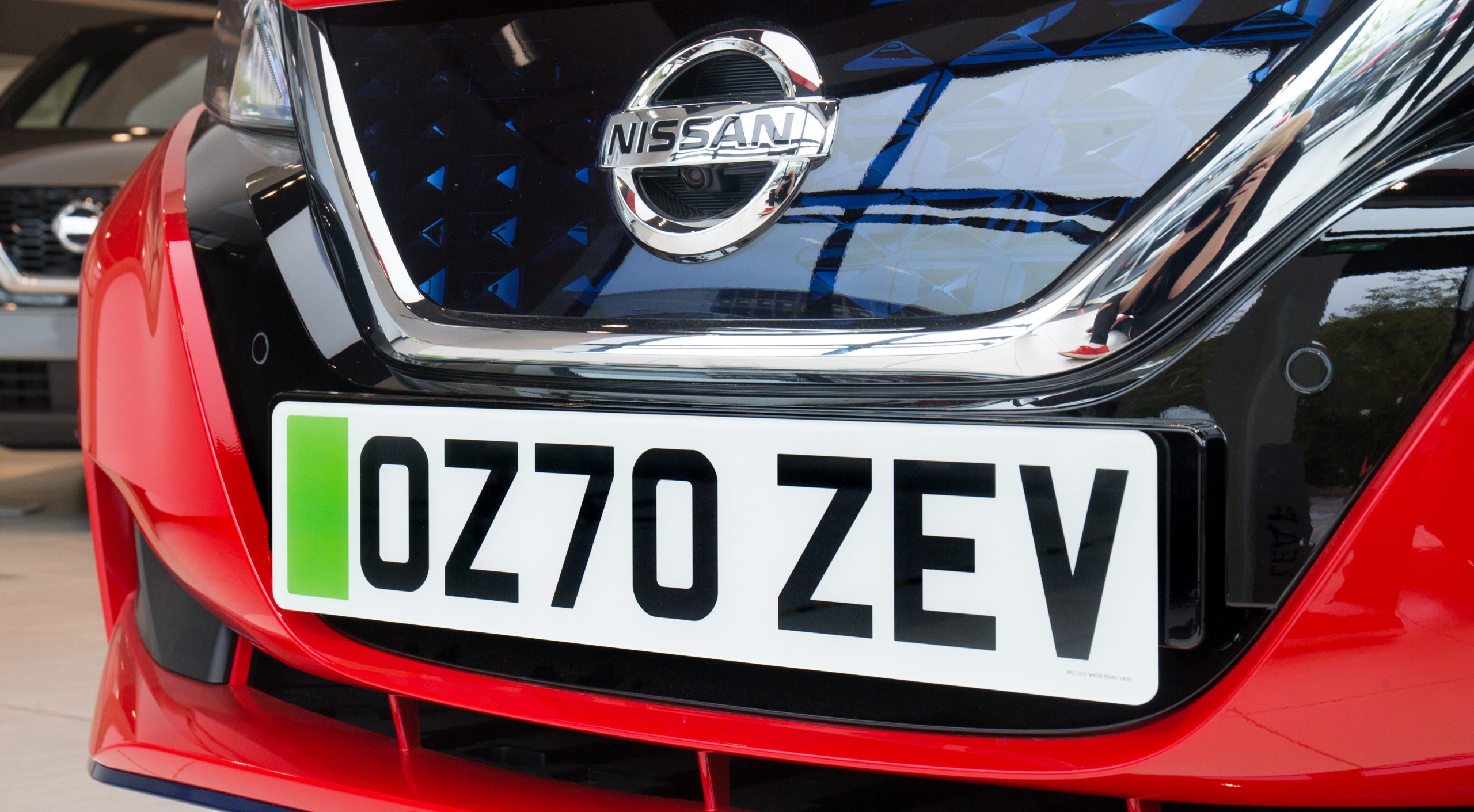 The plates are being brought in especially for electric vehicles and have an eye-catching green flash on the left-hand side to highlight the fact that EVs are emission-free.

As 70-plate models are introduced at Nissan dealers from September 1, trial green number plates have been fitted to show electric vehicle customers how they could look when they hit the road later this year.

The initiative was announced by British Transport Secretary Grant Shapps in June as part of a wider plan to drive a ‘green economic recovery’ after the turmoil caused by the pandemic.

The green number plates will make it easier for cars to be identified as zero-emission vehicles, helping local authorities design and implement new policies to encourage people to own and drive them.

For example, drivers could benefit from local initiatives such as cheaper parking and free entry into zero-emission zones.

Mr Shapps said the plates could also “increase awareness of cleaner vehicles on our roads and show people that a greener transport future is within our grasp”.

Nissan first launched the emission-free Leaf hatchback a decade ago, while and the new Ariya is just around the corner. Nissan says the Leaf is capable of travelling up to 385 km on a single charge.

An exact date for the introduction of the green number plates has yet to be announced but the UK’s Department of Transport did confirm they will be arriving this autumn.