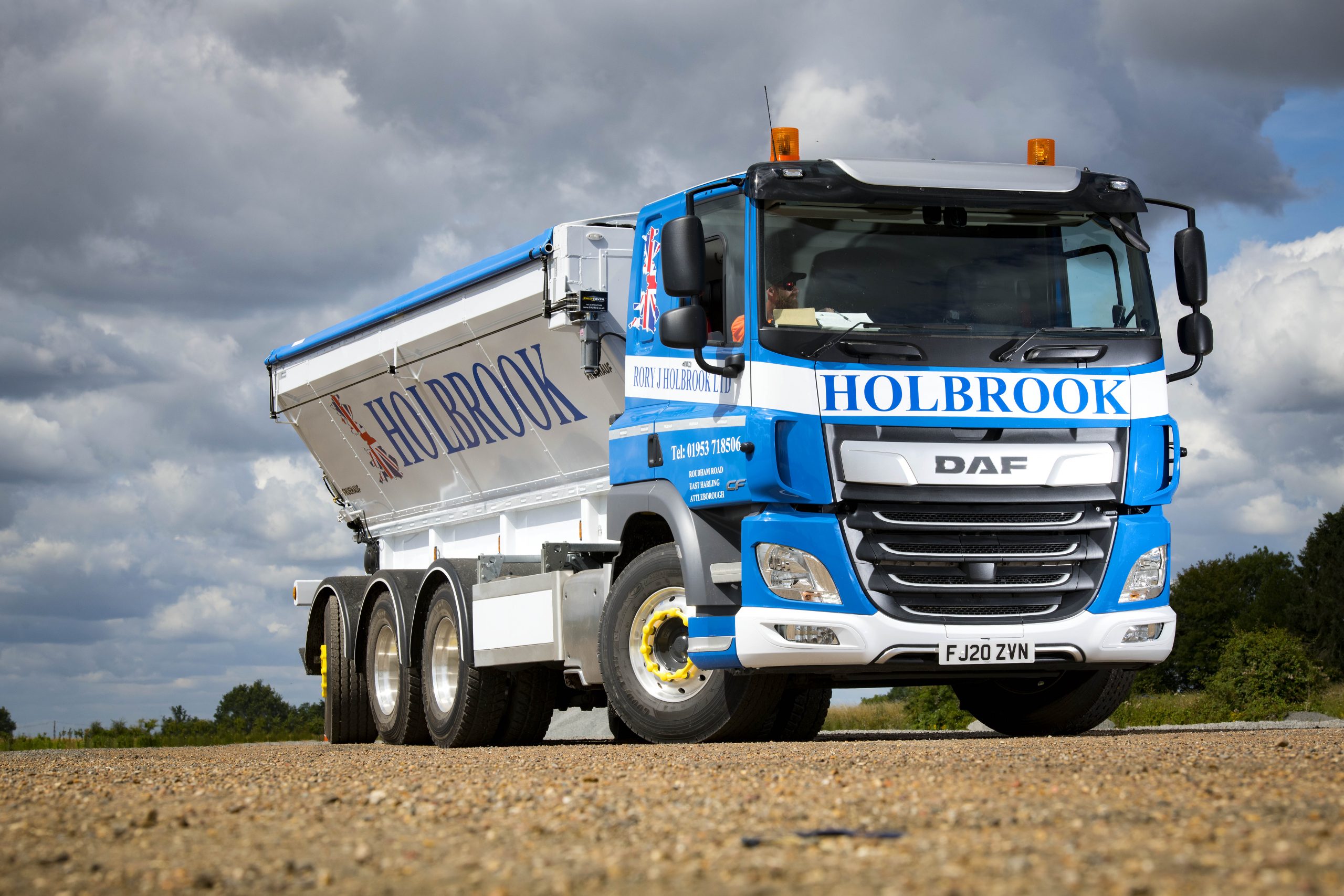 Rory J.Holbrook says the first CF 410 FAW is returning immediate productivity benefits and for its contract with road construction company, Kier Highways. Fruehauf’s aluminium construction Aggri-Roll body delivers aggregate via a moving conveyor floor which dispenses material directly to the road surfacing machine. The fixed ‘V’ body eliminates the inherent problems of using a conventional tipper when in proximity with over-head power lines and road-side trees, thus drastically improving safety and reducing the need for road closures. The 16 cubic-metre hopper discharges just under 20-tonnes of aggregate in under two minutes. 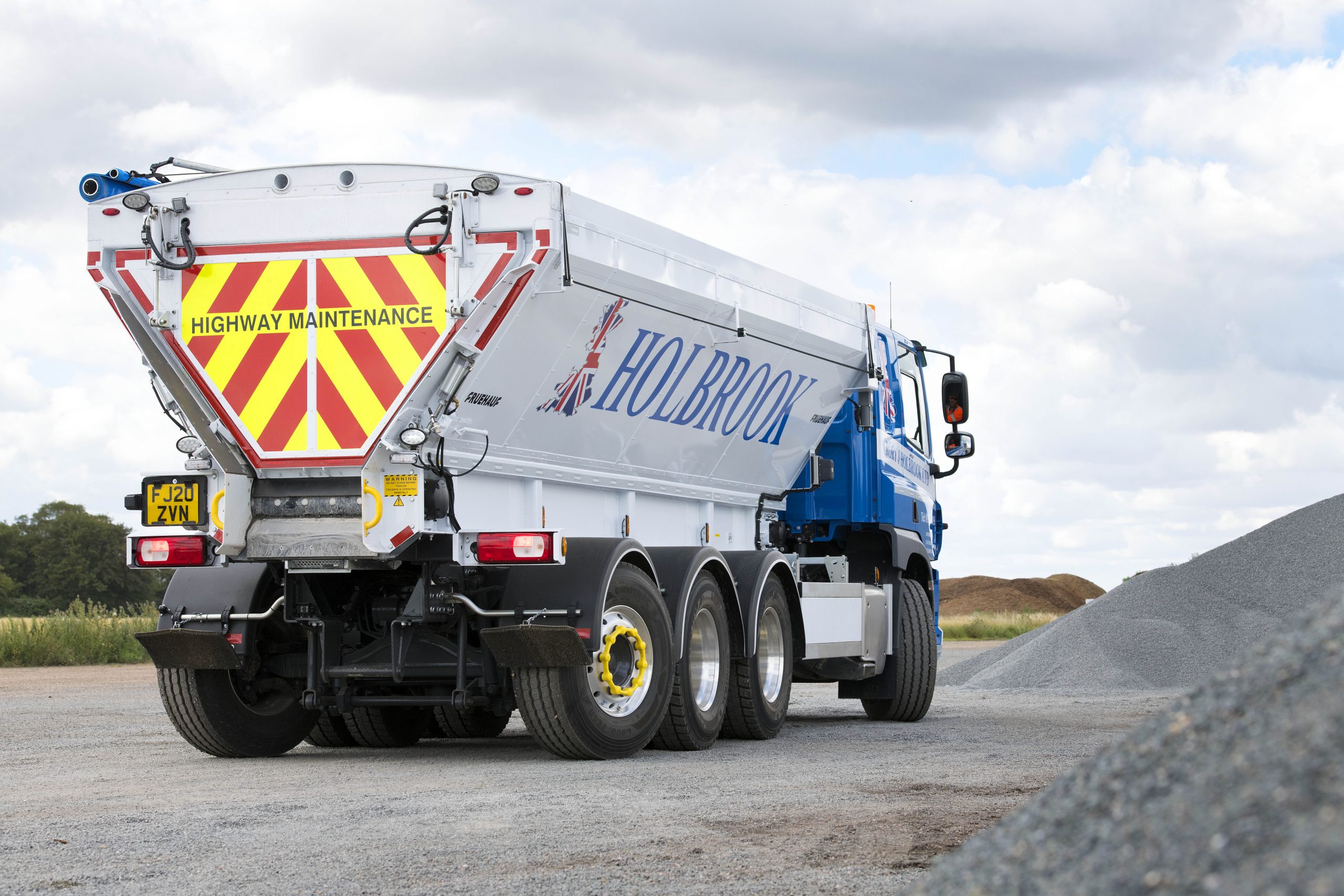 DAF’s innovative ‘FAW’ axle configuration – the latest addition to DAF’s multi-axle range – strikes the optimum balance between on/off road traction and handling agility, combining four-axle payload potential with 6×4 manoeuvrability. A new 10-tonne front axle brings additional loading tolerance across the chassis. The new FAW axle configuration is also available with the XF cab in Space, Super Space and ‘Comfort’ cab variants and with both MX-11 and MX-13 engines with ratings up to 530hp. The FAW can be specified with the ZF TraXon automated gearbox or the optional Ecosplit 16-speed manual gearbox.

Rory J.Holbrook acquired its first 14 DAF CF 8×4 tippers in 2003; the company says a number of which are in ‘semi-retirement’ yet remain in service still today. The Holbrook fleet now comprises a majority of 40 DAFs from a total of 65 vehicles.