MAN has handed over what it claims is the world’s first fully electrically powered armoured money transporter.

The MAN eTGE electric van was delivered to the international security service provider Prosegur at the beginning of August. 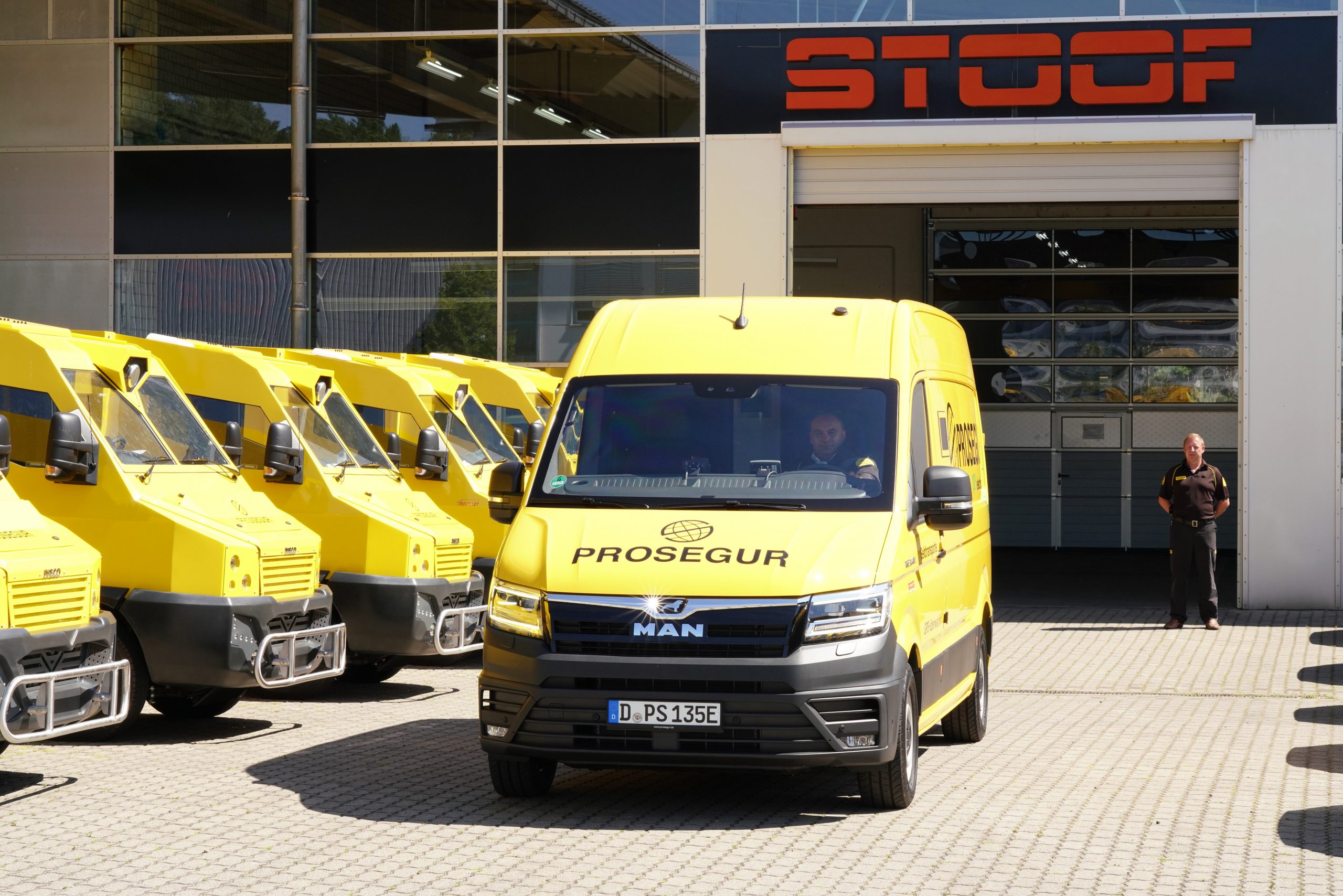 The electric van, which was converted into a money transporter by Stoof International, will be put through its paces straight away during Prosegur’s daily cash-in-transit operations in Germany.

Fitted with level FB3 armouring, Stoof was faced with the challenge of using extremely lightweight materials that have the same resistance class.

The electric van can seat a maximum of three people. Including the armouring, its unladen weight is over three tonnes. 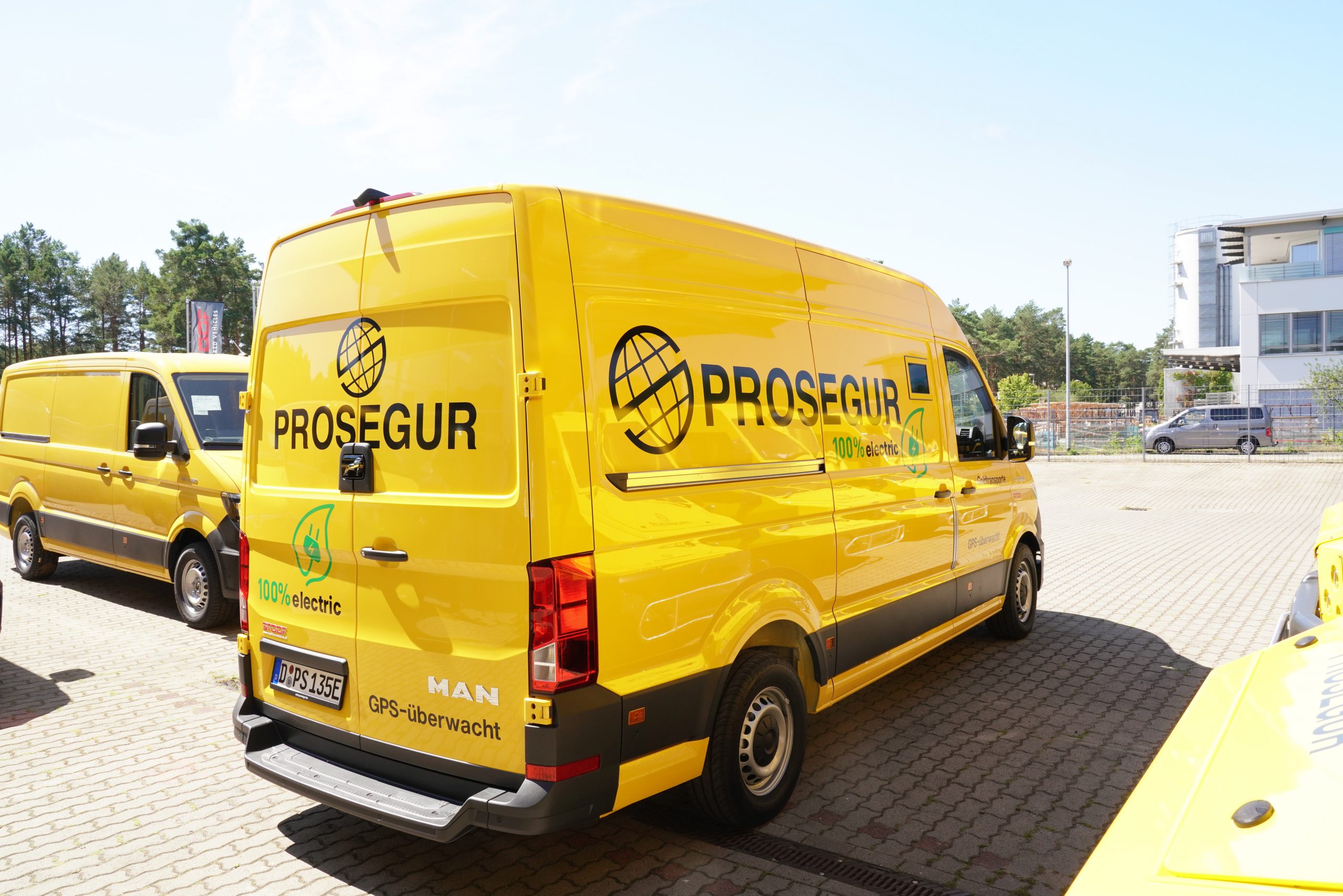 Prosegur has close to 900 vehicles on the road throughout Germany, both for interregional transportation and inner-city operations.

When it comes to inner-city operations, the vehicles only ever cover short distances; typically 60 to 70 km a day.

With a range of 120 to 130 km (115 km according to the current WLTP cycle) in a real-life city setting, the range of the eTGE is more than adequate.

It’s during inner-city money transportation operations that the driver can take full advantage of the MAN eTGE’s extensive safety features.

The MAN eTGE has a parking assistance system with side protection, a rear-view camera, a speed control system, a periphery monitoring system with a city emergency braking function, Emergency Brake Assist (EBA) and LED headlights.

“Given the fact that our Group safely transports the equivalent of 550 billion euros every year using all modes of transportation, it is of vital importance that we embrace our role as a driver of innovation at all times and also bear responsibility for doing business in a sustainable manner,” says Jochen Werne, chief development officer at Prosegur Deutschland.