Volvo Buses and the Public Transport Authority of Western Australia (PTA) are partnering to bring Volvo’s first ever electric buses to Australia.

Four Volvo Electric Buses will be delivered to the PTA as part of the existing 900 Bus Supply Agreement between Volvo and Transperth which was signed in March 2019.

The Agreement includes provisions for the introduction of alternative powered vehicles into the public transport bus network when the technology became available in Volvo’s Australian product line. 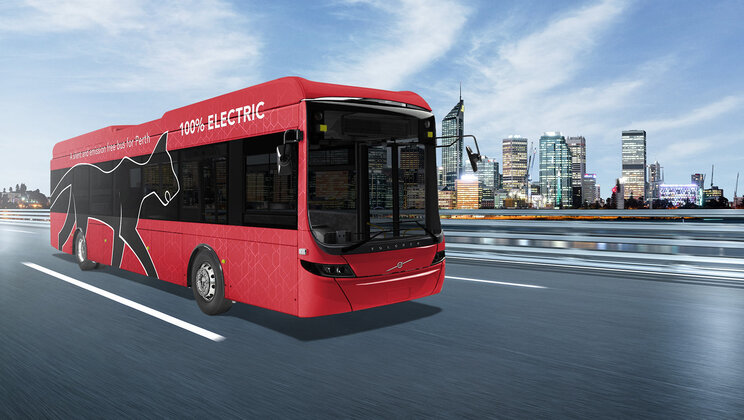 The units will be all-electric 11.7-metre long, 2.5 metre wide vehicles with local Australian bodies designed and built by Volgren Australia. Whilst these units will be the first of their kind for Volvo in the Asia-Pacific region, the chassis’ are based on established Volvo technology already implemented in Europe.

David Mead, VP Volvo Buses Asia Pacific said: “We are excited to be partnering with PTA in Perth for our first electric buses in Australia. Our relationship with the PTA now spans over a decade and in years to come the city of Perth will indeed be a Volvo city with 100 per cent of the bus fleet being Volvo.

“Volvo’s contract with PTA included a technology roadmap that allowed PTA to access diesel, self-charging electric and battery-electric vehicles over time. PTA can access the variety of tools available to them and match the technology to the route and need.”

Introducing alternate technologies is nothing new for PTA and Volvo. When Volvo came to market with their hybrid buses in 2013, the two parties conducted a successful trial of the bus in Perth – which not only allowed Volvo to prove the concept, but grow hybrid bus sales across Australia.

The handover of the first electric buses to the PTA is scheduled for late 2021.