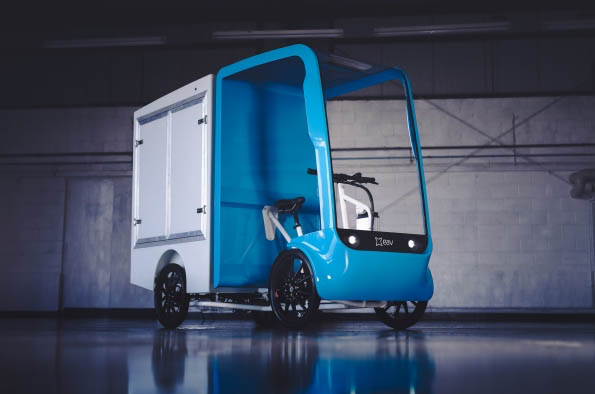 EAV’s objective is to provide, among others, city-based logistics, food and drink delivery, facilities maintenance, utilities businesses and even tradesmen with a more efficient, cheaper and far healthier form of commercial transport reducing carbon and particulate emissions significantly. Fitted to the rear of the new EAV unit is the new 2Cubed fixed box which offers a full two cubic metres of load volume with a fully adaptable internal shelfing system. The development of the 2Cubed is in direct response to the significant increase in consumer deliveries over the past six months.

Set up in 2018 with the aim to engineer the best, safest, most effective, reliable and robust eCargo vehicles using motorsports and aerospace engineering skills, EAV is based just outside Oxford in the UK. EAV’s first model, the EAVan P1, which was launched in 2019, is already regarded as one of the most advanced, safe and efficient eCargo bikes available and is currently helping to lower CO2 levels in various cities throughout Europe.

Described by the company as having been ‘engineered down from a van rather than up from a bicycle’, the EAV 2Cubed now takes the increased efficiency and environmental benefits of zero emissions and lightweight commercial vehicle architecture to the next level allowing and encouraging national and regional legislation to advance the ongoing reduction of the use of vans and goods vehicle traffic in towns and cities. 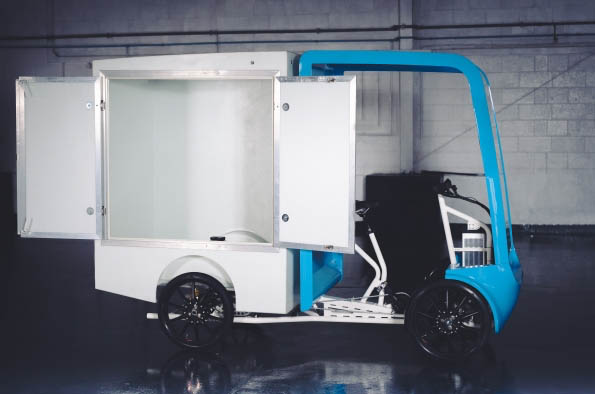 “EAV is an advanced micro-mobility design, engineering and vehicle manufacturing company solving a major and highly complex transport, business efficiency and social problem within urban environments using simplicity and light weight.” commented Adam Barmby, CEO and founder of EAV. “The advent of electric bike technology has meant we can now use a bio-mechanical electric hybrid vehicle, like the EAV 2Cubed, to replace most vans and even cars in urban environments without any loss in business operational efficiency or discomfort to the operator or driver.”

The EAV 2Cubed is EAV’s next step forward in its ‘eavolution’ business development plan combining the chassis-cab EAV unit with a 2m³ fixed rear box capable of carrying 20 per cent of the capacity of a diesel engine Ford Transit. For direct comparison, Transport for London research has confirmed that 40 per cent of vans, such as the ubiquitous Transit, only use on average 25 per cent of their capacity, making the new EAV 2Cubed a real alternative and solution to a significant proportion of London commercial van traffic. Maximum payload of the 2Cubed is currently 150kgs (plus rider) but a new wheel and tyre package will shortly be announced significantly increasing weight carrying capacity. 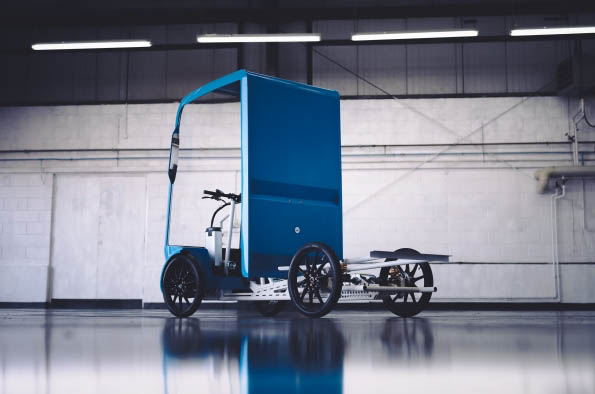 “The new EAV chassis-cab and 2Cubed fixed box is a big step forward for alternative lightweight commercial goods vehicles in towns and cities.” continued Adam Barmby. “We can honestly see a time when the majority of urban commercial and even personal traffic is based on the EAV chassis-cab concept and we already have a solution to almost every road transport use conceivable. In our new, post-COVID world, we don’t need to make the environment worse, we need it to be better and healthier and the EAV eavolution plan will go a long way to achieve that. We just need to change wider transport thinking and culture, a process which, fortunately, has already started.”

The EAV 2Cubed is already in production at EAV’s UK manufacturing facility in Upper Heyford, near Oxford, with several blue-chip customers currently taking deliveries. Multiple trials are already under way or imminent across Europe and into North America and a major international distribution agreement is under discussion.