Mercedes-Benz has announced that deliveries of its first fully electric articulated bus, the eCitaro G, will begin later this year. 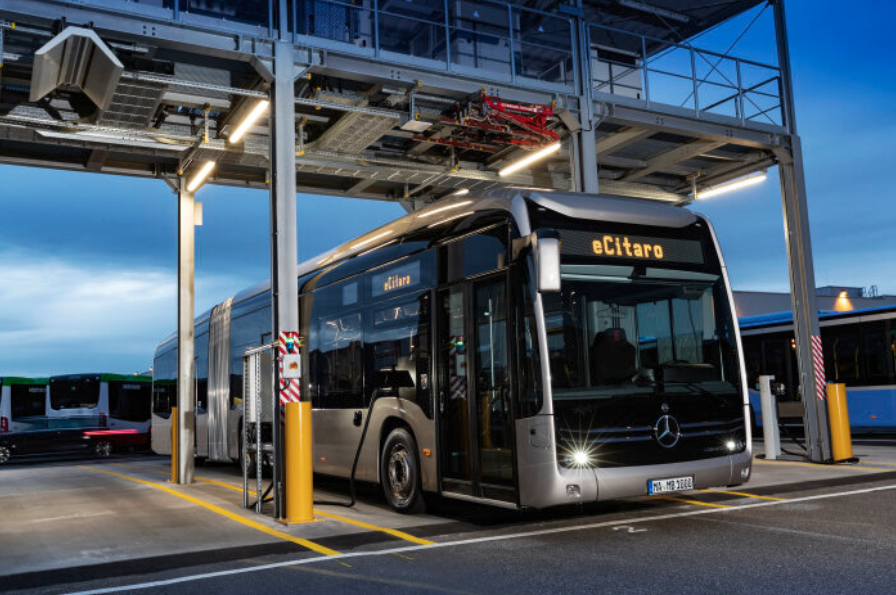 More than 60 orders have already been put in for the new model, which will be the first in its category equipped with innovative solid-state batteries.

The new articulated bus can carry up to 146 passengers, depending on configuration, and first deliveries to several transport operators are planned for this year.

The new model is part of a series of buses provided by Mercedes-Benz. Two years ago it launched the eCitaro, a fully-electric-driven solo regular service city bus. Currently, the battery-electric eCitaro is already a series production vehicle and there are now hundreds in regular operation in many European towns and cities.

Till Oberwörder, head of parent company Daimler Buses, said: “With the eCitaro as an articulated bus variant, we are consistently continuing the electrification of city buses: the eCitaro G will be equipped with innovative solid-state batteries on request. In doing so, we are setting the course for sustainable and efficient passenger transport in urban centres.”