Irish roads have been ranked as the fifth safest in Europe, based on deaths per million.

Figures from the European Automobile Manufacturers Association (ACEA) have found there are 33 deaths per million people in Ireland. 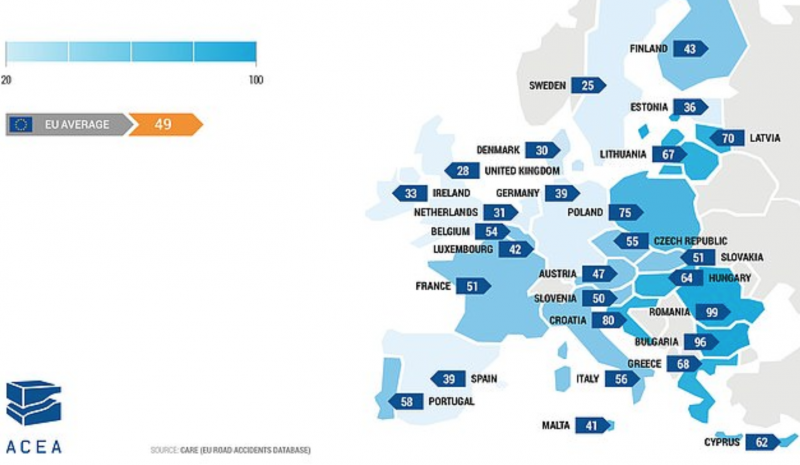 Human error is linked to the majority of accidents, with 10-30 per cent of incidents caused by distraction alone, however a raft of technology is being introduced to mitigate this.

ACEA commissioner Elzbieta Bienkowska said: “Every year, 25,000 people lose their lives on our roads. The vast majority of these accidents are caused by human error.

“We can and must act to change this. With the new advanced safety features that will become mandatory, we can have the same kind of impact as when the safety belts were first introduced.”

Seventy-six people have lost their lives on Irish roads to date this year (July 17), that’s two more than this time last year (74), according to Garda figures.