TyreSafe is the UK’s charity dedicated to raising awareness of the importance of correct tyre maintenance and the dangers of defective and illegal tyres. It has welcomed the outcomes and initiatives of the British Government response to the consultation to ban tyres aged 10 years or older’.

The UK’s Department for Transport’s (DfT) response includes legislation banning the fitment of tyres over ten years of age to the front wheels of lorries, buses and coaches. The ban also extends to all wheels of minibuses unless they have a ‘twin axle’, which means they would have two wheels on each side at the rear.

To assist in enforcement, the age limit will be included in the UK’s MoT test of the commercial vehicles while their Driver and Vehicle Standards Agency (DVSA) will now include a tyre age check as part of its routine roadside activities. 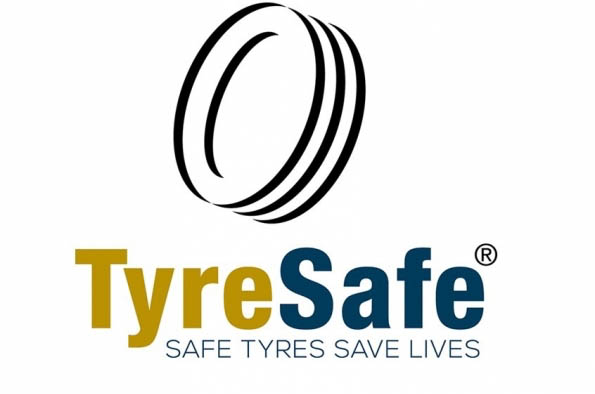 Retreaded tyres, which are commonly used across large commercial vehicles, will also be required to clearly display an age mark once further legislation is laid in the autumn.

While the DfT report ‘was not designed to explore issues related to the use and sale of part-worn or second hand tyres’, it does acknowledge: ‘There is a strong cross-industry consensus in support of an improved market organisation for second-hand tyres that should be regulated as for new or re-treaded tyres.’

The report suggests further activity maybe forthcoming to address the safety issues associated with part worns, a concern TyreSafe has been working with the UK’s ‘Trading Standards’ to highlight to consumers. The results of joint investigations by the UK’s tyre safety charity and the authority responsible for regulating the sale of part worns were referenced as part of the consultation process which led to the latest initiatives.

Roads Minister Baroness Vere said: “In the same way that you wouldn’t drive a car with faulty brakes, ensuring your tyres are fit for purpose is crucial in making every journey safer. Taking this step will give drivers across the country confidence their lorries, buses and coaches are truly fit for use – a safety boost for road users everywhere. This change is in no small way the result of years of campaigning, particularly from Frances Molloy, to whom I thank and pay tribute.”

Stuart Jackson, TyreSafe Chair, said: “As the Roads Minister says, ensuring tyres are fit for purpose is crucial – they provide the only point of contact between a vehicle and the road. There are many factors which can negatively impact on their performance, and the ageing process is one which has quite reasonably received a lot of attention. The government’s willingness to address that concern has to be welcomed as it can only reduce the risks of a tyre-related incident if those tyres are also correctly inflated, have at least the minimum legal tread depth and are otherwise in a roadworthy condition.

“The acknowledgement of the wide-spread safety concern over the safety of part worns being sold to the public is also very welcome. TyreSafe is here to educate and raise awareness on tyre safety, and the results of our investigations with Trading Standards, which have revealed nearly two-thirds of tyres that were inspected were unsafe, has done just that.”