Torsus, the Czech manufacturer of some of the world’s toughest, heavy-duty off-road buses, said it’s ready to cause a stir in the commercial vehicle sector by revealing the first glimpse of its latest model, the Terrastorm. 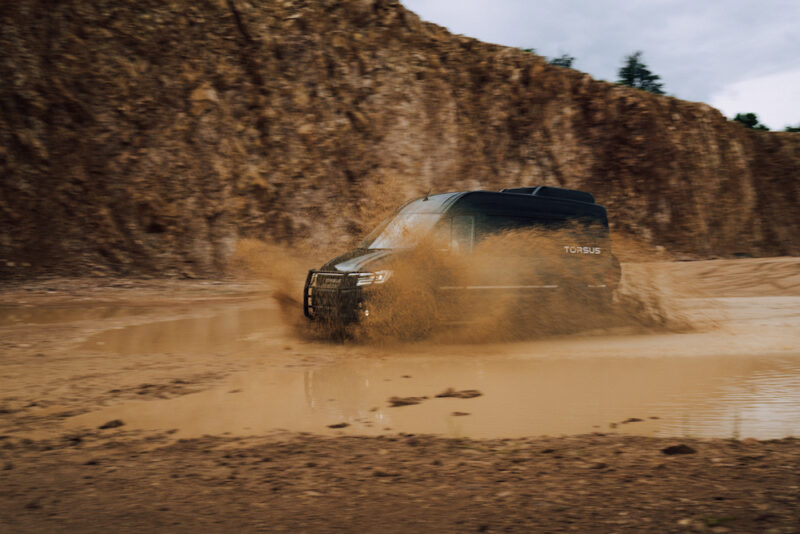 The 4×4 Torsus Terrastorm is based on the Volkswagen Crafter 4Motion chassis, and features uprated heavy-duty off-road suspension powered by Euro VI engines. Torus claims the Terrastorm will reach places that other vehicles will not be able to get to.

Offered in a variety of configurations, the Torsus Terrastorm will be revealed in its entirety later this month with sales starting in Q3 this year.

The vehicle has been engineered to transport up to 21 passengers, as well as cargo to and from some of the toughest jobs, such as mining and emergency aid, wherever and whenever it is needed – no matter the location. 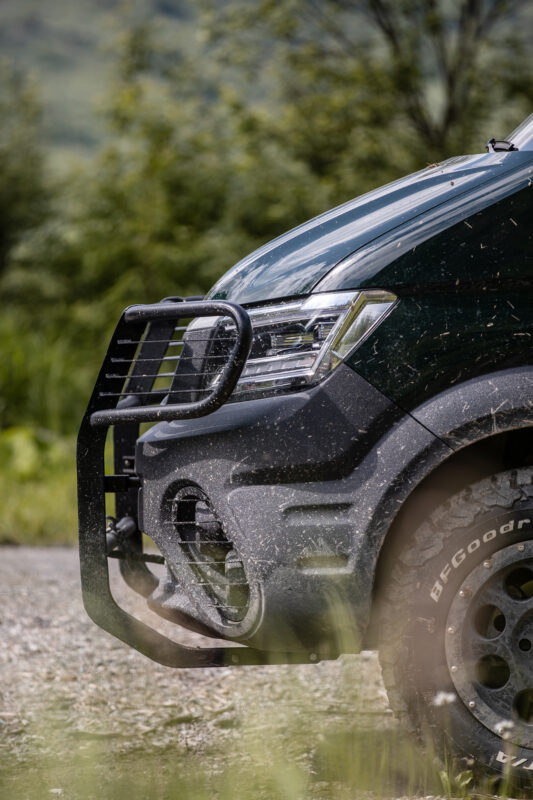 Vakhtang Dzhukashvili, founder and CEO of Torsus said: “At Torsus, we are breaking new ground by designing, developing and manufacturing the world’s toughest off-road buses. In the all-new Terrastorm we signal our ambition to set new standards in the heavy-duty 4×4 minibus market across some of the toughest industries known to man.

“We built Torsus to be a trailblazer and redefine the way people think about commercial vehicles, and the Torsus Terrastorm is the next step on our journey to make this reality.”