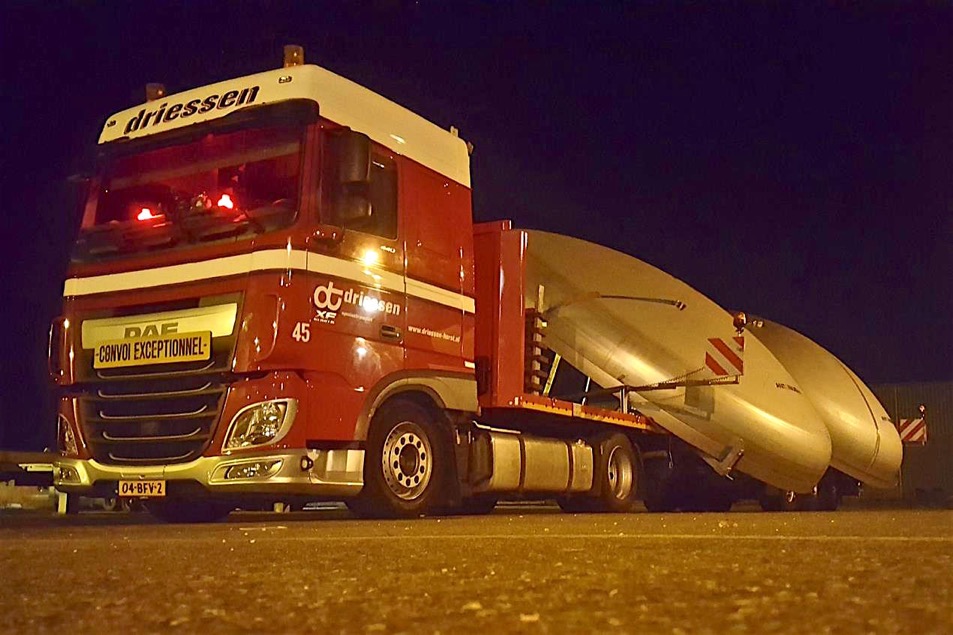 The company became a FORS member in 2013, passing the Bronze audit the same year. Third generation owner Fred Driessen says the organisation chose FORS as a route to maximise efficiency and highlight their expertise to customers.
Fred Driessen says, “Straight away we could see that FORS would be of huge benefit to us, giving us the tools to manage, control and maintain existing company processes, while improving best practice and furthering the education and health of our drivers”.
“Our FORS Bronze audit showed us how useful it was to gather information and maintain processes across the business. It was a bit of an eye-opener to have a good view of our company, trucks and drivers.”
The Driessen Speciaaltransport fleet consists of a range of in-loaders, V-frame loaders, low-loaders, extendable flatbeds and diagonal loaders, each specially equipped for precast transporting precast concrete.
Fred Driessen says while safety is number one priority for the company, FORS has helped the company become better aware of fuel consumption helping them achieve a 6 per cent reduction in C02 since 2017. Tools such as FORS FMS, FORS Practitioner workshops, and FORS Driver Licence Checking Service all allowed the company to measure and manage its fleet, gathering the information needed to increase efficiencies.
Fred Driessen says, “The FORS fleet management tools have driven a lot of improvements, which saved quite some money. For example, we were able to significantly reduce the number of damages to vehicles, thanks to the installation of multiple on-board cameras. We also have far fewer tacho violations as a result of the FORS driver specific training.”
Training is a particular focus for the company, who also work with youth training organisation STL to encourage 16- and 17-year-olds to pursue a career as a truck driver, using their FORS expertise to embed best practice from the very start of a driver’s working life.
Joining FORS helped the company expand its international offering.  Fred Driessen notes, “One of our clients asked us if we could take care of the transportation of precast concrete to build apartments, factories and jails in the London area, and we realised this was a good opportunity for our company to broaden our operations. We have a modern light-weight fleet which combines a high payload and maximum sizes of the products we transport, so our trucks are suitable to do this kind of transportation.” 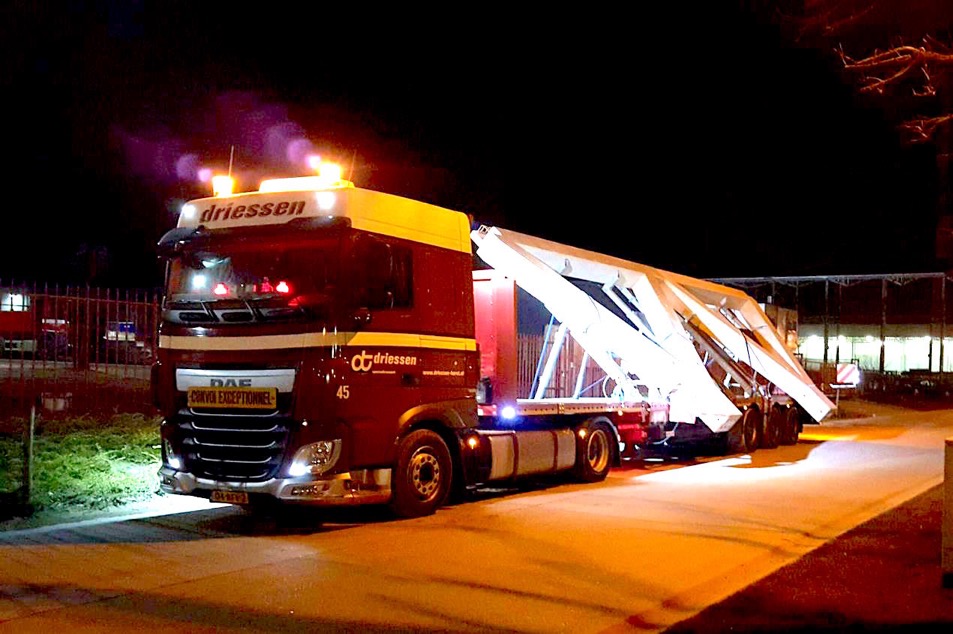 Driessen Speciaaltransport progressed to FORS Silver in 2017, soon after expressing their ambition to become the first Dutch operator to achieve FORS Gold.
Fred Driessen says, “FORS Silver gave us an elevated status, which our customers welcomed. We installed cameras on the trucks and supported all of our drivers through the Safe Urban Driving training, allowing them to experience how pedestrians and cyclists feel when a large truck passes them in a city. In addition, our Transport Manager Johny Berkvens has qualified as a FORS Practitioner.
“We saw that following FORS meant we had a much better view on our fuel consumption, CO2 and NOx emissions, injuries and fines, and with this in mind we were very keen to go further to become the first FORS Gold operator in The Netherlands.”

Fred Driessen concludes, “FORS Gold accreditation means a lot to our organisation, and I am very proud to see our vehicles carrying the FORS sticker. We are a company which transports under the highest safety and operational standards and with excellent vehicles and drivers. We have gone from concrete to Gold.”

FORS Director John Hix, says: “We are delighted to welcome Driessen Speciaaltransport as our first Dutch FORS Gold operator. This achievement is testament to the hard work the whole team have put in to raising standards across their business.
“FORS started life 12 years ago with a London-only remit. Our ability to offer members real efficiencies and tangible operational improvements has seen us grow to represent some 5,000 members not only across the UK, but also in Europe. Road transport is an international business after all, and it is through international accreditations such as FORS that our industry will see standards of efficiency and safety continue to rise.”