Van, Truck, Trailer, Bus and Coach Aftermarket News in Ireland
Menu
HomeNewsEV battery standardisation: the pros and cons
It is estimated that by 2050, 74 percent of Europe’s vehicle stock will be battery powered. What role will the standardisation of these batteries play in this story? Roger Brereton, heads of sales at steering system manufacturer Pailton Engineering, assesses the arguments for and against greater standardisation. 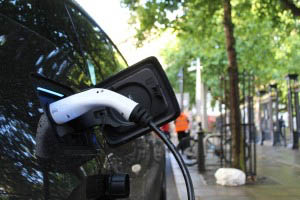 Over the next half-century, the internal combustion engine will be gradually displaced by the rise of the battery powered electric vehicle. The current generation of these vehicles rely on lithium ion (Li-ion) batteries for their power with this battery type predicted to dominate this realm for the foreseeable future. The debate over whether governments should introduce greater standardisation of batteries is not a new one. But it is more complicated than is often assumed.The strongest argument in favour of greater standardisation is a green one. Although vehicle electrification is touted as a solution to cutting emissions, disposing of all these batteries creates another set of environmental problems. A recent study found that in 2017, the amount of electric cars sold would produce 250,000 metric tons of battery waste. And that estimate excludes other electric vehicles, such as electric buses for example. The dangerous business of processing this waste is complicated by the fact that different manufacturers use different battery chemistries and their packs come in a range of different shapes and sizes. Standardisation is clearly part of the solution here. If there was less variation in the size and shape, then the removal of the packs would be cheaper and less dangerous. It could also pave the way for more automation in the disposal process. At the very least, better standards around the labelling of batteries would be of benefit. This would allow the batteries to be more easily recycled or repurposed.The green argument feeds into an argument about costs. Firstly, the mass production of Li-ion batteries will lower costs for vehicle original equipment manufacturers (OEMs). Furthermore, vehicle manufacturers are often both legally and financially responsible for removing and recycling these batteries. Standardisation will reduce these costs too.Secondly, second life applications for these batteries will emerge as a lucrative market in the coming years. It is estimated that OEMs will gain on average $67 for each battery unit that is repurposed rather than recycled. Standardisation makes the repurposing process safer and easier, which can produce financial benefits for both manufacturers and consumers.Despite the above benefits, too much standardisation across the entire EV market is both impractical and unwelcome. Those who design and manufacture the vehicles and their batteries guard their intellectual property closely. The likes of Tesla are not going to quickly hand over the secrets to their latest battery chemistries for example.Too much standardisation would in any case stifle innovation. This is not yet a mature technology and progress is being driven by competition. For example, the location of batteries in electric buses is an entirely separate debate but does highlight the opportunity to break conventions in electric vehicle design. Yes, we need strong safety and environmental standards, but we also want to encourage as much design flexibility as possible.Standardisation is one half of the story of how we will achieve widespread vehicle electrification by mid-century. This will allow us to exploit this technology in a greener and cheaper way. The other half of the story will be the role of design flexibility and innovation. If the 2050 projections are correct, the industry will need to meet half way to provide enough flexibility and innovation to keep vehicles competitive, and the right level of standardisation to keep costs feasible.
Roger Brereton is Heads of Sales at steering system manufacturer Pailton Engineering in the UK.