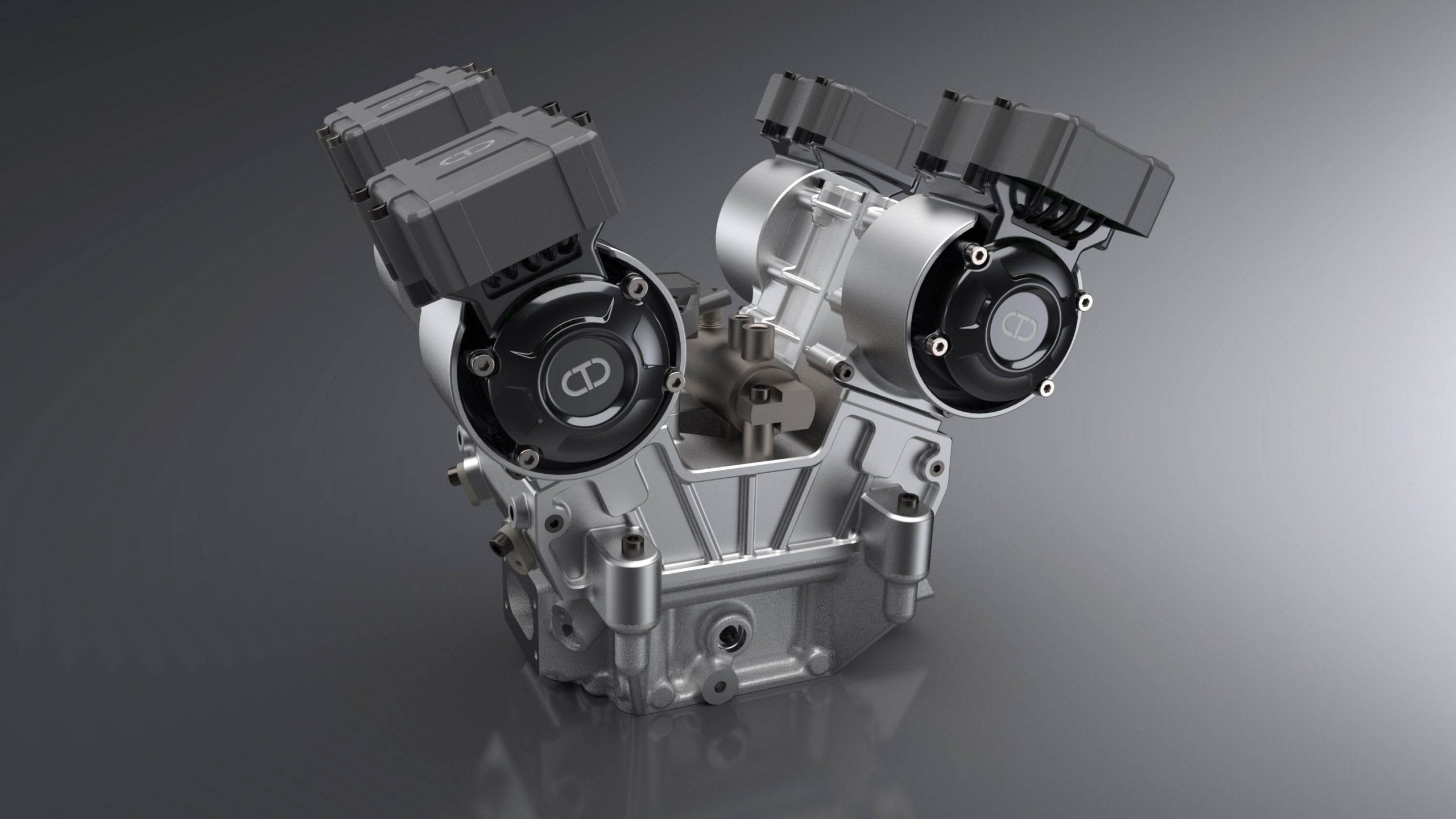 Featuring the company’s Intelligent Valve Technology (iVT) at its heart, which it says replaces the camshaft with electric actuators for full, precise control over the engine’s breathing. This combined with innovative software, and Camcon Automotive claims their cost-effective concept has the potential to make a step change in powertrain development programmes. It adds that it would also dramatically reduce fuel consumption and improving control over harmful emissions, without any need for OEMs to invest in electrification. Neil Butler, Technical Consultant, Camcon Automotive, explained: “All key combustion process parameters have been under digital control for some time now. But breathing has been stuck under the control of increasingly complex but essentially mechanical variable valve train systems. iVT is as big a leap forward as the change from carburettors to electronically controlled fuel injection.”   The company claims that IVT gives infinite control over the valves, bringing enormous benefits for heavy duty diesel commercial trucks, from cold start emissions performance to exhaust gas recirculation to on-demand cylinder deactivation and management of harmful pollutants, like NOx, which is a major contributor to poor air quality. 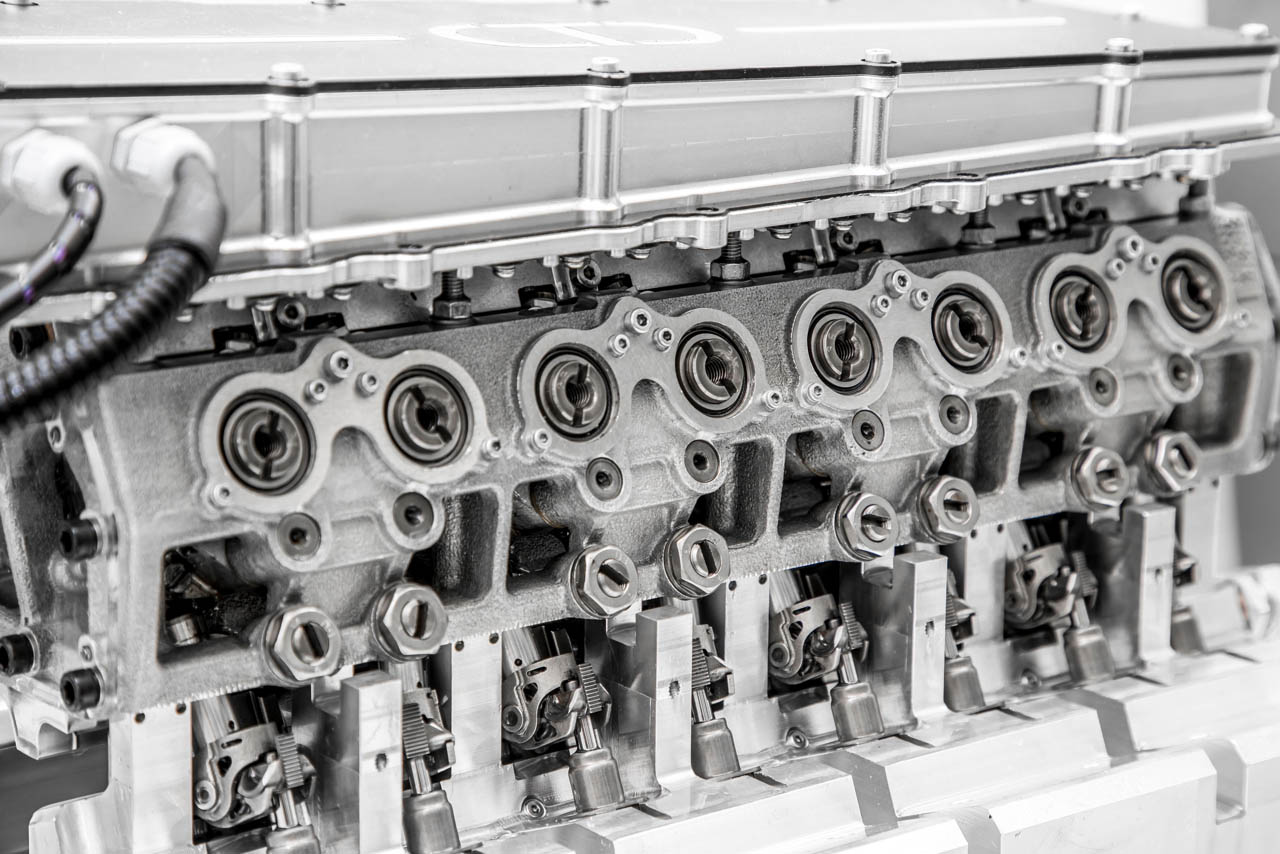 To this system, Camcon Automotive’s vision is to incorporate a suite of software that allows iVT to be calibrated through machine learning, combining hardware and software in one package, which it says results in the most optimised ICE yet: the digital engine. It points out that with Heavy Duty Diesel truck makers under the same kinds of regulatory pressures that passenger vehicles have been, the focus for the industry is less in terms of CO2 and more on other harmful emissions, such as NOx and particulate matter, both of which impact on air quality. RDE compliance is a huge challenge and many trucks now feature so much after-treatment technology that the equipment can cost more than the actual engine itself.It says that iVT can be used to reduce the size, weight and cost of the after-treatment equipment fitted to a Heavy Duty Diesel engine very significantly and also to better control the exhaust after-treatment temperature. And that catalysts can be maintained at their optimum operating temperature over a greater proportion of the drive cycle and, while iVT cannot eliminate after-treatment equipment entirely, it can reduce the size and cost and weight. For instance, thanks to the system’s greater optimisation of emissions control, a truck would not need to use as much AdBlue. But the most significant area it points to is how iVT can also significantly reduce fuel consumption. Camcon Automotive believes it can improve the efficiency of the average heavy duty diesel truck by five per cent. For just one truck that would save almost £2,500 a year in diesel (based on averaging 9 mpg, a diesel fuel cost of Stg.£1.15 p/l  and an average annual mileage of 85,000); so for an average fleet of six HGVs, Camcon Automotive says an operator could save £15,000. For a large fleet of 1,000 vehicles, annual fuel costs could be slashed by £2.5m.
Neil Butler continued: “Extrapolated across the entire UK haulage fleet, iVT could save the industry close to half a billion pounds in diesel every year. With more than three million heavy duty diesel trucks sold worldwide and each vehicle having a lifetime of over 10 years it is very easy to see just how much of a massive effect our system could have. “Another factor to consider is that heavy duty trucks require long ranges as well as rapid unloading and loading – so electrification is a lot further away than it is in the passenger car industry. We believe iVT can reduce running costs, dramatically improve emissions and require no change to the current refuelling infrastructure.” David Cebon, Director, Centre for Sustainable Road Freight and Professor of Mechanical Engineering at University of Cambridge, said: “Changing the powertrain of cars and trucks is inevitable. What technologies will win in the new era is yet unknown. While the future emerges, it has to be acknowledged that conventional engines will be with us for at least the next decade, and probably a lot longer as part of hybrid drivetrains. “So, our responsibility is to make them as low-impact to the environment as possible. Technology such as digital control of valve timing – replacing camshafts with electric motors to increase engine efficiency – can make a significant and almost immediate reduction in fuel consumption and emissions, particularly when applied to heavy duty diesel trucks. What’s more, innovation such as this requires no changes to existing infrastructure, saves operators money and lessens environmental impact.”