There were 1,748 reported road deaths in Britain during 2019, similar to the level seen since 2012, which follows a period of substantial reduction in fatalities from 2006 to 2010. And 2019 unfortunately proved a bad year for fatalities in goods vehicles in Britain. 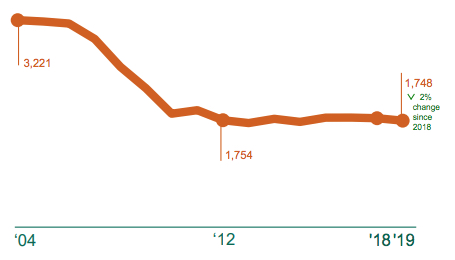 There were 25,975 serious injuries in road trafc accidents reported to British police in 2019. However, comparison of this fgure with earlier years should be interpreted with caution due to changes in systems for severity reporting by some police forces. The report contains further information and an estimate adjusted to account for this discontinuity.

There was a total of 153,315 casualties of all severities in reported road trafc accidents in 2019. This is 5 per cent lower than in 2018 and is the lowest level since 1979 when this statistical series with current defnitions and detail began.

Goods vehicle fatalities have fuctuated between 47 and 67 in the last ten years. 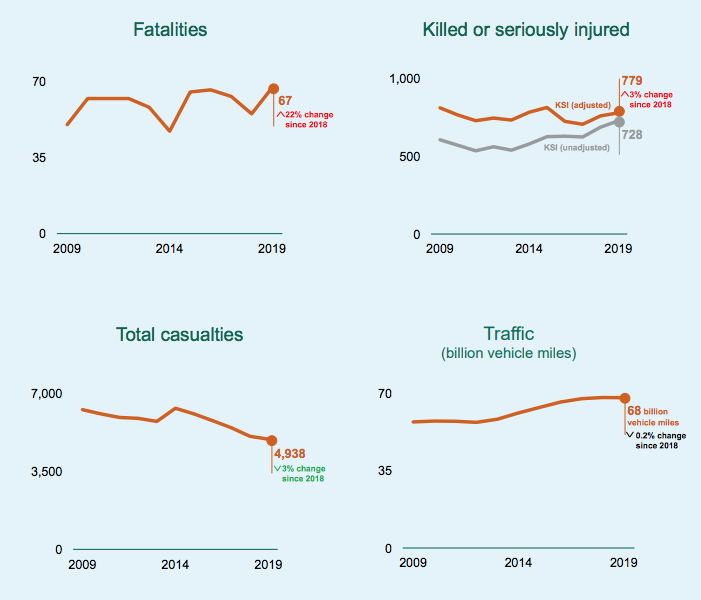 Goods vehicle occupant traffic has shown an increasing trend from 2013 to 2017 and has remained stable since. In 2019, goods vehicle traffic was 68 billion vehicle miles, a slight decrease of 0.2 per ecnt compared to 2018.