Toyota has revealed its updated Hilux pickup, which features a new look, revised chassis and a more powerful engine. 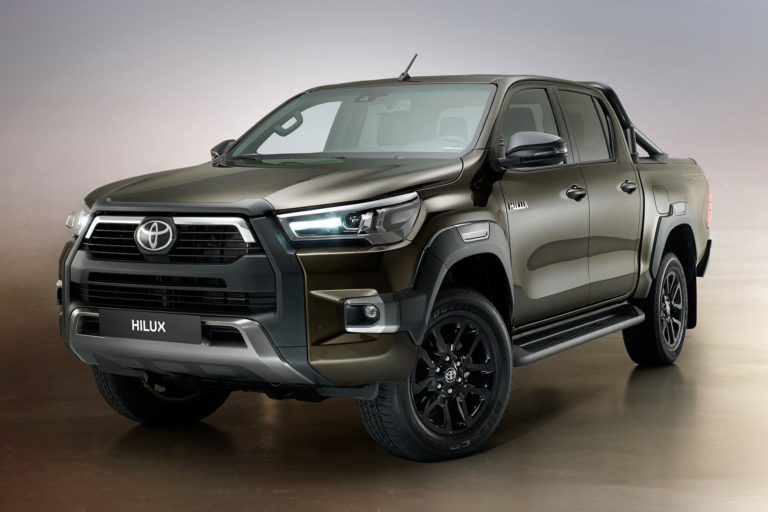 Due to go on sale in November, the Hilux Invincible X features a new front end incorporating a three-dimensional grille, while in the cabin there’s an eight-inch infotainment screen along with Apple Carplay and Android Auto.

With the Mercedes-Benz X-Class, the Volkswagen Amarok and the 3.2-litre Ford Ranger all discontinued, the new Hilux will offer the biggest engine capacity of any pickup available in the market.

The Hilux uses a body-on-frame construction and Toyota has retuned the front and rear shock absorbers in a bid to improve ride quality.

Engine speed at idle has been reduced from 850 to 680rpm while vehicle stability control has been updated and a new tyre angle monitor has been adopted.