There are currently 84 active hydrogen filling stations in Germany, 121 per cent more than in the rest of Europe combined.

This is shown in a new infographic from Block-Builders.de. The country with the second most H2 filling stations is Norway. 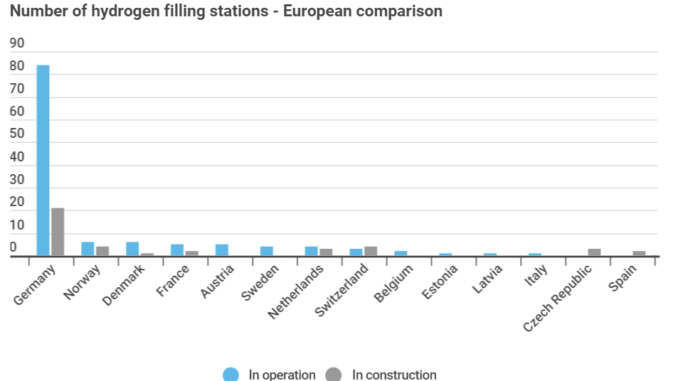 The graphic also shows that Germany has also submitted the most patents for the fuel cell sector in Europe, and with 17,238 registrations of industrial property rights the Federal Republic of Germany is in third place worldwide. Only in Japan and the USA were more patent applications filed. 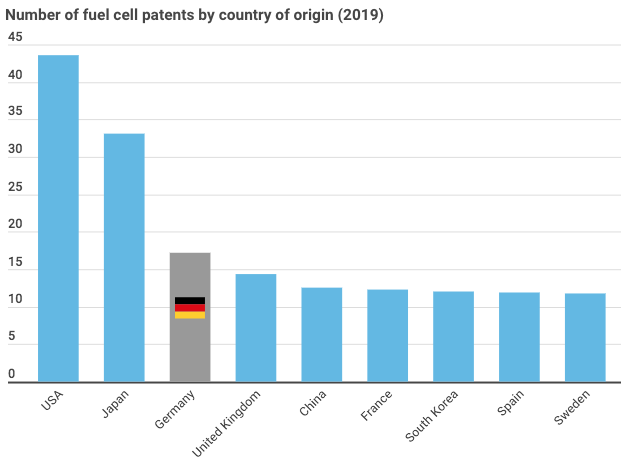 We can also see evidence of this H2 upswing in the share price development of listed companies. For example, ITM Power’s market value has increased by 958 per cent over the last five years. Nel ASA securities have similarly climbed 470 per cent since the IPO in 2017. Meanwhile, analyses of Google’s search engine data show that investors seem to recognise the potential, with the relative search volume for the search term pair “hydrogen stocks” increasing by 1,850 per cent over the last two years.

According to studies, this will be a global mass market worth up to 2.3 trillion euros by the year 2050. Above all, this could all mean major change for the automotive industry. According to the graph, it is possible that by 2050 more than one in three vehicles will be equipped with H2 propulsion.

“Hydrogen technology could play a major role in the future,” commented Block Builders analyst Raphael Lulay. “Not least because the use of green hydrogen would make climate change targets achievable. Germany could play a pioneering role in this respect – with the latest policy package from the Federal Government potentially further promoting this development. This cutting edge technology also offers a wide range of opportunities for investors.”