A Co. Wexford TD and former president of the Irish Road Haulage Association has called for Dublin port’s Ro-Ro activities to be moved to Rosslare as a means of reducing traffic and pollution in the the Capital. 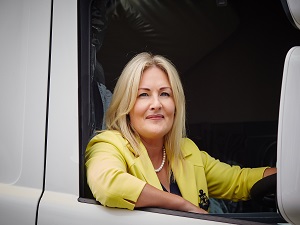 “Rosslare has the capacity, and Brexit is coming down the line. Seeing as Rosslare is the port that’s most strategically placed, that’s where it needs to be.”

Ms Murphy said that future growth at Dublin port, would only exasperate the traffic and pollution problem in the Capital.

She added: “Growing Dublin Port is only going to grow the problem.”

She said moving the port would be a long-term project, but that moving the roll-on, roll-off traffic would be the ‘easiest bit’ and could be done ‘immediately’.