Van, Truck, Trailer, Bus and Coach Aftermarket News in Ireland
Menu
HomeNewsIrish HGV market up 9.7 per cent in Q1 2020
The new Irish heavy commercial sales for the first quarter of 2020 were up 9.7 per cent despite the sharp downturn in March due to the Covid-19 crisis impacting here. Figures released by the Society of the Irish Motor Industry (SIMI) revealed that it was April, with dealership sales closed before the full  impact was felt. 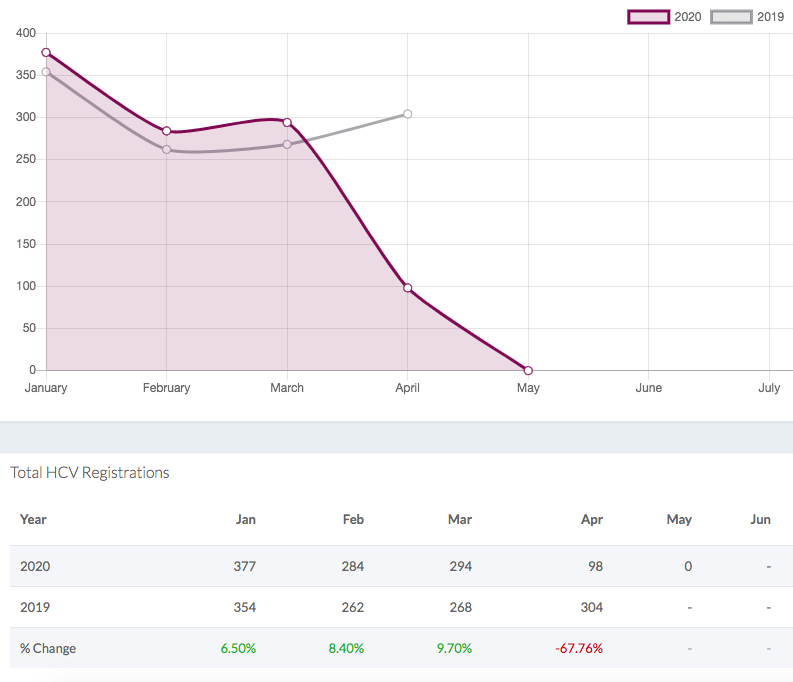 Meanwhile , new HGV sales in Northern Ireland for Q1 showed a decline of 20.5 per cent. The UK’s new heavy goods vehicle (HGV) market fell -22.5 per cent in the first quarter of 2020, with 9,193 units registered, according to figures released by the Society of Motor Manufacturers and Traders (SMMT). Fluctuations in the sector’s naturally long fleet renewal cycle, together with lockdown measures introduced partway through March affected HGV registrations, rounding off the first three months of the year down some 2,666 units.

Registrations of rigid trucks fell -12.0, driven by a double-digit percentage decline in the >16T truck segment, while trucks weighing >6-16T saw a lesser -5.8% fall in registrations. Meanwhile, demand for articulated heavy trucks declined by more than a third, down -34.5% as 3,613 vehicles joined UK roads.

While tractors continue to make up the majority of HGV registrations with more than 3,500 vehicles registered, nearly all segments saw double-digit declines in the first quarter of the year. 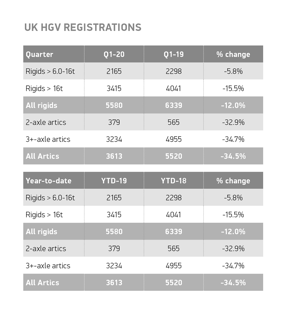 Elsewhere, refuse disposal and curtain sided vehicles experienced increased demand, up 24.4% and 1.2% respectively, likely due to ramped up essential services such as rubbish collection and supermarket and warehouse deliveries amid a nationwide pandemic. 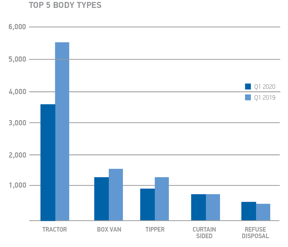