One of the big contributors to poor urban quality, both for nitrogen oxides (NOx) and particulates has historically been bus fleets. However, Emissions Analytics’ experience across multiple types of vehicle, from light- to heavy-duty, has been that performance can differ markedly from model to model of seemingly similar technologies, and also between official figures and the reality of performance on the road. 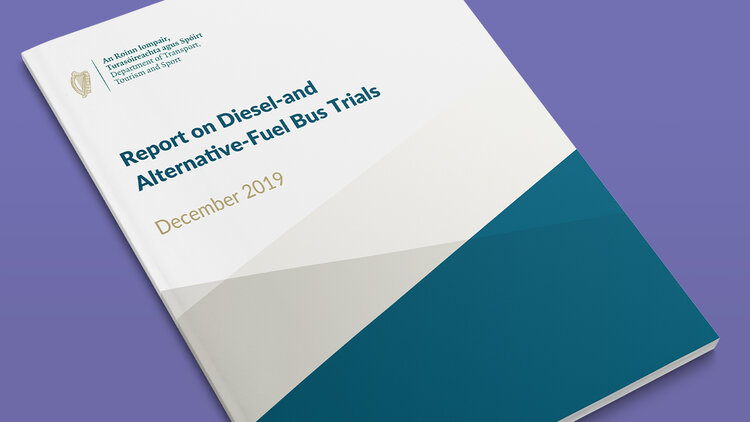 To improve urban quality, Ireland’s National Development Plan committed the country to stop purchasing diesel-only buses for the urban public fleet by July 2019. To ensure that it make the best purchasing decisions in order to achieve that objective in the most effective way, the Irish Department for Transport, Tourism and Sport (DTTAS) commissioned Emissions Analytics to test eleven different types of bus in realistic conditions in Dublin and Cork. Emissions Analytics’ independence ensured that unbiased, real-world data could be gathered, rather than relying on existing third-party information.

The test equipment proposed by Emissions Analytics, largely relied on a Portable Emissions Measurement System (PEMS) from Sensors, Inc of the USA. The unit was certified to the standards required when used for official certification in Europe, even though these tests were not regulatory tests. The equipment passively measures both the flow of gas and pollutant concentrations from the bus tailpipe.

The buses tested ranged from existing diesels on the fleet such as the 2008 and 2013 Volvo B9TL, and the 2018 Mercedes-Benz Citaro BlueTEC 6, through to a new diesel Wrightbus Streetdeck Hybrid and a new Scanio Enviro 400 CBG powered by natural gas. Also covered were retrofits to these existing Volvos to understand the effectiveness of the after-market installations of Selective Catalytic Reduction (SCR) systems aimed at reducing NOx emissions.

Together with DTTAS and consultants Byrne Ó’Cléirigh (BOC), Emissions Analytics designed test cycles on the road of Dublin and Cork, based closely on existing bus routes. As the buses were tested when not in public operation with passengers, it was necessary to mimic the behaviour around regular bus stops to ensure that the average speeds and dynamicity of the cycles mirrored as closely as possible the reality of typical live operation. Taking this one step further, results were gathered for ‘cold start’ operation, where emissions are typically higher as the bus is warming up from cold, and also during regeneration of the diesel particulate filter, which similar leads to heightened emissions.

While the focus was on reducing pollution from NOx and particle emissions, the test programme covered a wider range of measurements to give a more holistic view. Other pollutants measured were carbon monoxide and, where relevant, total hydrocarbons. Relevant to the greenhouse gas agenda, carbon dioxide was measured, from which, using the carbon balance methods, the fuel consumption was derived. In this way, a rounded view on pollution and operation cost was formed, thereby ensuring that decisions around reduction of certain pollutants did not lead to unintended other consequences.

The final report detailing the findings from the trial has now been published. You can download it here.