Van, Truck, Trailer, Bus and Coach Aftermarket News in Ireland
Menu
HomeNewsFewer than half of UK-based van drivers use handsfree

Here’s an interesting finding from a study carried out on 1,000 van drivers by Volkswagen Commercial Vehicles (VCV) in the UK. Fewer than half of those van drivers use handsfree or Bluetooth technology while driving and are continuing to risk a £200 fine in the UK, and six penalty for making calls on the go. 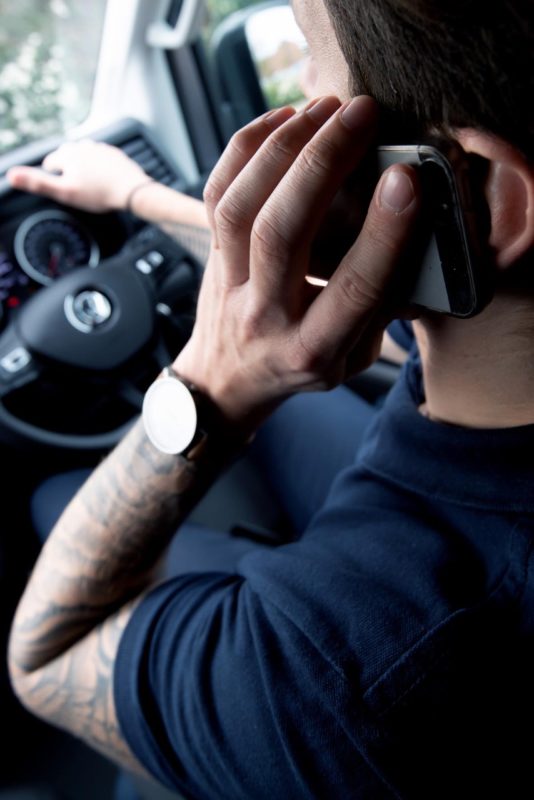 Despite the average worker making seven calls a day while driving and spending an average of 37 minutes on the phone for work each day, just 41 per cent use handsfree and Bluetooth technology on a frequent basis. I have no reason to believe that that the statistics are any better on Irish roads.

It’s not just making calls either, a ‘RAC Report on Motoring 2019’ found that 17 per cent of drivers in the UK admitting to sending and receiving texts, checking e-mails or posting on social media while driving. Last year, VCV also revealed that 23 per cent of drivers don’t even have a handsfree kit in their van.

To help, Volkswagen Commercial Vehicles UK says that it fits a Bluetooth hands-free kit as standard across its entire model range, and for complete customer convenience, the brand’s vehicles also offer App Connect (wireless on the recently launched Transporter 6.1) which allow access to certain apps on the move and include the facility to dictate and listen to text or WhatsApp messages without taking their eyes off the road.

Interestingly the VCV research revealed differences between van drivers in London, Yorkshire and the Humber, and the North East who are most likely to dial using the technology, while Scottish van drivers are twice as likely to give handsfree a miss compared to any other region.

This news comes three years after tougher laws were introduced to clamp down on mobile phone use behind the wheel in the UK. The legislation includes not only making calls, but also texting, taking selfies or posting on social media. Since March 2017, drivers have faced a fine of £200 and a six penalty points, meaning being caught twice is enough to get a licence revoked.

With many affordable aftermarket hands-free kit options, all van drivers (and all vehicle drivers) should have one fitted. For most van drivers, it effectively doubles as their office, and communications is necessary, so hands-free is essential.