The new fifth generation Volkswagen Caddy made its World premiere in Düsseldorf this week with VW executives boasting that it is more digital, connected, and efficient than ever before.

Prices and specifications are yet to be confirmed, and the on-sale date for Ireland is expected to be towards the end of this year or very early in 2021. 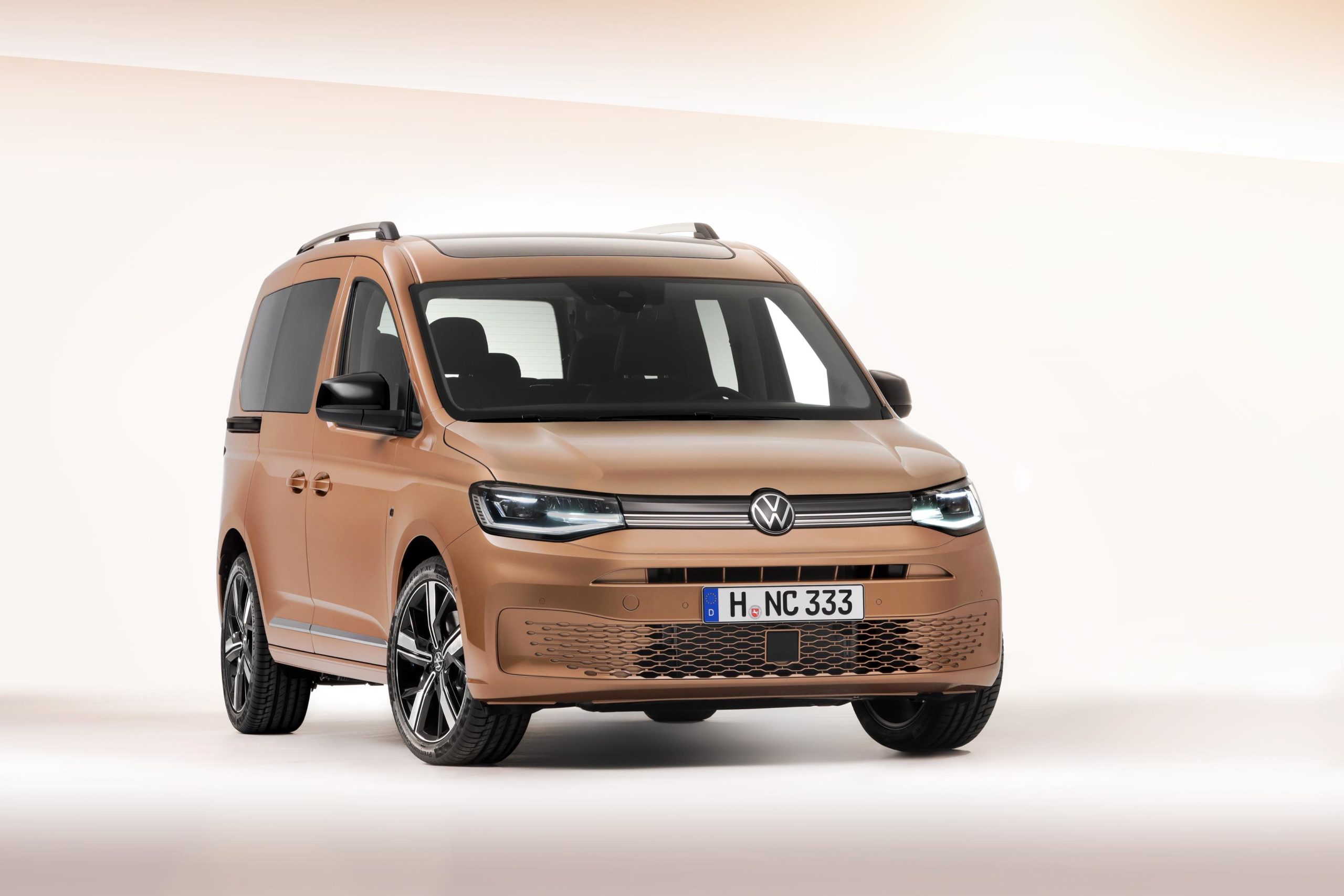 As you would expect, the new Caddy will be available as a van, family MPV and shuttle, but also as a camper. Volkswagen says that it has limitless versatility. So far over three million Caddy’s have been built, and now, as a world première, VW is revealing the progressive, of the Caddy.

Thomas Sedran, CEO of the Volkswagen Commercial Vehicles told us: “With its significant increase in space, absolute perfection in detail, new technologies and a new design dynamic, the new Caddy is making a huge leap forward.” 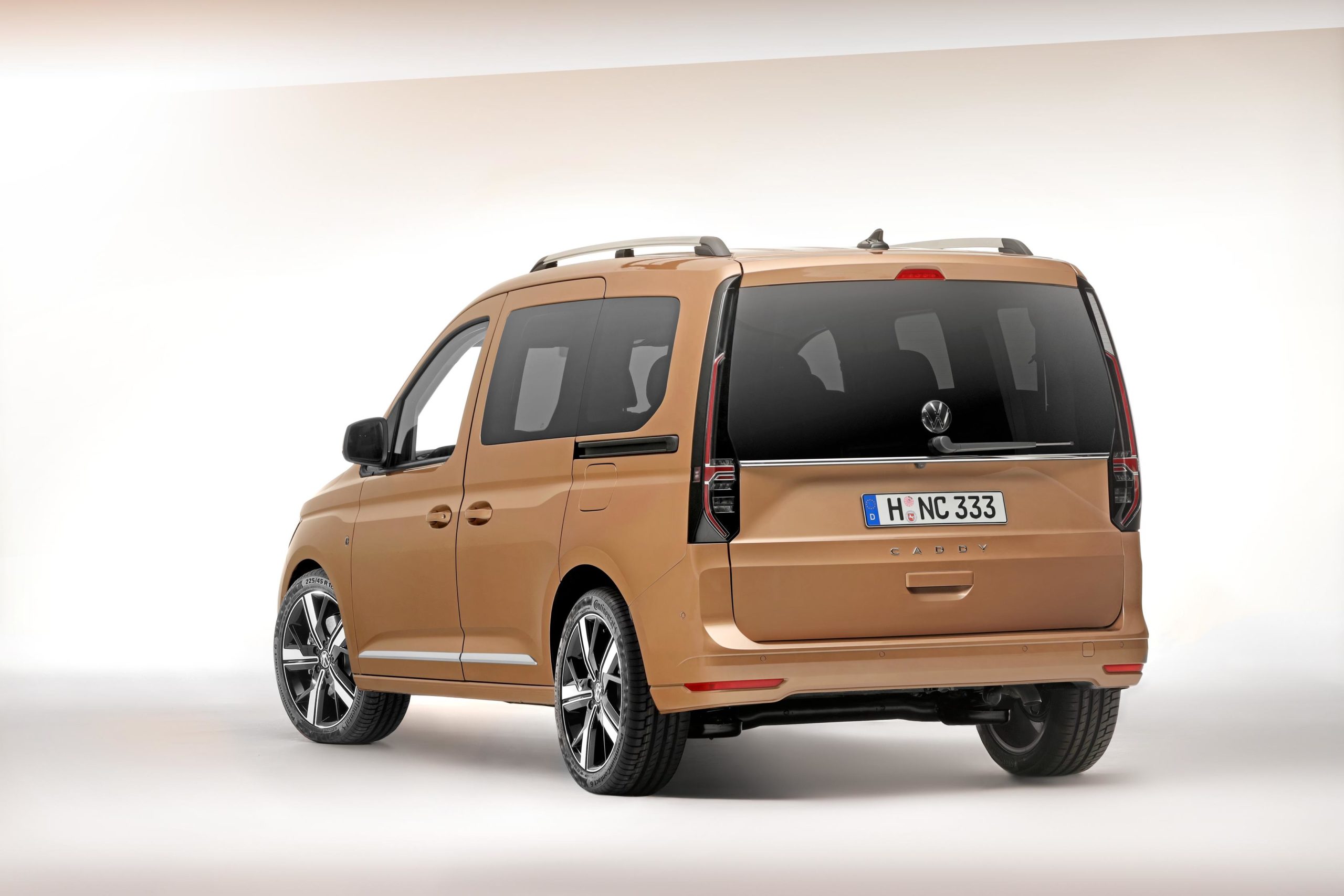 Volkswagen boasts that every detail from the ground up is new, as for the first time the best seller is now based on the Modular Transverse Matrix (MQB). Thanks to the MQB, VW says that new high-end technologies now find their way into the range. Innovative driver assistance systems enhance safety and make driving easier; networked infotainment and digitalised control systems turn the Caddy into a smartphone on wheels; a new twin dosing technique makes the TDI engines cleaner than ever before.

The exterior of the new Caddy has been given a completely new and more sporty design. At the same time the space in the interior has also been significantly improved. The Caddy is an “all-rounder, the Swiss Army knife of urban delivery vans and family MPVs,” according to VW.

“This gives it the potential to grow Volkswagen Commercial Vehicles’ share in the so-called A segment of the market for urban delivery vans and compact MPVs all around the globe,” explains Heinz-Jürgen Löw, Member of the Board of Management for Sales and Marketing. The new Caddy will launch later this year.

With the CW value reduced from 0.33 to 0.30, the Caddy sets a new benchmark for this type of vehicle. In terms of engineering and specification, the exterior of the Caddy has a number of new features. These include as options the electric closing aids for the sliding doors and tailgate, plus a panoramic sunroof – with an especially large glass area of 1.4 m2 above both the first and second rows of seats. Also new: up to 18-inch alloy wheels and – fitted as standard in the top versions – new LED headlights and LED rear lights.

Included for the first time are the Keyless Access (Kessy for short) ignition and locking system and the ‘Digital Cockpit’.

Inside, the fifth generation of the all-rounder impresses with new high-tech solutions and appreciably more space.

The indicator and control elements have been completely redesigned: the interactive interfaces to driver and front- seat passenger are formed by the new Digital Cockpit (optionally fully digital instruments) and the radio and infotainment systems (between 6.5 and 10 inches in size).

The fusion of Digital Cockpit and top 10-inch navigation system creates a new digital landscape of indicators and controls: the ‘Innovision Cockpit’. Via an online connectivity unit (OCU) with integrated eSIM the infotainment systems are able to access the mobile online services and functions of ‘Volkswagen We’, meaning the new Caddy is ‘always connected’.

Another new feature in the Caddy: digital buttons for light, sight, audio and menu functions. The rotary switch for light has served its time, with the front array of buttons for Light & Sight to the left of the steering wheel now taking over its role.

Various items of the central control system’s menu can be reached very quickly and easily via the direct access buttons. In addition, LED interior lights, ergonomic seats and a power supply for external 230V devices enhance life on board. Another new feature is a roof vent for better climate control and faster stationary ventilation in the back.

The new Caddy boasts 19 driver assist functions, with emphasis being put on safety as well as technology. Six of the 19 driver assistance systems on the Caddy are completely new. They include
Travel Assist, which has never before seen on a Volkswagen commercial vehicle. It uses a mixture of lane-keeping assistance, adaptive cruise control and other aids to keep the driver in check. Trailer Assistance will also make its first appearance and allows for easier trailer manoeuvring.It is already offered on the larger Crafter van.

They are from the next stage of engine evolution, fulfil the 2021 Euro 6 emissions standards and are all fitted with particulate filters.

Three diesel engines (making 74bhp, 100bhp and 120bhp) will be available and are claimed to be up to 12% cleaner than previous iterations, thanks to ‘double-dosing’ AdBlue in order to reduce NOx emissions. A 114bhp turbocharged petrol engine will also be available.

The new drive system technologies have a noticeably positive effect both ecologically and economically: dependent on engine version, the Caddy’s projected fuel consumption is claimed to be up to twelve per cent lower than the previous model.