Communication between drivers and cyclists can be difficult, with riders having to remove their hands from the handlebars to indicate changes in direction or to express thanks.

According to RSA statistics, eight pedal cyclists were killed on Irish roads in 2019, and the EU Commission’s Traffic Safety Basic Facts says around 2,000 cyclists are killed on Europe’s roads each year. 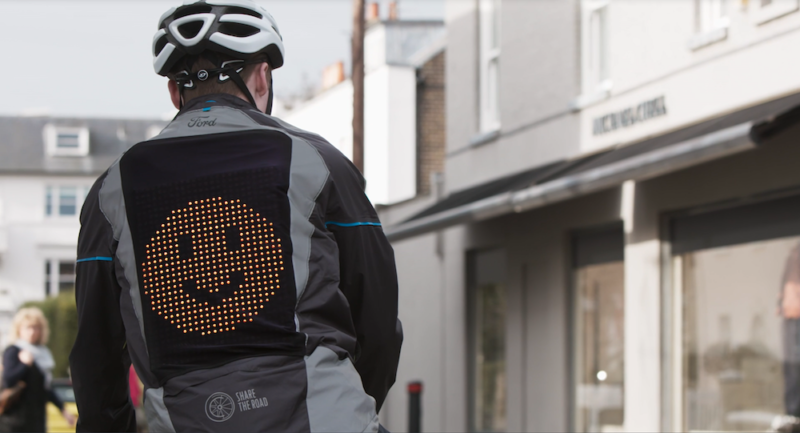 Now – as part of its ‘Share The Road’ campaign – Ford has commissioned a prototype Emoji Jacket, which it says is a one-of-a-kind creation.

The Emoji Jacket has been designed to show how tensions could be eased by enabling riders to more easily and more clearly show drivers what their intentions are – and how they are feeling. Ford says the jacket is not available to buy.

The jacket features an LED mesh panel that can display:

The cyclist activates each emoji, indicators and the hazard sign using a wireless remote mounted on the bicycle’s handlebars. 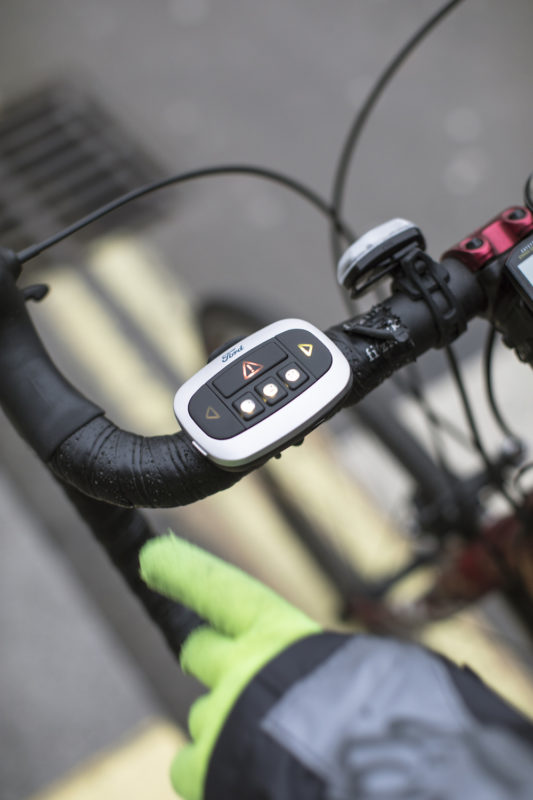 Emmanuel Lubrani of Ford Europe’s ‘Share The Road’ campaign comments: “We are now living – and driving – in a world where communication is crucial. But all too often between drivers and cyclists this just comes down to the beeping of a horn or a rude gesture. Cyclists usually have to take a hand off the handlebars to communicate. The Emoji Jacket uses a universally understood means of communication to show one way in which tensions could be eased – and we all learn to ‘Share The Road’.”

Ford has also produced an award-winning virtual reality experience so that drivers and cyclists can better understand the challenges of each other’s journeys.

‘WheelSwap’ enables motorists and cyclists to see how inconsiderate driving and riding can be at the least hair-raising –and potentially fatal – for their fellow road users. Ford says initial studies show that after undergoing the experience, nearly all participants said they would change their behaviour.