The Go-Ahead Group is rolling out air filtering buses to towns and cities throughout England. 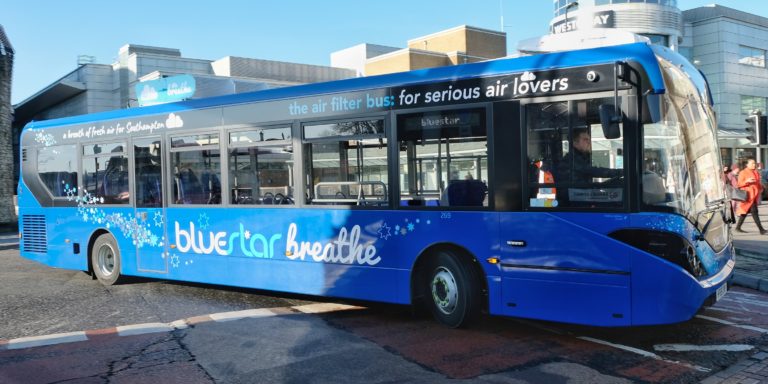 The single-decker models, which are said to strip pollutant particles from the air as they drive, will be deployed from early summer.

Each bus is fitted with an air filtering system made up of three fans on the roof that suck ultra-fine particles and dirt (known as PM10) into special filters.

The roll-out follows a launch in Southampton last year. Initial tests showed that a single bus could remove as much as 65g of pollutants from the air – equivalent to the weight of a tennis ball – in a 100-day period (and cleaned 3.2 million cubic meters of city air).

Go-Ahead will also add five more of the vehicles into Southampton by early February, covering an entire city centre route.

David Brown, Go-Ahead chief executive, said, “We want to play our part in tackling the crisis in urban air quality and show that buses can be integral to cleaning up our cities. Our air-filtering system has exceeded all expectations in how it can benefit the environment, and it builds on our track-record as operator of the UK’s greenest bus fleet.

“We believe the Air Filtering Bus provides a ‘quick win’ for councils as they explore initiatives such as Clean Air Zones to tackle toxic pollution.”