Crawley-based removals and storage business Bishop’s Move has added a stylish DAF 18-tonne to its growing fleet. The CF 290 FA 4×2 box van carries a retro-livery, modelled on the company’s fleet in the 1930s, as the family-owned firm celebrates 165 years of successful trading. 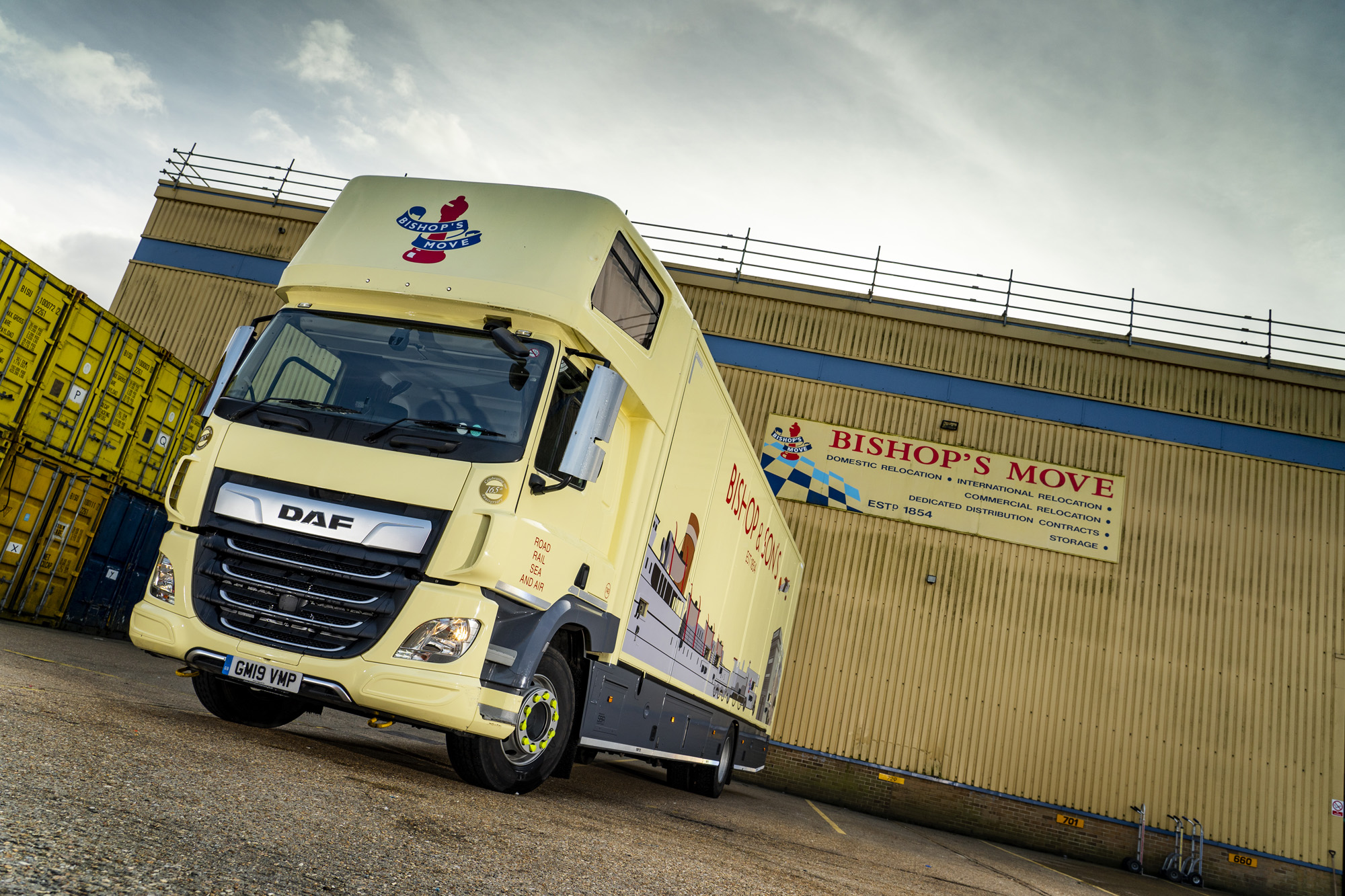 The latest truck was part of an order for 17 DAFs supplied on lease through Channel Commercials in Ashford, Kent. They join a Bishop’s Move fleet that numbers some 150 vans and trucks in total, operating either directly with the parent company or through its franchised operations. The arrival of the new DAFs pushes the marque’s dominance among vehicles above 3.5-tonne to some 90 per cent.

Neil Bishop, current chairman and a sixth-generation founding-family member, said, “We have been shifting across to DAF for the past four or five years, as aftersales care levels dropped badly with our former preferred choice. This has been no hardship though, as the DAFs have proved a much better package. They are better value for money – including running costs as the Euro-6 engines bed in – and, compared to the old brand, we find far less goes wrong with the DAFs.”

The new 18-tonne CF 290 FA, which has a 6.9m wheelbase, comes with a ZF manual gearbox, rear air suspension and a cab with twin-sleeper Hi Roof cab conversion built by SBR Specialist Coachbuilders. The cab itself has been specified with seating for a four-man crew when needed, with the arrangement also allowing a third crew member to sleep in the main cab area if required.

Along with the cab conversion, SBR built the special removal body for Bishop’s Move, which features fixed side doors on both near and off-sides of the truck as well as full side-skirts. Following a detailed brief by Neil Bishop, the bodybuilder produced the final design for the retro-livery as well, before applying it to the completed truck.

A number of the firm’s fleet have also been fitted out with special internal padding and alarm systems for the movement of fine art and other valuable antiques, while others have high-performance tail-lifts.