The electric version of the Mercedes-Benz Sprinter has entered production. 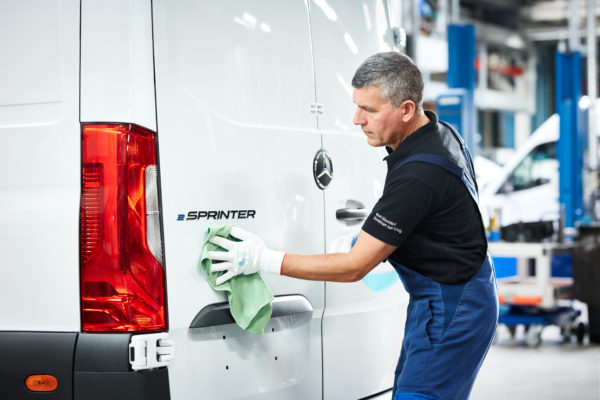 The milestone moment was marked by a ceremony on the production line at the van’s production plant in Dusseldorf for employees and invited guests.

More than 4.6 million vans have been produced at the plant since it was opened in 1962. Since 2018, production of the new Sprinter has also taken place there, with over 200,000 units having already left the assembly line.

The new eSprinter is intended to cover the broadest possible range of use in urban mobility. Initially it will be offered as a panel van with high roof and a permissible gross weight of 3,500 kilogrammes.

Its production follows a huge investment in the plant – the biggest van production facility operated worldwide by parent group Daimler AG – and the training of thousands of staff in EV technologies.

Marcus Breitschwerdt, Head of Mercedes-Benz Vans, said, “We are continuing to stay on track: the start of production of our eSprinter marks a further milestone on our way to electrification. In the coming years, electric drives will come to prevail more and more and become a mighty pillar in our product portfolio, which above all will govern the urban, commercial sector.”