The Freight Transport Association (FTA) in the UK has announced that members of its Logistics Emissions Reduction Scheme (LERS) achieved a 4 per cent reduction in their greenhouse gas emissions during the past year. 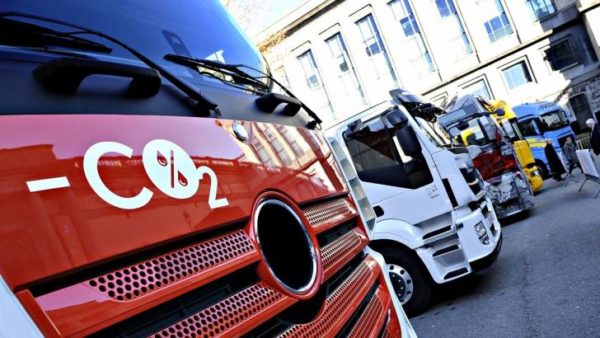 The FTA’s 2019 Logistics Emissions Review also found members of the voluntary scheme decreased their average kg of carbon dioxide equivalent (CO2e) per vehicle from 0.75 in 2016/17 to 0.72 last year.

The report also illustrates members’ continued efforts to ensure they are operating the cleanest vehicles available; 58 per cent of the LERS group’s HGVs are Euro VI standard, up from the 48% recorded in 2017. This story is the same for vans, with 57 per cent of members’ vans meeting the Euro 6 standard, an increase from the 44 per cent figure from 2017. In addition, there has been a significant drop in the use of Euro 3 vans – down from 22 per cent in 2017 to just under 3 per cent.

FTA’s Environment Policy Manager, Rebecca Kite, said, “We are thrilled that members of LERS have continued to achieve a downward trend in their emissions since 2010. The scheme has continued to grow throughout the past 12 months and now represents 142 members, accounting for 99,238 commercial vehicles.

“We launched an online guide specifically designed to provide fleet operators with advice on reducing their fuel consumption, as well as their emissions. The outcome has been staggering and extremely impressive, with results showing LERS members are 13 per cent more fuel efficient than the industry as a whole. With this evidence, we can demonstrate to government that the industry is committed to climate change, without the need for additional regulations and taxation.”