Toyota tells us that it has unveiled a new hydrogen fuel cell electric UTR (Utility Tractor Rig in conjunction with the 43rd Fuel Cell Seminar and Energy Exposition. The Japanese manufacturer claims this is a world first. The unique UTR is now in operation at the Port of Los Angeles. 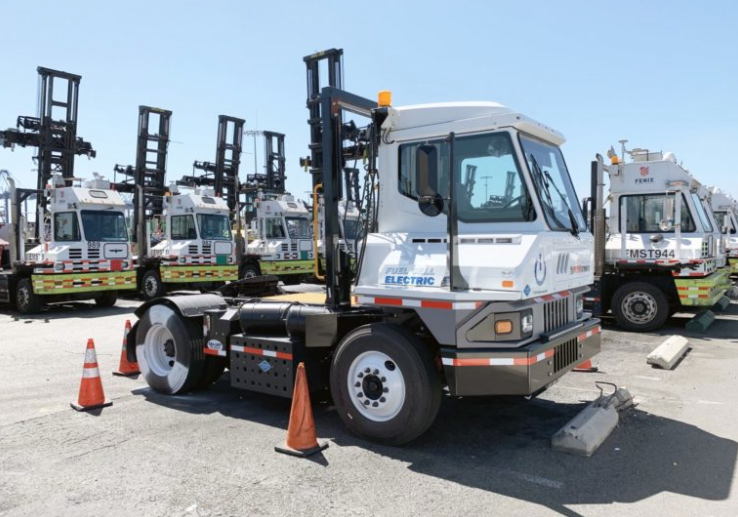 The prototype, known as UNO, has been deployed at the Fenix container port as a test of how zero-emission container handling equipment could operate in a real-world, marine terminal environment.

“We appreciate the support of the Port of LA and Fenix Marine Services to allow us to demonstrate another application of Toyota’s hydrogen fuel cell electric technology.”

Fenix’s terminal, located at Pier 300 in the Port of LA, handles over one million containers per year and deployment of the UNO will help to meet its ongoing commitment to the Port’s Clean Air Action Plan goals.

Gene Seroka, executive director of the Port of Los Angeles, said, “The UNO deployment demonstrates how cutting-edge environmental technology and maritime operations are not mutually exclusive.

“We applaud Fenix for constantly looking at how to move containers in the most economical and environmentally efficient way.”

The hydrogen fuel provides quicker refuelling time than battery-electric options. The first UNO test cycle at Fenix ran for 2.5 hours per trial on the rail and consumed one fill of its two hydrogen tanks. Additional tanks can be added for the desired range and can be filled in around 3 minutes, allowing much quicker options to get back on the road than battery.