Last week Anheuser-Busch (A-B), the brewers of Budweiser and Bud Light among other products, in partnership with Nikola Motor Co (Nikola) and BYD Motors, completed their first ever ‘Zero-Emission Beer Delivery’ in the company’s home city of St. Louis in the US. 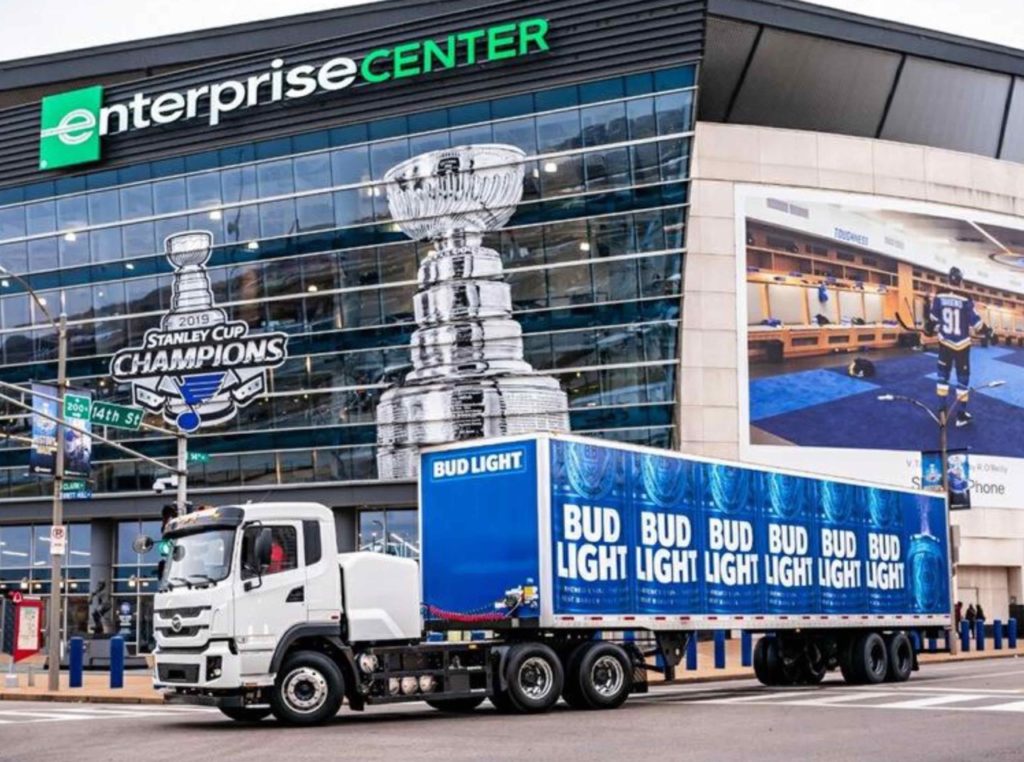 A Nikola hydrogen-electric truck picked up the load of beer, including flagship beer brand Bud Light, and delivered it to Anheuser-Busch local wholesaler partner, Lohr Distributors – marking the first commercial delivery onboard a Nikola hydrogen-electric vehicle. Lohr Distributors then delivered the beer to the Enterprise Center, home of the St. Louis Blues, on a BYD electric truck – a milestone delivery for the brewer as the beer reached its destination with zero-emissions from transportation.

The delivery builds on Anheuser-Busch’s ongoing commitment to sustainability and existing partnerships with both Nikola and BYD. Through their 2025 Sustainability Goals, A-B has committed to reducing carbon emissions across their value chain by 25 per cent by 2025.

Last year, Anheuser-Busch placed an order for up to 800 hydrogen-electric powered semi-trucks from Nikola, a pioneer in hydrogen-electric renewable technology. The partnership will help the brewer transition their entire long-haul dedicated fleet to zero-emission vehicles.

“As the first commercial delivery of freight with our hydrogen-electric truck, this is an exciting time for both Nikola and Anheuser-Busch. This milestone will become an example for all other OEM’s to move away from diesel trucks and towards zero emission vehicles,” said Trevor Milton, Nikola’s chief executive officer. “We look forward to helping the Anheuser-Busch team achieve their sustainability goals by leveraging Nikola’s zero-emissions technology. We are now preparing production vehicles for Anheuser-Busch and plan on delivering the trucks as fast as possible.”

To complement the Nikola partnership within their routes, Anheuser-Busch also announced a pilot project with BYD in California last month to improve the sustainability of their fleet at four Anheuser-Busch distribution facilities across southern California. The 21 BYD electric trucks as well as a 958.5 kW solar array to charge the vehicles will be implemented this year as the largest Class 8 electric truck deployment in North America.

“Partnering with Anheuser-Busch is a great opportunity to showcase BYD’s performance and reliability with an industry leader,” said Stella Li, President of BYD Motors. “Our dedication to innovation pairs nicely with Anheuser-Busch’s sustainability commitment.”

To further highlight the power of partnership, Anheuser-Busch also hosed more than 100 strategic suppliers and partners in St. Louis last week for their inaugural ‘Eclipse Summit’ to discus best practices and align on collective action in sustainability. Both Nikola and BYD participated in the summit to highlight their cutting-edge technology and the impact of their partnerships with the brewer.

BYD Co. Ltd. features regularly in these pages. It is one of China’s largest privately-owned enterprises. Since its inception in 1995, the company quickly developed solid expertise in rechargeable batteries and became a relentless advocate of sustainable development, successfully expanding its renewable energy solutions globally with operations in over 50 countries and regions. Its creation of a Zero Emissions Energy Ecosystem – comprising affordable solar power generation, reliable energy storage, and cutting-edge electrified transportation – has made it an industry leader in the energy and transportation sectors.