Prodrive is perhaps best known for motorsport, but today it is just one part of an organisation that in the last decade has diversified to become a technology business working in several sectors and providing a range of services. It is currently working with Volta Trucks to help engineer its revolutionary 16-tonne electric HGV designed, not only to meet zero emissions requirements, but also to help keep vulnerable road users safer in crowded urban environments. 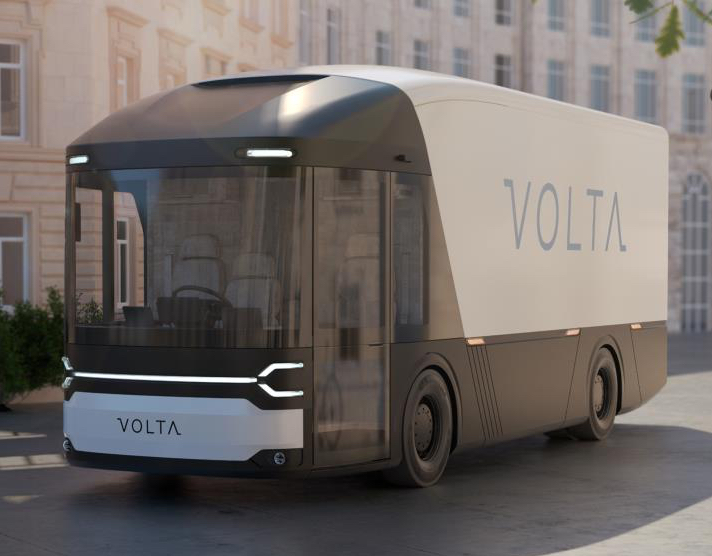 The Volta Trucks concept HGV positions its driver low down, centrally and forward of the front axle, to give uninterrupted vision at street level through 220 degrees. Prodrive will help develop the design into a drivable demonstrator by early summer 2020.

According to the London Mayor’s office, 23 per cent of pedestrian and 58 per cent of cyclist deaths in London involved a Heavy Goods Vehicle, despite HGVs making up only 4 per cent of road miles in London. By positioning the driver in the centre of the cab at eye level with a pedestrian; using extensive cabin glazing and replacing conventional rear-view mirrors with cameras, dangerous blind spots are eliminated. Passenger seating is arranged behind the driver, on either side. Transport for London already has a star rating system for truck visibility called the Direct Vision Standard, which comes into effect from October 2020. Prodrive believes the Volta truck will exceed that by such a margin as to set a new standard.

“Trucks face two major issues in an urban environment; not only are diesel engines rapidly becoming unacceptable but the category is disproportionately represented in accidents involving death and injuries among pedestrians and cyclists,” explains Steve Price, the project leader at Prodrive. “Our client Volta Trucks has taken the design opportunity provided by the switch to electrification to re-imagine the layout of a conventional truck and address emissions and safety concerns simultaneously.” 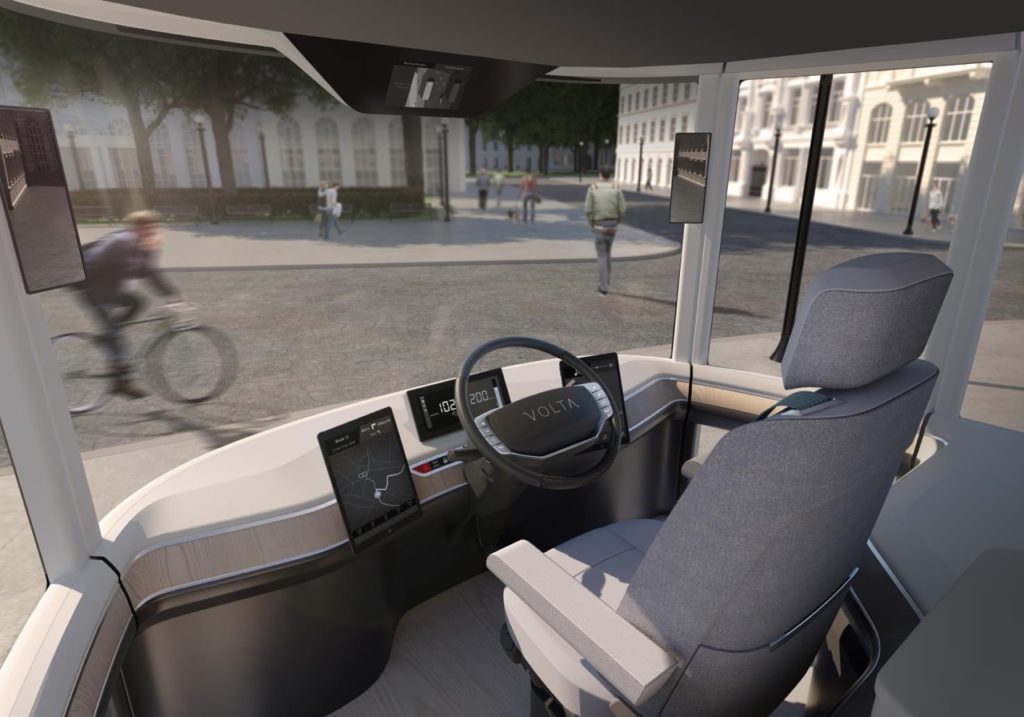 To further reduce potential hazards, the truck uses bus-style doors on both sides with a slide/swing action to minimise intrusion into the path of pedestrians or cyclists, and allowing the driver to easily access the central driving position. To maintain compatibility with existing loading bays, the rear of the truck and the tail lift arrangement follow conventional practice. This approach means the demonstrator vehicle can be created by combining an existing donor rear chassis ladder frame with the innovative cab and frontal arrangement.

Targets for the truck include a range of 100 miles, a top speed of 50 mph and a gradeability sufficient to briskly negotiate the on-off ramps and slip roads typical of urban elevated routes. To maximise payload, the new cab will be a composite-clad spaceframe structure, the composite panels using natural rather than carbon fibres. The vehicle can be produced in a range of sizes from 14-18 tonnes.

Such is the pressure to improve urban air quality as quickly as possible, that Volta’s target is to show the finished prototype vehicle in mid-2020 and make it available for driving demonstrations later in the year. In parallel with the demonstrator schedule is a program to manufacture a fleet of prototypes for field trials in London and Paris with interested parties during 2021.

In order to meet the short timescales, Volta has brought together a number of partners, including Astheimer, specialists in automotive design, and Conjure for the HMI (Human Machine Interface). Prodrive’s role is overall engineering responsibility for the vehicle and program delivery, including cab, chassis and electrical architecture.

During the manufacture of the prototype batch, Prodrive will gradually hand over build responsibility to the confirmed production supplier, but will retain engineering responsibility and oversee ongoing development. The target manufacturing volume is 2000 units per year.

Prodrive’s track record in EV engineering began in 2001 with the conversion of a front-wheel-drive Saab into a hybrid demonstrator with the rear axle electrically driven. More recently, the company led the fast-track development program for Ford’s plug-in hybrid version of the Ford Transit Custom and built a fleet of 20 vans which were used in a successful 12-month trial with customers in London. So good were the results, that the Ford Transit PHEV is set to enter full production later this year.