McGregor Logistics, a UKl and international transport and warehousing operator, has confirmed its commitment to buying new DAFs, breaking with its previous policy of acquiring high-quality used trucks. The operator has added over 20 new DAFs this year alone, growing overall fleet numbers to 75, all DAFs except one, and with a further 120 trailers. It also has growing warehousing operations, currently with 250,000sq.ft. of space. 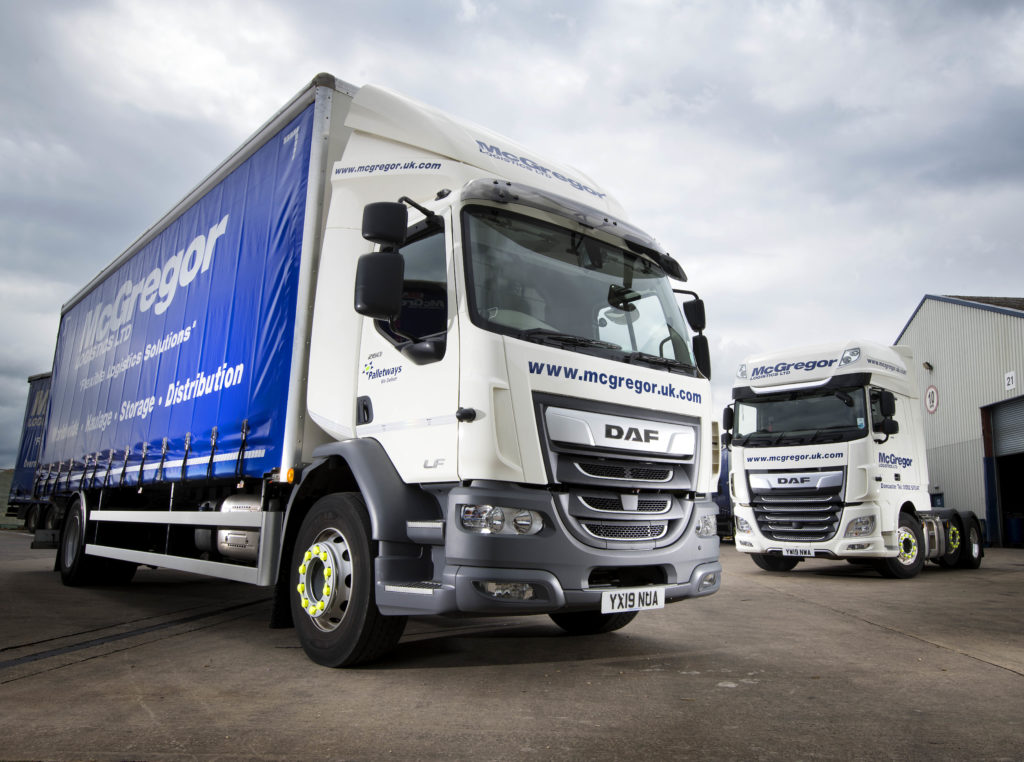 Keith Law, founder and managing director of the family business, was an international truck driver for some 15 years before deciding to go into business for himself, buying and servicing his own trucks. That was in 2006, since when the business has grown from its base in Doncaster to include operations in both Tilbury and Cardiff, the latter opened earlier this year. In addition, the company has had Palletways pallet franchises since 2014, at both Tilbury and Doncaster.

Talking about the business, Keith Law said, “If it’s in your blood it’s in your blood. I had all the experience as a driver to know the routes, the demands, the way customers operate and what they want. So, I still manage the full-load UK and continental operations, but now have my daughters Katy and Emma as Operations Director and Pallet Services Director respectively, while my son, James, is our Network Director, in charge of staff, vehicles and customer interface.”

Keith’s background in service sees the firm run its own workshops for vehicle maintenance and repair, and it was from this side the decision to switch out from quality used to new trucks came. 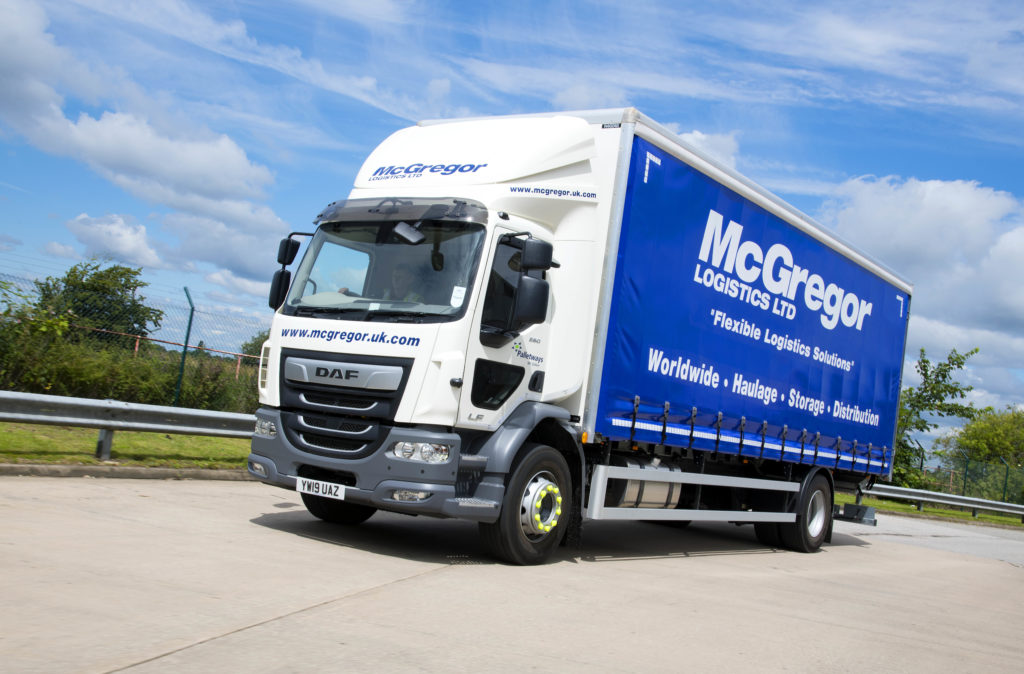 He confirmed: “It was fine when we started. We bought three-year-old DAFs from various suppliers and ran them for about three years before replacing them with more of the same. As numbers grew, though they were still great trucks, inevitably we could see the maintenance costs slowly growing as well. Eventually.

“We reached a point where we thought it might make sense to look at new, and with great support from the DAF dealer in Hull, now called Motus Commercials, we started to switch to buying brand new trucks. That has become our policy. We buy brand new DAFs, with two-year R&M and a third year driveline warranty, then, once that third year has passed, we sell them on.”

Keith Law says the new policy is a winner on a number of counts. Clearly, the cost of maintenance with a brand new vehicle, especially with his own workshops, is going to be significantly lower than for vehicles potentially entering their fourth, fifth and sixth years. On top of that however, he added: “The DAF is a really good truck. We get a steady 8.5mpg plus on heavily loaded runs from our XF tractors and they are reliable with it.” This is the operator who had to deliver 25 full loads of turf into the Olympic stadium after the opening ceremony, at one load every 30 minutes, to get it ready for the next days’ events, so reliability is a big factor for him. He continued, “Also, having the latest trucks means we automatically meet national and regional emissions legislations. And just as important for me as an ex-driver, our drivers like the comfortable DAF cabs and love the fact that they are now getting them brand-new. Our drivers look after us, so we try hard to look after them.”

The arrival of DAF LF rigids, from 7.5-tonnes to 18.0-tonnes, designed and built at Leyland Trucks complete with PACCAR curtainsided bodies with tuck-under tail lifts, are largely a result of the growing investment by McGregor Logistics into its pallet operations at Tilbury and Doncaster. “We’d looked at local body-builders,” admits Keith Law, “but it was going to take two months from getting the chassis cabs before we saw the trucks. So, after visiting the Leyland plant and seeing Royal Mail, John Lewis and others going through, we thought, ‘That’s it, next time we get it all done at the same time and just get on with the job.”

The company finds the 7.5, 12.0 and 18.0-tonne LF DAF ideal in the narrower and more restricted environments around its Tilbury depot and into London. In the past it had run DAF CF products, but finds the payload and manoeuvrability of the LF means little is lost operationally.