The commercial vehicles division of Mercedes-Benz in Ireland had two reasons to celebrate after scooping two top awards at the recent Fleet Awards 2020. 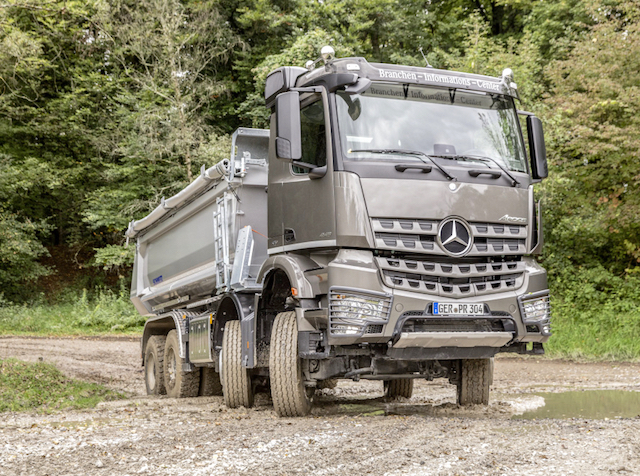 In their citation, organisers pointed to Arocs for being ‘a loadable truck that delivers power, robustness and efficiency in equal measure’. Particularly appealing to adjudicators, it said, was its high cab and elevated driving position, features that contribute to its all-round visibility and safety.

The MirrorCam system fitted as a standard feature on the new Mercedes-Benz Actros, for which it won the coveted ‘Truck Innovation Award 2020’, replaces conventional wing mirrors to improve aerodynamics and deliver ‘an altogether safer and easier driving experience’.

Projecting exterior images on to two screens within the cab, MirrorCam eliminates driver blind spots, reducing the risk of an accident as drivers undertake everyday manoeuvres such as exiting motorways, changing lanes and reversing.